During the first half of the last century, Colombia received its fair share of immigrants. While the pier at Puerto Colombia was no Ellis Island, it did receive many refugees from World War II in Europe.

While the European brain-drain undoubtedly benefitted the Americas, Colombia’s cultural landscape began to change quickly in the 1930s as a result of steady immigration from war-torn Europe, the arrival of seafaring traders from the Middle East as well as citizens escaping dictatorial regimes in our own hemisphere. Migrations from Brazil, Argentina, Chile and Venezuela helped secure artistic expression in Colombian and began to shape a fresh international view of the country’s arts scene.

Last month an exhibition titled Inmigrantes: Arte Colombiano 1930-1970 opened at the Library Luis Angel Arango of the Banco de la República. Created by the cultural foundation Gilberto Alzate Avendaño (FGAA) with the support of the Museo de Bogotá and Instituto Distrital de Patrimonio Cultural, it offers four independent views (and spaces) to showcase what foreigners faced when coming to these shores as well as their lasting influence on a country which sometimes received them with prejudice.

Fine art, foreign art
For Edward Goyeneche, one of the invited curators, one should understand that the “premise that foreigners had a decisive influence on shaping the intellectual, cultural and artistic modernity in Colombia between 1930 and 1970.”

“Immigration played a key role in the aesthetics and concepts related to fine arts, architecture, photography, critique, and artistic diffusion,” claims this visual historian in charge of the Luis Angel Arango  part of the multi-layered show. Goyeneche analyzes the work of four foreign-born photographers who managed to capture the spirit of the times by combining aesthetics and photography: Arthur Weinberg (German), Gerardo Reichel-Dolmatoff (Austrian), John Collier Jr. (American) and Robert C. West (American).

“The most important contribution relates to their influence in building a new look of Colombian society mainly by dealing with space, humans and culture,” claims Goyeneche.

If foreigners helped consolidate a Colombian identity through the use of photography, they also opened doors to many contemporaries in the world of art criticism. Sociologist Ruth Acuña emphasizes in her exhibit the work of Casimiro Eiger (Polish), Clemente Airo (Spanish), Francisco Gil Tovar (Spanish), Marta Traba (Argentina) and Walter Engel (Austrian) as pioneers of art critique as well as those who started libraries and book shops to promote reading. Karl Buchholz (German) and Hans Ungar (Austrian) were well-known librarians who contributed to Bogotá book culture.

Architecture is given its own space at the Museo de Bogotá when it comes to showcasing the creative force of foreigners. Curated by architect Óscar Posada, we can see the influence on our cities and buildings by masters who looked at Old World movements while designing buildings where the social fabric and norms were still being studied.

In this exhibit, one can appreciate the architecture of Albert Dothée (Belgian), Bruno Violi (Italian), Leopoldo Rother (German) and Otto Marmorek (Austrian), among many others.

A critical perspective
Another invited curator, John Castles presents at the FGAA the immigrants who shaped the national fine arts scene during those critical decades thanks to their global understanding of design and technique. Many of these artists continue to educate and conduct workshops throughout Colombia.

‘Inmigrantes’ is an ambitious undertaking which brings together four curators in three separate spaces. In order to fully appreciate this exhibition, one should set aside time and read up on the lives and achievements of some of the foreigners mentioned. Although there are many visual references and documents, ‘Inmigrantes’ should not be viewed as a closed study on how foreigners influenced Colombian art, but rather how Colombian art continues to grow thanks to an implied understanding that the visual must always be universal. 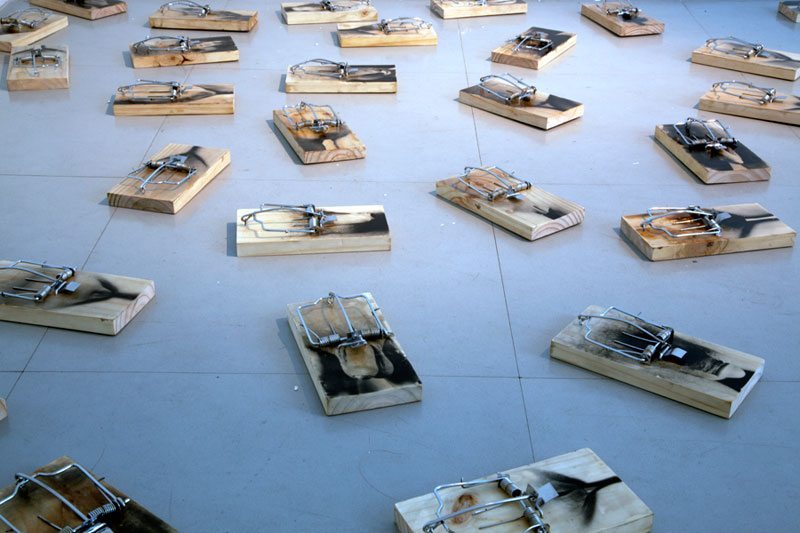