The 13th edition of the International Music Festival of Cartagena has been resounding within the walls of the colonial Old City since launching January 4th with a concert by the London Philharmonia Orchestra.

In venues that include the chapels of the Santa Teresa and Santa Clara, as well as the ornate Republican age theater Adolfo Mejía, this year’s event is themed Armonía Celeste and is uniting audiences around the theme that music, mathematics and astronomy result in Celestial Harmonies. With repertoires that cover 500 years of musical history, many performed on period instruments, on Thursday, January 10, the English Baroque Soloists gave a concert that captured the essence of a festival that beautifully melds ancient venues with baroque masterworks.

In front of an audience of some 200 spectators seated inside the Santa Teresa chapel of a convent built during the Spanish conquest of the New World, the English Baroque Soloists conducted by Dinis Sousa performed three works by Johann Sebastian Bach (1685-1750), including an energetic rendition of Orchestra Suite No.2 in B minor (BMV 1067), with Kati Debretzeni on violin. Harpiscordist Paolo Zanzu gave an exceptional performance of a lesser-known work by the German composer, his Concerto in E major (BMV 1042).

The performance by the English Baroque Soloists was one of three concerts offered Thursday in a festival that has become de rigeur for those who enjoy classical music, and which during 10 days brings together world-class orchestras, soloists and chamber music ensembles.

The San Pedro Claver square flanked by the stone ramparts that once protected this slave port from marauding pirates and the British Naval fleet commandeered by Vice Admiral Edward Vernon was the venue for an evening concert with plenty of counterpoint, beginning with a visceral rendition of French composer Darius Milhaud’s (1892 –1974) Le sur le toit, played by Emmanuel Tjeknavorian on violin and Maximilian Kromer on piano.

Accompanied to the chiming of the San Pedro bells, the four male vocalists of New York Polyphony plucked at the audience’s heart-strings with five melodies, including a woeful Schöne Nacht by Wilhelm Nagel and the traditional Irish classic Danny Boy. The evening ended with three Colombian songs, representing the country’s Caribbean and Pacific coasts, played by the youngsters of the Cajicá symphonic wind and brass band. By the time the tubas and trumpets were blaring to the rumbling an approaching tropical storm, the colonial streets of the walled city were thronged with silent spectators, charmed by an under-the-stars concert that encompassed both the classical and contemporary, and with the musical virtuosity to defy gravity. 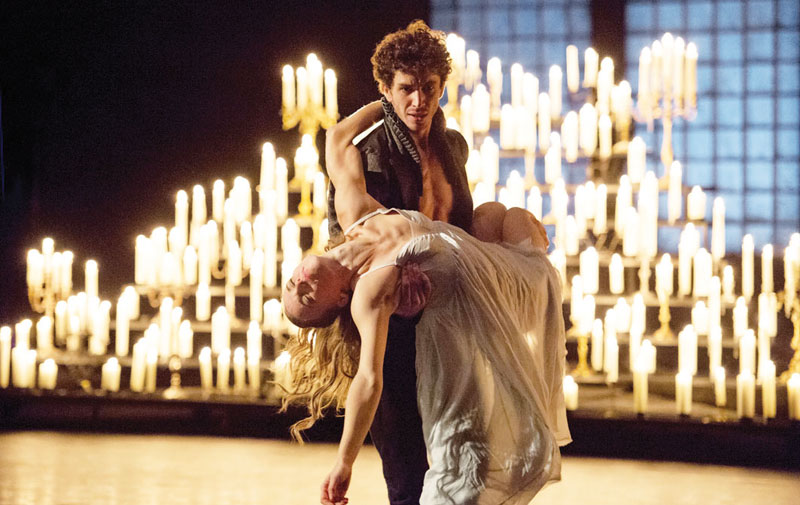