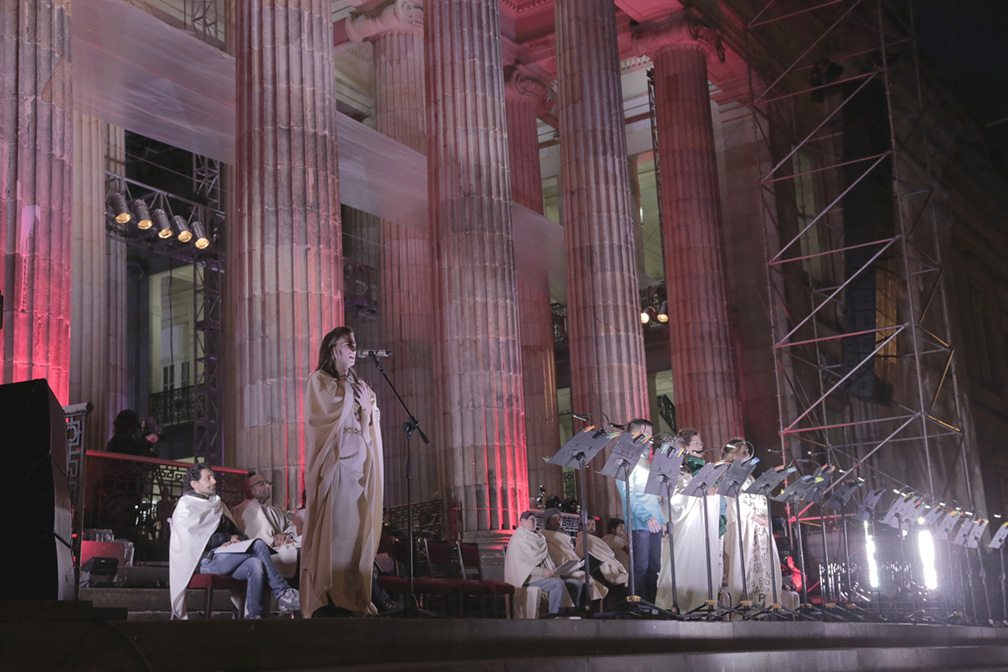 The Ministry of Culture and Teatro Colón teamed up to sponsor the peace concert “Tejiendo la Paz” (Weaving Peace) with 120 artists on a stage overlooking the historic square, as well as the National Symphony of Colombia and sixty voices of the Choir of the Ópera de Colombia. The concert will be transmitted live on the state’s television channel, Señal Colombia.

Live music, multimedia projections on the façade of the Capitol and choreography involving 3,000 meters of colored tape, has a single purpose according to the Ministry: to ask Colombians “to weave the peace and reflect on the significance of the historical moment for the country.” The artists on stage will be joined by twenty members of the Victus laboratory – all victims of the armed conflict, from civilians, to retired military, former guerrillas and demobilized paramilitaries.

Spaniard Natalia Menéndez, director of the International Festival of Classical Theatre Almagro is in charge of the over-all artistic direction of “Tejiendo la Paz” and that weaves its way through words and a play by Elena Maria Sanchez. Texts adapted from Euripides, Sophocles, Gabriel García Márquez, Carlos Castro Saavedra, Jotamario Arbelaez, Alfredo Vanin, Hugo Jamioy Juagibioy, Yenny Muruy Andoque and Vito Apüshana (a poet of the Wayúu peoples) will be performed by a cast of 17 very well-known actors. The audience will then appreciate the cumbia Violencia by composer José Barros and interpreted by Leonor González Mina, “La Negra Grande de Colombia.”

The National Symphony Orchestra under the baton of Alejandro Roca will perform emblematic works by composer George Frederick Handel, including excerpts from The Messiah, Zadok the Priest and Israel in Egypt. Colombian mezzosoprano Monica Danilov will sing the aria “Pensieri, voi my tormentate” from Handel’s Italian opera Agrippina. Luis Díaz Hérodier conducts the Choir of the Opera of Colombia.

“Weaving Peace” is an initiative by the Ministry of Culture and Teatro Colón, and admission to this large outdoor event is free. If you want to be part of this generous cultural undertaking, give yourself plenty of time as the Plaza de Bolívar will be very busy and the only entrance to the main square is located at the corner of Carrera 7 with Calle 10. 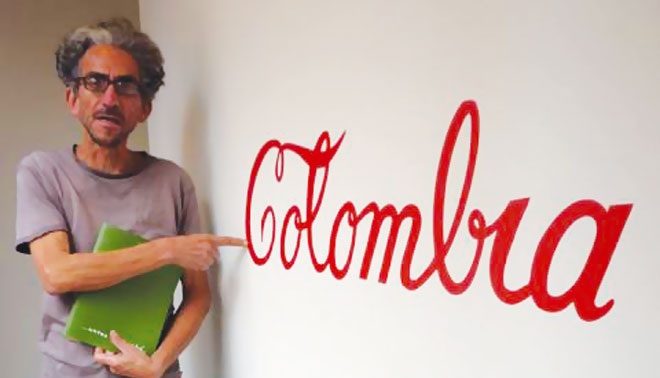