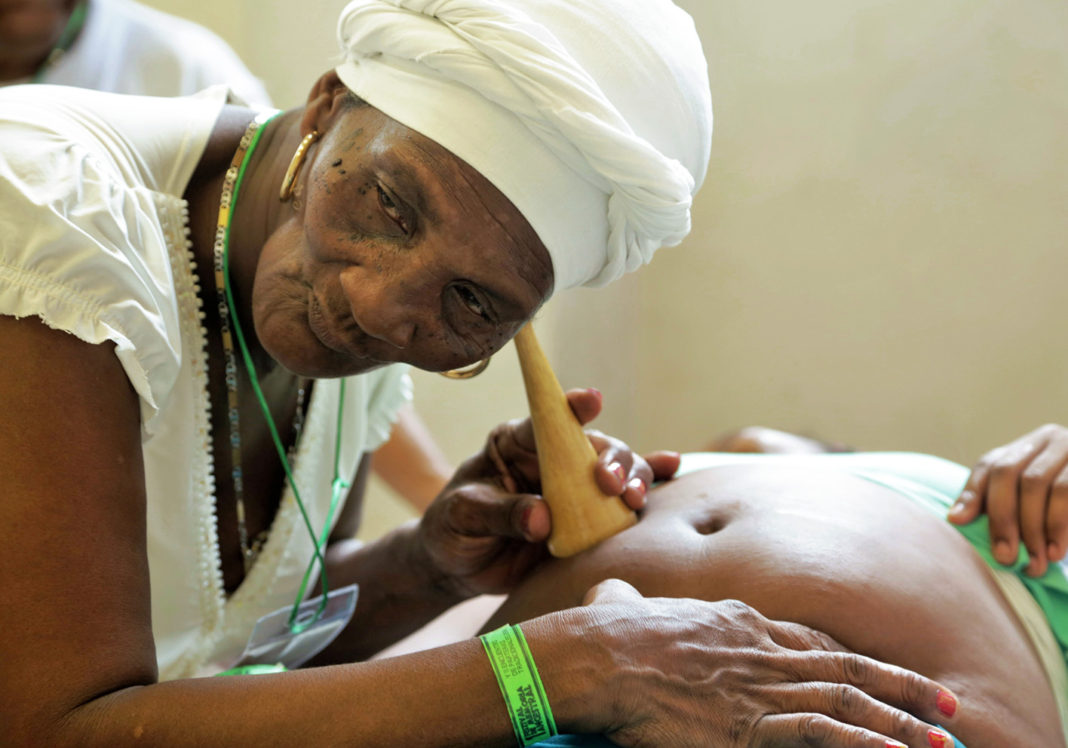 The traditional midwives of Colombia’s Pacific received the approval by the National Council of Patrimony to be included in the Intangible Cultural Heritage list for a profession that has been handed-down through generations and has contributed to the welfare of Afro-Colombian women.

There are some 1,600 traditional parteras in the Pacific region and represented by Saberes Asociados a la Partería Afro del Pacífico (Asoparupa). “The Council considered that midwifery represents an ancestral tradition that is active and must be preserved,” said the Ministry of Culture’s Director of Patrimony, Alberto Escovar-Wilson White. Liceth Quiñones, Director of Asoparupa said that the declaration “is a recognition and appreciation to a whole community dedicated to this beautiful craft and now recognized by the government as having a cultural and territorial identity, focused on gender.”

The midwives of the Pacific are admired and loved for their skilled hands, wisdom and comfort to women during labor. They are respected members of communities that are remote from urban centers and even though they reach a hospital several hours away prefer to deliver at home, in the traditional way, communicating in the same language to another women, surrounded by familiar chants and loved ones rather than an impersonal hospital ward. The parteras have also been fundamental in helping to educate thousands of Afro-Colombian women in post-childbirth on better health and sanitary practices.

Colombia’s midwives have also been fundamental in preventing mortality among women in childbirth. According to a 2015 United Nations report approximately 830 women die everyday from preventable causes related to pregnancy and 99% of all maternal deaths occur in developing countries. Improving maternal health was one of the eight U.N Millennium Development Goals adopted by the international community in 2000. While maternal mortality in the U.N report is “unacceptably high” it is also preventable as health-care solutions are well known.

Many indigenous communities across Colombia rely on midwives and revere them as sacred healers, who not only deliver babies into the world, but offer comfort to those at the end of life.

Enrique Serrano: A writer of our times, and “out of time”