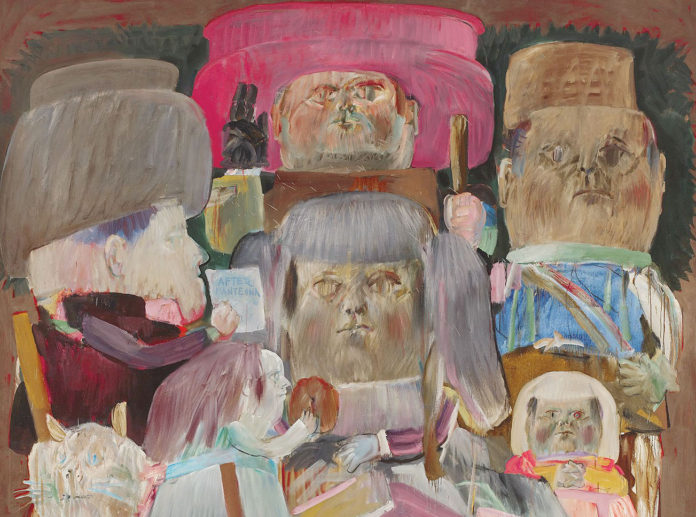 Fernando Botero’s paintings and sculptures are considered among the most important in contemporary art, and many of his works are housed in prestigious museums and galleries. In a career that spans seven decades, the 86-year-old artist continues to produce large-scale works and participates in major exhibitions. Even though his style is characteristically robust, with direct Colombian references, the exhibition that opened last month at the National Museum titled ‘El joven maestro. Botero, obra temprana (1948-1963),’ presents a different artist than the one celebrated for monumental bronzes that adorn landmarks in major urban centers.

The young master. Botero, early work (1948-1963) presents an unconventional image of a painter influenced by artistic movements, and who first took pen to paper in 1948 as an illustrator for the El Colombiano newspaper in Medellín.

“It’s a view of the first period of one of the most important artists in the world,” claims curator Cristian Padilla, “which covers the artist’s early influences in order to pursue a life as an artist.” To begin piecing together Botero’s early drawings and paintings, Padilla took on years of research and established contact with the artist in order to begin tracking works sold more than a half-century ago to collectors, many of which Botero couldn’t remember. The end result is an exhibition with 56 works, including rarely exhibited drawings and illustrations. The National Museum is hosting this exhibition to celebrate Botero’s 70 years as an artist.

The exhibition also references Padilla’s seminal book Fernando Botero. Search for style: 1949-1963, published in 2012, and obligatory reading for scholars of an artist who could interpret the world through the Old Masters, Impressionists, as well as the Antioqueño school represented in Pedro Nel Gómez (1899–1984), and Ignacio Gómez Jaramillo (1910–1970).

The opening section examines an “early genius,” winning at age 20 second prize at the 1952 National Artists’ Salon, and six years later, the top award. By age 29, Botero had sold a painting to the world’s most important collection of contemporary art: the Museum of Modern Art in New York City.

The section ‘Giotto Is Much Better Than Playboy’ shows the inquisitive “maestro,” in tune with cultural and political movements that were transforming Latin American society. The nationalism expressed by Mexican muralists, as well as the indelible mark left by the Italian Renaissance in European history, resulted in many unique works by Botero, from figurative to portrait, and several still lifes, all painted with energetic brush strokes.

By 1951, Botero moved to Bogotá from Medellín and achieved a number of successes. With the profits from his first individual exhibitions and the prize money from the National Artists’ Salon, the 20-year-old took off for Europe to continue his training. His initial interest in the modern art of Paris was soon overshadowed when he took up advanced technical studies at the Accademia San Marco in Florence. Botero’s early work, therefore, displays a syncretic admiration for Giotto, Paolo Ucello, and Piero della Francesca.

Years in Florence were followed by a return to Colombia in 1955, where the artist spent a brief and rather unsuccessful period in the capital. His next destination was Mexico, where new influences began to permeate his works. Although disillusioned by the Mexican muralists, Botero continued to admire the use of color employed by the young Rufino Tamayo, an artist who represented the break with the painters of the Mexican revolution.

After a few months spent reflecting on the role of volume, which he had neglected in pursuit of a more modern language inspired by Tamayo and Alejandro Obregón, Botero found his way again, thanks to a reexamination of pre-hispanic cultures and Olmec and Augustinian stone sculptures. The objects take on monumental proportions, and a series of oversized characters began to appear.

The most idiosyncratic title in this exhibition ‘Botero Didn’t Triumph in New York: 1958-1963’ looks at Botero’s time in Washington DC, Chicago and New York, where he had several individual shows, that consolidated an abstract expressionist style. Considered one of the most interesting periods in his career, the majority of these large canvases present a balance between restrained and bold brushstrokes, recalling influences of Robert Motherwell and Mark Rothko.

New York gave Botero professional recognition, even though in the monochromatic paintings one can sense that the artist was riding an emotional and creative curve. The sudden and stunning emergence of pop art in the early 1960s forced Botero to rethink formal elements, to go back to bold colors, and focus on volume rather than on abstract expression. In 1961, the Museum of Modern Art (MOMA) acquired a curvy and smiling ‘Monalisa, Age Twelve.’

The final section is a direct reference to the painting Consecration: Camera degli Sposi (Homage to Mantegna), on loan from the Smithsonian Institute’s Hirshhorn Museum in Washington. This masterwork is all about a newly discovered monumentality and zeal for reinterpreting historic artworks, including Camera degli Sposi by Venetian Andrea Mantegna (1431–1506). The painting is being shown for the first time in Colombia, and exclusively for this landmark exhibition that ends October 3. 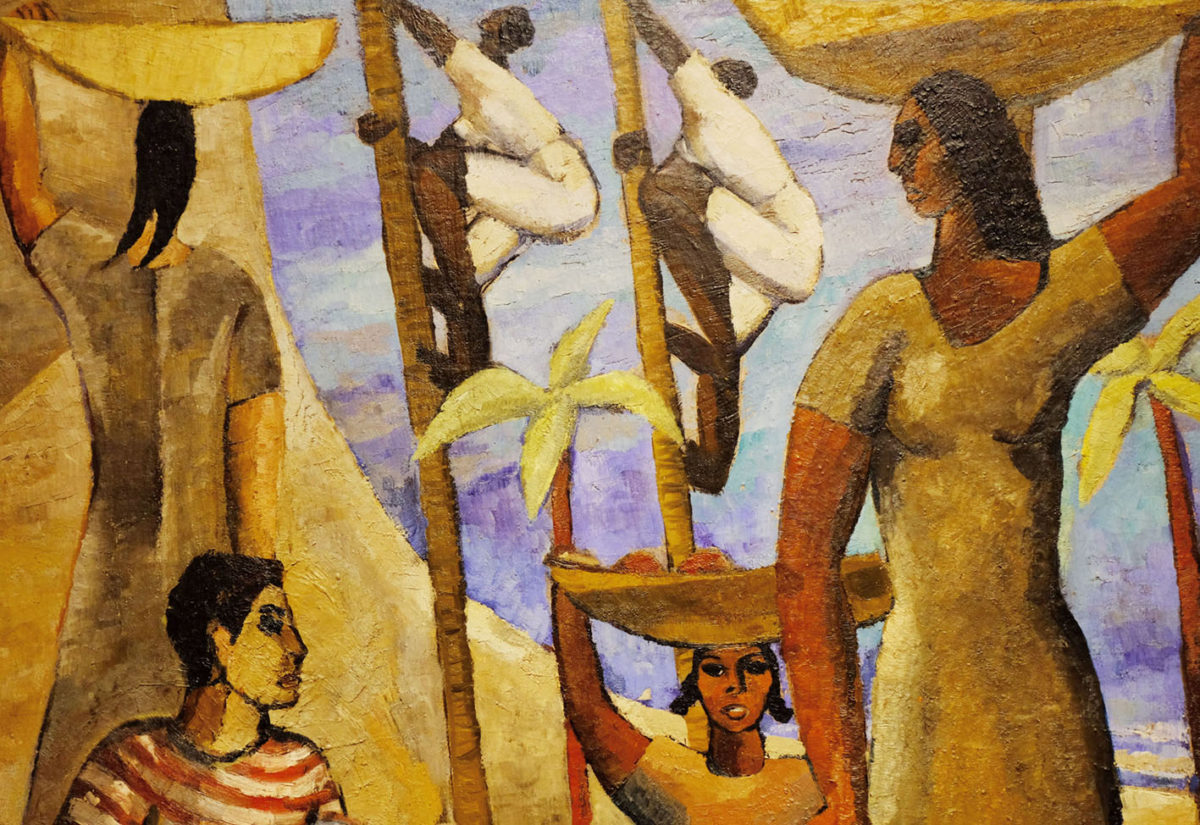