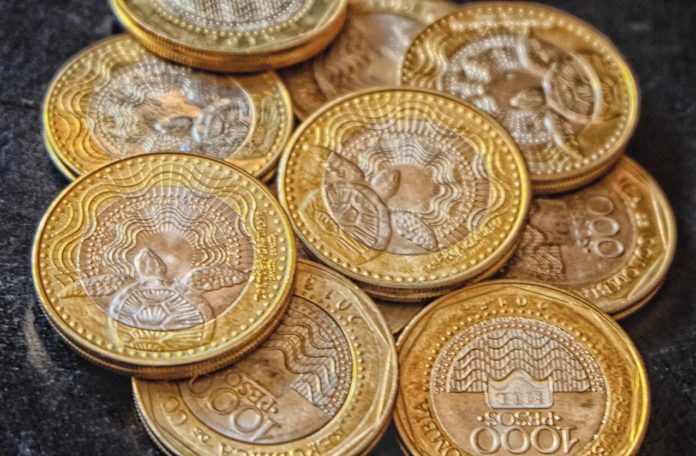 Three years ago, as global oil prices began to tumble, the economic prosperity of many emerging markets was replaced by – financial turmoil and political instability. From the restless tigers of south-east Asia to the promise of a Latin American decade of investment and prosperity, the reliance on non-renewable commodities drove a wedge into established macro-economic thinking, and Colombia, was not hedged to deal with a crisis that resulted in a sharp depreciation of its currency.

As the fall-out over low oil prices continues, some of the region’s econo- mies have dealt with the profound effects of adjusting fiscal accounts better than others, by reducing their dollar exposure and turning to domestic sources of funding. In Colombia, during the midst of a peace process with the oldest guerrilla insurgency FARC, the Colombian government presented a tax reform to Congress that expanded the collection base and raised the Sales Tax from 16% to 19%.

The Banco de la República is the authority on all monetary issues that affect Colombians, and bracing for popular discontent over a sudden three per- cent hike across the board in taxes, the central bank also had to keep inflation anchored while keeping the peso from breaking through the 2,600 benchmark to the U.S dollar during much of the Q1 of 2016.

Despite the announced Reforma Tributaría which would help pave a post-conflict Colombia, Finance Minister Mauricio Cárdenas announced that the economic forecast for GDP growth in 2017 would not meet 2,3% and analysts believe that 1,8% is a more realistic estimate now – two points lower than 2016, the worst on record this decade.

Supporting a balanced macro policy mix of maintain foreign exchange reserves while cutting down on tax evasion through the nation’s Customs and Tax Department (DIAN), Cárdenas, who represents the government on the seven-member board of the central bank, encouraged cuts in the key lending rate in an effort to boost consumer spending. By June 2017, the rate stood at 5.75%, yet the economy remained sluggish and an additional cut was required. In a July 27 vote, the rate was lowered an additional 25 points.

So while the Banco de la República may be forced to continue reducing the bank lending rate, 25 points at a time, the peso in July began to fall to the U.S dollar mark in July, trading above 3,000. Although this helps Colombian exports ride out the summer months, oil futures remain cautious that Brent crude will rise above $50 dollars a barrel for the remainder of 2017.

Colombia’s economic woes are marginal compared to its neighbor to the East, Venezuela. After a decade of economic and political collapse, the nation is on the verge of an all-out civil war. With 110 killed during anti-government protests that began three months ago on the streets of Caracas, tens of thousands have fled to Colombia to escape riots, looting and indiscriminate use of force by President Nicolás Maduro. Colombia’s immigration entity, Migración Colombia, announced last month that it would offer a special visa extension to more than 150,000 Venezuelans who have entered the country and over-stayed their 90-day visitor permits.

With Venezuela heading into the throes of all-out dictatorship, President Juan Manuel Santos said the Colombian government would not recognize the outcome of the Venezuelan July 30 vote. “This Constituent Assembly has an illegitimate origin, and be- cause of that, we cannot recognize its result,” said Santos, as the two nations face a total breakdown in diplomatic and commercial relations. Colombia’s flagship carrier Avianca has suspended all flights to Venezuela citing security and operational concerns, breaking with 60-years of offering an essential air link. Avianca was one of the last global carriers to retreat from Caracas.

The humanitarian crisis in Venezuela has begun to spill over the border with Colombia and this will not alleviate the fiscal burden of a nation implementing an exhaustive final peace accord with former FARC.

Even though Santos and his senior economic advisors believe the economy will rebound towards the end of the year, if the U.S administration extends sanctions on Maduro, a demand for Colombian oil may help alleviate the state coffers and reverse the devaluation trend of the peso. Venezuelan oil exports account for roughly 10% of all U.S domestic consumption and wider sanctions by President Trump – including a complete prohibition on Venezuelan oil – may force Colombia to meet demand.

With a 2% GDP growth by the end of the year, Minister Cárdenas believes the country will be better equipped to meet the challenges of 2018, a crucial election year in which voters will cast their ballots defending the peace process with FARC or electing a future president to renegotiate the terms of the final accord.

Despite uncertainty over the economic outlook, Cárdenas insists Colombia’s growth will be higher to the other Latin American nations. Yet despite the tax reform, the minister announced that $5 billion pesos (equivalent to US$1.6 billion) had to be slashed from the 2018 budget proposal.

Sound budgetary policies and a crackdown on corruption is what Colombia needs to maintain a measure of confidence in an economy marked by luck-luster productivity. In the meantime, $3,000 pesos to the greenback seems to be the new “normal” and given Venezuela’s end-game, investors may find renewed confidence in our ‘‘tiger”of the Americas.