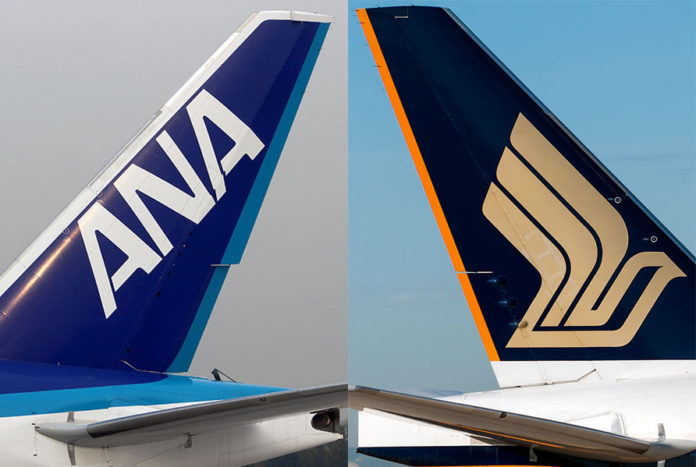 Colombia’s flagship carrier Avianca has entered into two code-sharing agreements as part of an expansion towards Asia.

Singapore Airlines (SIA), widely considered one of the world’s best airlines and Star Alliance partner with Avianca (AV), agreed to add its official “SQ” code to Avianca-operated flights from two European hubs: Barcelona and London. In turn, Avianca gets its “AV” symbol on all SIA flights between Singapore, Barcelona and London.

“This new codeshare agreement […] provides our customers with seamless connections to Bogotá, the financial and commercial center of Colombia. It is another example of our commitment to continuously expand our network to offer customers greater accessibility and travel options,” said SIA’s Senior Vice President Tan Kai Ping.

“The signing of this codeshare with Singapore Airlines, allows us to expand our route network and to offer our customers an even broader connection with the world while maintaining excellent standards of service,” said Avianca Managing Director of Alliances and Airline Partners, Juan Ricardo Castillo.

Avianca operates a daily service from its Bogotá base with a Boeing 787 “Dreamliner” to London’s Terminal 4 (Queen’s Terminal) and Barcelona’s El Prat.

For passengers heading to Japan, Avianca also announced that it is expanding an existing codeshare with the Japanese carrier All Nippon Airways (ANA) as of February 12. The flights will connect Japan’s major cities with Bogotá and San Salvador via Mexico City. ANA operates a direct daily flight on a “Dreamliner” between Tokyo’s Narita International and Benito Juárez International Airport.

“The expansion of this shared code with ANA will allow us to offer more connection options to business and tourism travelers coming from the Japanese market. It is an honor for Avianca to offer the passengers of ANA the World Class Service that characterizes us,” stated Hernán Rincón, Avianca’s Executive President in an official statement.

All Nippon Airways was named by Air Transport World (ATW) 2018 Airline of the Year and the second time in five years that Japan’s largest carrier takes top honors.

Closer to home, Avianca begins a daily direct flight from Lima, Peru, to Mendoza. Argentina. Wine lovers will delight with this new service that connects Bogotá through the Peruvian capital with one of Argentina’s most beautiful cities and located at the heart of its world-famous wine-growing region. Avianca currently offers a direct daily service to Buenos Aires.

As of April 1, Avianca will depart every night from Lima’s Jorge Chávez International at 11:15 pm arriving in Mendoza the following day at 4:00 am. The flight then departs Mendoza at 6:05 am arriving back in Lima at 7:55 am.

Whether you’re ready for that weekend escape to the land of Malbec or planning a tour of Asia-Pacific nations, Avianca with its new partnerships and greater connectivity within South America, can fly you there.