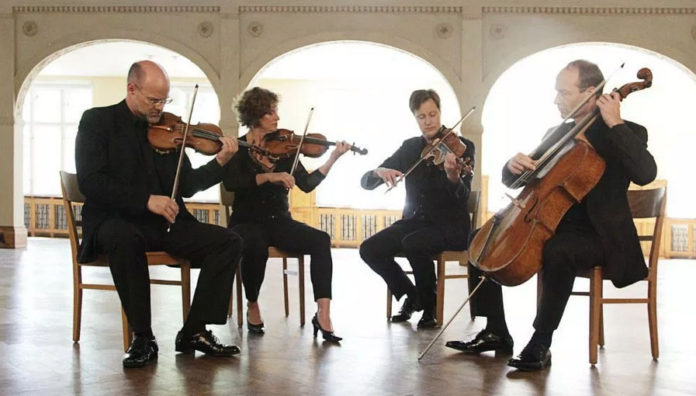 The more we know about the lives of composers, the more we understand the world they inhabit, and this is particularly acute with the Romantics during a historical period that began in 1820 and ended in 1900. What marked this turbulent chapter in music was a rupture with the preconceived ideals of their classical forebearers that music had to be always pleasing on the ear, but also, that music like other art forms, had to address profound political and economic upheaval.

As a result of the French Revolution, the Napoleonic Wars and the advance of the Industrial Revolution, European societies were in a state of constant flux, challenging the traditional values set by the nobility and Church. The rise of the middle class in rapidly growing cities also challenged the notion that composers needed patronage in other to write and therefore, put unprecedented emphasis on self-expression and individuality.

Romantic ideas spread as fast across Europe as revolutionary zeal, and with the Romantics, music found new expressions in the symphonic poem, concierto, opera and art song – the latter of which had its great exponent in Franz Schubert. Of the many masters of a movement that championed emotional emancipation from creative restraints, three are the subject of the IV International Classical Music Festival of Bogotá.

During Easter Week, from April 17 to 20, the fourth edition of the festival brings to 15 stages in the city 50 concerts with works by Brahms, Schubert, and Schumann. Interpreted by world-class soloists, quartets and the Bogotá Philharmonic Orchestra (OFB) under the baton of leading conductors.

We begin with Austrian Franz Schubert (1797 – 1828) and his Overture to Rosamunde, Op. 26 D.644, that forms part of the inaugural concert on April 17 with the OFB conducted by Eckart Preu (Germany). The following night, Schubert debuts on the stage of the Teatro Colón with the National Symphony Orchestra and his Symphony No.5 in B flat major composed at age 19 in 1816, and one of 200 compositions that same year. With two Allegros, this vibrant work is in the hands of the NSO’s resident conductor Olivier Grangean (France). Two other works by Schubert will also be performed on the stage of the Colón, April 18, Symphony No.3 and Salve Regina.

This concert by the Konstanz Philharmonic conducted by Finland’s Art Rasilainen is accompanied by Austrian soprano Cornelia Horak. On April 19, Schubert’s song cycle The Pretty Miller Girl, based on poems by Wilhelm Muller will be sung by the Spanish baritone José Antonio López. For fans of Robert Schumann (1810 – 1856), the opening concert will feature the only piano Concierto composed by this German romantic – Opus 54 in A minor. French pianist Lise de la Salle will play a work that premiered in Dresden in 1845. Another renowned pianist Christopher Hinterhuber (Austria) also interprets Schumann with a solo performance at the Teatro Mayor Julio Mario Santo Domingo on April 18. The Austrian who performs at Mozart Week in Salzburg will give a passionate rendition of one of the composer’s most famous works, Fantasy in C Major, Opus 17.

The life of Johannes Brahms (1833 – 1897) covers most of the eight decades of the Romantic period and German composer who spent most of his professional career also in Vienna, Austria. Brahms in Bogotá comes to the most established stages as well as public venues where those who would not ordinarily have to chance to hear music by the Romantics are very much a part of this festival, and a leading objective by the mayoralty to reach audiences in vulnerable communities.

More than a dozen of Brahms’ most emblematic works are in the programme, including Schicksalslied which was composed for a large orchestra and choir, and one of several major choral works. The Song of Destiny will be played by the Dresden Festival Orchestra under Josep Caballé-Domenech (Spain), accompanied by the choral society Santa Cecilia. This concert takes place at the Teatro Mayor Julio Mario Santo Domingo on April 18. Another Brahms moment takes place on the final day of the festival, April 20, with pianist Stephen Hough (UK) playing the Concierto No.2 with the OFB directed by Zoe Zeniodi (Greece).

As a UNESCO listed Music City, Bogotá lives up to this important recognition with a festival that with backing from the mayoralty can offer tickets at subsidized prices. A highlight of the Semana Santa cultural agenda, the IV International Classical Music Festival of Bogotá is a grand initiative that delivers beautiful music and educates when it comes to the composers who shaped the course of history.

For a complete listing of the programme visit: www.festivalmusicaclasicadebogota.org