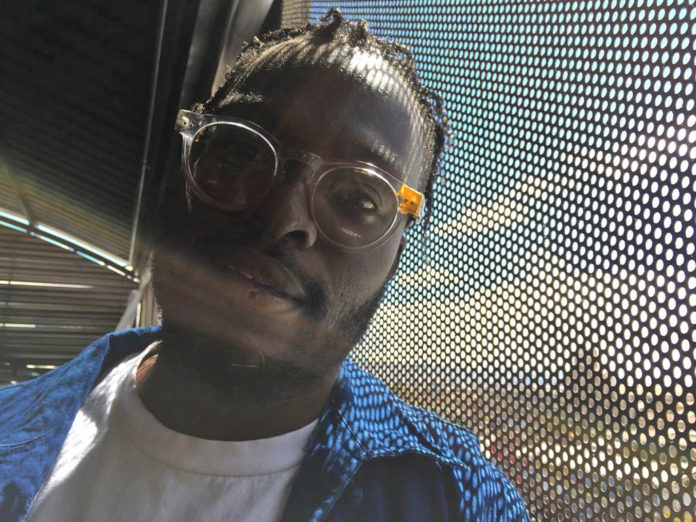 Destitute urban areas around the world are becoming hubs for Orange Economies to flourish and revitalize city life. Creativity and hard work are the most important assets start-ups can have. From New York and Lisbon to Hong Kong and London, Bogotá is no exception: the Bronx Creative District, BCD, is working to offer a future of possibilities and economic sustainability fueled by local government incentives, private investment, community participation, and innovation.

The Mayoralty of Bogotá is leading the BCD project, the first for Colombia, and is reaching out to other cities to learn from their experiences. Under the Good Practices Program and in cooperation with other governments, it brings experts in different fields to share their insight, and encourage an interdisciplinary dialogue among public servants working on projects like the BCD with the support of the UK Government.

One such expert is Kwabena Amposa, community manager at Peckham Levels, a Southwark creative hub that offers opportunities to small businesses and locals in what used to be an abandoned parking lot in London. The company managing Peckham Levels is Make Shift, which also designs and builds orange economy public projects.

According to Amposa, for initiatives such as the Bronx to succeed and outstay future local governments, community participation in decision making and, later, overseeing management is key. “You don’t want to come across as being arrogant, having all the answers. Through an open dialogue, and by working together, problems can be solved,” he explained.

Peckham Levels was selected among 17 creative districts worldwide. Although none compare to the heinous history of Bogotá’s Bronx, similarities with Peckham Levels regarding unemployment, off the beaten path location, and tough social dynamics shed a light on how to develop the Bronx Creative District.

Mónica Ramírez, director of Fundación Gilberto Alzate Avendaño and leader of the BCD project believes Peckham Levels, “has become a success story on how to turn around a community.” For her, the Bronx, even though it is far from any major attractions, can become an energetic area in its own right for locals, people from other parts of town and tourists.

Ramírez knows that a monumental task lies ahead to keep convincing people to hang out in the Bronx Creative District. “We started the other way around. We were well aware that building the infrastructure was going to take a long time. But, we already had a space that was no longer unsafe, so we had to let people know it,” she said.

“We started organizing events, we started replicating the future of the creative district in the street,” she recalls. Since December 2017, when the Bronx Creative District opened to the public, 17,000 people, 90% of whom are out of area visitors, have participated in 20 events from book readings and fashion shows to graffiti interventions and theatrical performances.

One example of how a private-public partnership can work for the benefit of the music cluster was this month’s Bogotá Music Market (BOmm), organized by the Chamber of Commerce, and which invited Colombian bands, such as 1280 almas, Consulado Popular, El Freaky and Son De La Provincia among others, to perform before 205 international music buyers.

Local communities that border El Bronx, such as Los Mártires and Voto Nacional, have gained a sense of pride in being part of a district that is setting the standard in the city as a hub for cultural and creative events. For Ramírez, the city will keep organizing these happenings hoping people get a first hand experience of the area, and start having a sense of belonging.

For Amposa, understanding the complexities of the population that makes up the community and tailoring events interesting to them has proven successful. “Going out to a commercial center and drinking is not everybody’s culture,” he explained. Yet, he knows that “food is a massive part, it’s that one thing that brings people together, and it also tells a tale of peoples’ different cultures.”

A wide choice of restaurants, activities, business, and tenants can be essential for an orange hub to work. It can also set the path towards generating an exchange of ideas and financial sustainability by which, a bit like the stratification of Bogotá’s public services, help others finance their participation.

Creative hubs such as Peckham Levels are the result of joint efforts between the government and the private sector to benefit a community. Bogotá is no exception. Public policies and financing, as well as private investment and management will be essential in developing the Bronx Creative District.

For Ramírez, the council law that regulates the so-called Areas de Desarrollo Naranja, ADN, (Development Orange Areas), as well as the future regulation of the Orange Economy Law in Congress – whose advocate is President Iván Duque – will be fundamental in the development of BCD in the long term and other orange hubs in Bogotá and other cities.

She also announced that a public bid will open in the first trimester of 2019 to select the private operator, or a consortium of operators, to design, construct, curate and administer the project. While Bronx Creative District becomes fully operational by 2021, locals and foreigners can enjoy open-air events in a place that is slowly taking on a new reputation for Bogotanos. For a complete list of activities visit: