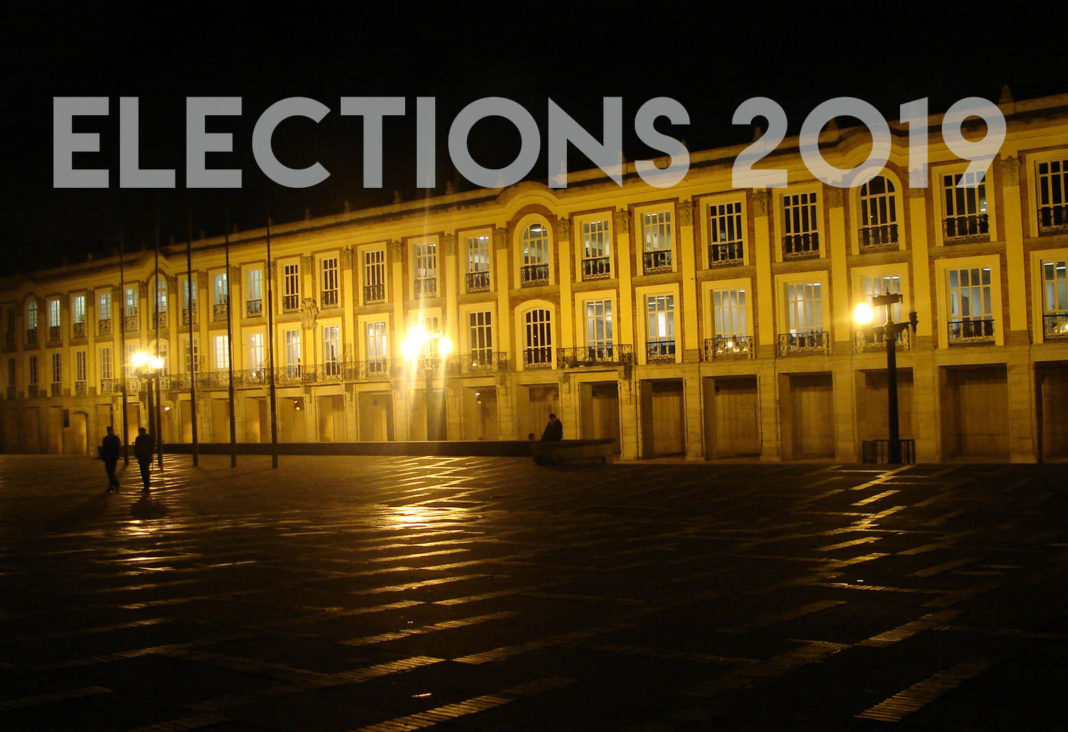 The Bogotá Mayoral race is entering a critical phase during the last month of a campaign that has narrowed margins among the four main candidates. Even though Claudia López of the Allianza Verde (Green Alliance) maintained a lead in a majority of polls over her closest rivals, independents Carlos Fernando Galán (Bogotá para la Gente) and Miguel Uribe (Avancemos) with Hollman Morris (Colombia Humana) trailing in fourth place, a poll released October 12 by Ivamer for Semana and Blu Radio puts Galán (34.3%) ahead of López (31.2%), signifying growing voter acceptance for the centrist candidate, and son of the slain New Liberal presidential candidate Luis Carlos Galán. Miguel Uribe Turbay, former General Secretary to Mayor Enrique Peñalosa, has also been steadily rising in the polls and ranks third at 18.3%. The official candidate of the Colombia Humana party, Hollman Morris has also seen his percentage points level-off during the last two months, and trails at 10.8%.

The stage is set for an election cliff-hanger October 27 when 5.3 million registered voters head to the ballot, marking the end of two Enrique Peñalosa terms (Peñalosa was first elected mayor from 1998-2000), and three by left-wing administrations of Progresistas (Gustavo Petro, Samuel Moreno and Luis Eduardo Garzón).

A Guarumo poll from September 29 that puts Galán (25.8%) in a tie-breaker with López (25.7%), also indicates that Bogotanos are getting to know their candidates, and among 4,200 polled, 63% were aged between 18 and 45. As the race enters a critical stage, alliances between the candidates have been publicly discarded and while the race to the Palacio Lievano for the top three (López, Galán and Turbay) maybe too close for comfort, the candidates enter the debate stage of the race with television appearances.

As the campaign plays out on the streets of the capital, the candidates have been investing in getting their message out on social media and print. For 33-year old Bogotá lawyer Miguel Uribe, and youngest candidate in the race, his highly visible campaign #Avancemos has as one of its main policy objectives the outlawing of drug consumption in all public spaces, and confronting organized crime with tailor-made technologies and enhanced policing. As one of Peñalosa’s most trusted advisors during the military operation in 2016 that reclaimed El Bronx from micro-traffickers, Uribe brings to the table plenty of tested experience in terms of security, and as this issue is close to heart of Bogotanos, all the other candidates have equally voiced their concerns over the deteriorating security situation in the capital.

For Claudia López, the 49-year old senator of Alianza Verde restoring the trust of Bogotanos with personal safety includes creating a special police division for TransMilenio and boosting an additional 2,000 officers to work shifts. Carlos Fernando Galán has also stated repeatedly on the campaign trail and during closed debates in educational facilities that security is his “number one priority.” The 43-year journalist and former Senator for Cambio Radical proposes, as part of his Security Plan, the doubling of security cameras from a current 5,000, and working in partnership with the private sector to ensure that the Security Secretariat can have access to the images captured on private cameras. Galán’s ambitious proposal to create a Rapid Deployment Force (Fuerza Urbana de Despliegue Rápido), consisting of highly-trained personnel with drones, has received its share of debate with the other candidates.

Even though Hollman Morris of Colombia Humana (a leftist coalition that backed the presidential aspirations of Gustavo Petro) has been in fourth place throughout the campaign, the former journalist and director of the city’s public television network Canal Capital has criticized the security situation of Bogotá, pointing the blame at Mayor Peñalosa, and proposing “more technical and human solutions” when it comes to fighting the surge in crime.

The four candidates in the race are committed to tackling critical issues that affect the quality of life in Bogotá, and while security is among the most urgent, so too, is mobility without compromising the city’s air quality and expanding access to free higher education.