Richard Meier first broke South American soil last year in Rio de Janeiro. Since then, the renowned New York architect, who has been honored with his profession’s highest accolade in the Pritzker Architecture Prize, has slowly been adding Latin American projects to his international oeuvre in Mexico City and now Bogotá.

The Colombian debut from Richard Meier & Partners is not just another notch in the architect’s Latin American portfolio. It is a milestone in Bogotá’s push towards a more refined urbanism.

His two mid-rise, 13-story Vitrum apartment buildings, facing Carrera Séptima on Calle 94, express a strong statement of variety in Meier’s vast portfolio and the cityscape of Bogotá. In a metropolis of 8 million people, the apartments will quietly sit within the subtle modernist language that pervades the neighborhood of Chicó in Bogotá’s north.

For the past five years, and concurrently in construction with Vitrum, Meier has been supplying the world with innovative and breathtaking skyscrapers, from Israel to South Korea to Mexico. The fact that Meier’s first Colombian offering in the vertically-growing city of Bogotá is a mid-rise of more humble stature attests to the architect’s versatile nature.

But humble in this sense refers only to the magnitude of the size — not the power of its materials and composition. Meier’s prominent architectural aesthetic is a consistent “whiteness” through his materials — mostly steel, aluminum and concrete — and we see this in Vitrum.

“The importance of white is it clarifies the architectural ideas,” said Meier.

Perhaps no other city in the world provides a more contrasting backdrop to highlight the stunning whiteness of Meier’s buildings. The green landscape surrounding these apartments, from the overall presence of the Andes to the proximity of Chicó Park, will only enhance the power of this colorless statement.

Moreover, for a city under a decades-long spell of “salmonian” red-brick units, the transparency of the continuous glass curtains and the purity of an all-encompassing whiteness will stand out as a new fresh idiom for the city’s affluent residential sprawl.

That is what he is doing with Vitrum. The contrast it will bring to the neighborhood is a critical element to the design and will quiet some of the pleas from locals for no more red brick.

In total, 37 new apartment units will be added to this city by the Vitrum project. This is an insignificant addition considering the 1 million new residents projected to call Bogotá home during the next decade, something Mayor Enrique Peñalosa is trying to prepare for with an attempt at urban reinvention.

But many foreigners, as well as local residents and entrepreneurs, have opened their eyes to the possibilities of cosmopolitan urban living in the capital.

“Why not Bogotá?” Meier told Katy McLaughlin of the Wall Street Journal. “The economy is strong, and there are people that want quality buildings to live and work in.”

In May 2014, McLaughlin reported that nearly three-quarters of the apartments had been sold, entirely to Colombians at a total of $2 million USD, even a month before ground was broken.

The Vitrum also embodies a nostalgic — and even ironic — significance. Richard Meier has boasted that his work has been influenced by French-Swiss modernist Le Corbusier, a master architect and urban planner who made many visits to Bogotá in the 1950s.

The government contracted him, alongside José Luis Sert and Paul Wiener, to design a modernist complex along the Avenida El Dorado, which evolved in the National Administrative Center (CAN).

Due to the  population problems similar to those we see in Bogotá today, the government also endeavored to rethink the city based on the boxy housing complexes so prevalent in Europe at the time.

The urban schemes and buildings that Le Corbusier labored over tirelessly never came to fruition, however. They were rejected by city authorities.

Later, a young Meier, who was only 25 years old at the time, boldly approached Le Corbusier in Paris offering himself as an unpaid intern at the master’s atelier. He was harshly turned down.

Now, Bogotá is entering another stage in its progressive urban reinvention, a repeat of the 1950s — only with a bolder contemporary dialogue. And it will be the once-scorned Meier who leaves a physical landmark on the city that rebuffed Le Corbusier. 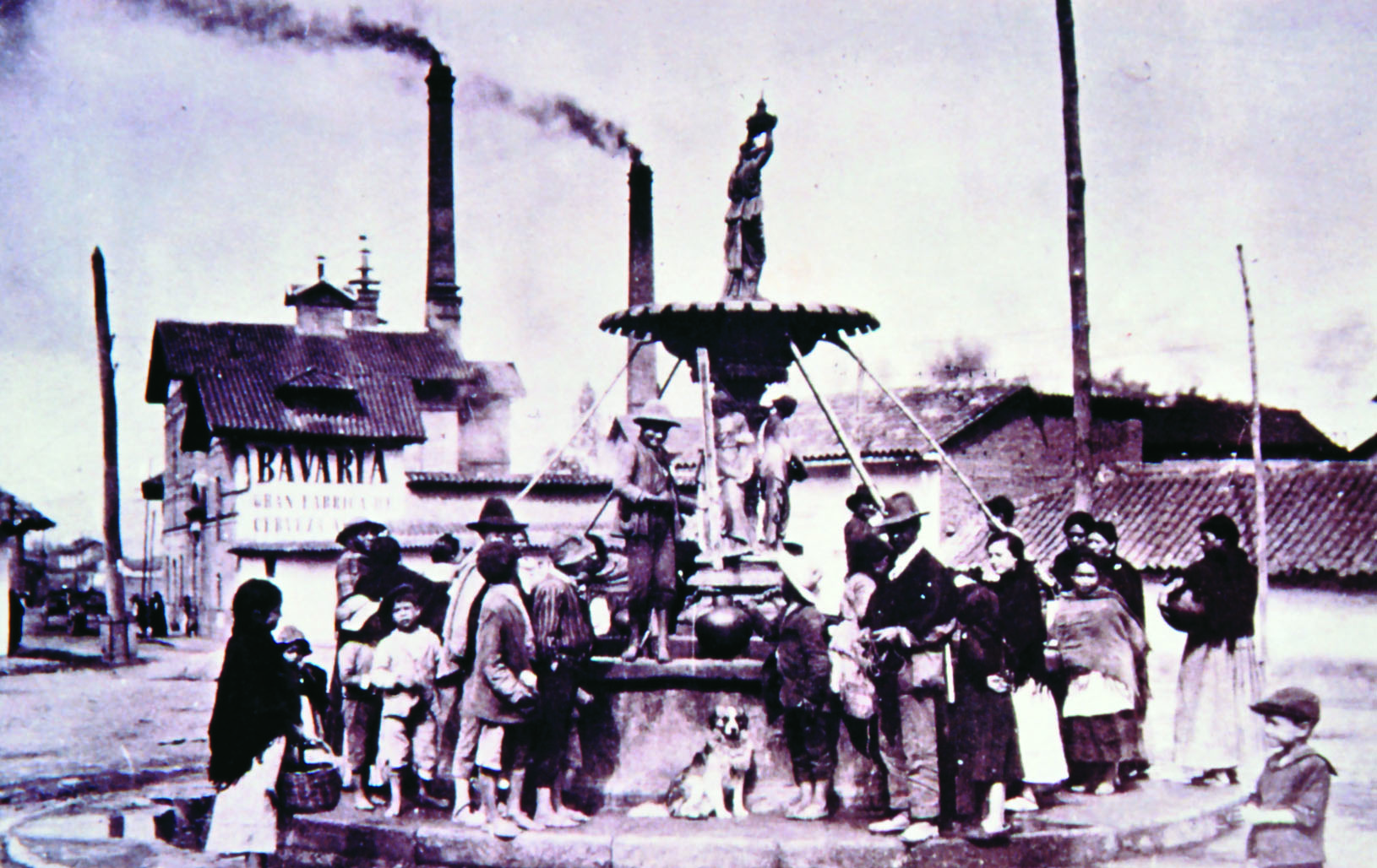 Bogotá: A city where our fountains run dry