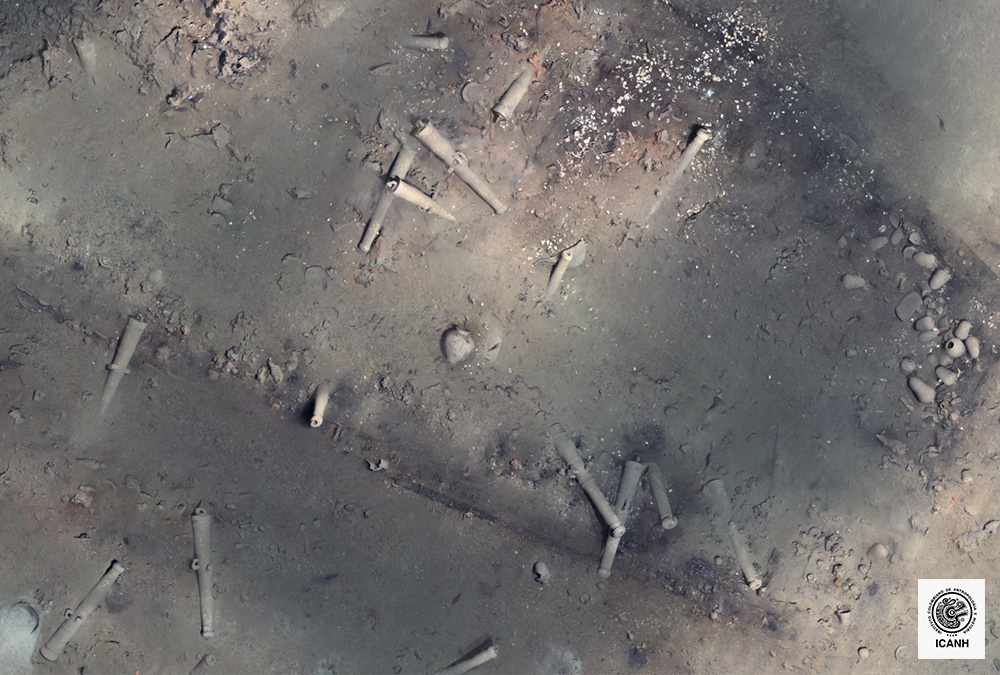 The Woods Hole Oceanographic Institution (WHOI) confirmed Monday that it used an automated submersible to capture the first images of the San José Galleon, sunk on the night of June 8, 1708, with 600 people on board during a fierce sea battle with the British Navy.

Located 600 meters deep off the coast of the Barú peninsula, some 40 nautical miles west of the colonial port of Cartagena, the San José galleon is referred to as the “holy grail of shipwrecks,” and its exact location remains a state secret.

The Massachusetts-based WHOI, considered the world’s leading experts on locating shipwrecks, including their discovery on September 1, 1985, of the RMS Titanic, used a REMUS 6000 to map the ocean floor where according to historical records, the San José was believed to have sunk.

In a joint exploratory venture with the Colombian Institute of Anthropology and History (ICANH), the vehicle hovered 10 meters above the wreck, capturing thousands of images, which last month were released by ICANH. In these images, engraved cannons, Chinese porcelain cups, and vases believed to be from Cuzco, Peru, are clearly visible. According to Rob Munier, WHOI’s vice-president, the images had been kept “under wraps out of respect for the Colombian government.”

Laden with gold, silver, and precious stones from the Spanish colonies of the New World, the galleon’s treasure trove is estimated to be worth US$17 billion today.

The legendary wreck was first discovered Nov. 27, 2015 by a team of international scientists and engineers during an expedition aboard the Colombian Navy research ship ARC Malpelo. The search was supervised by ICANH and Colombia’s Maritime Directorate (DIMAR). “The REMUS 6000 was the ideal tool for the job, since it’s capable of conducting long-duration missions over wide areas,” said WHOI engineer and expedition leader Mike Purcell during the press conference.

Big Picture: A volcano from the heavens