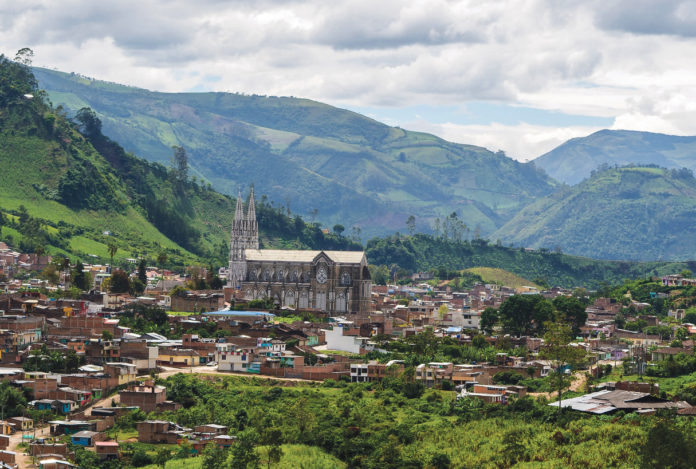 The department of Nariño joins neighboring Ecuador from the impenetrable jungles of the Pacific coast, to windswept plateaus near Ipiales, and then back down again to the Eastern Amazon and craggy valleys of the Sibundoy and Putumayo. While most travelers head to the department’s sacred shrine – Las Lajas – there are high altitude lakes for outdoor sports, including the largest in the department, and most visited, Laguna de la Cocha.

While Colombia tends to promote destinations at lower altitudes, the possibility of traveling the trails of a department named after Antonio Nariño, one of the founders of the Republic, and who wrote many of the laws that today weave this patchwork nation together, is timely. Like Nariño’s legacy, Colombia is still shedding the antipathy of war, for a theater of politics. Small towns such as Sandoná, hedged by rugged topography and its proximity to the departmental capital Pasto, don’t get their share of international attention, except, maybe, during the first days of every New Year, when Pasto sheds its politicking for frolicking with the Blacks and Whites Carnival. This celebration, pre-dates the conquest, when agrarian Amerindians would celebrate the harvest bestowed by a Moon Goddess perpetually shining above the Atriz valley.

After an overnight stay in the capital, I head northwest to the village of Sandoná, home to all things woven and graced by an ash grey neo-gothic cathedral. Looming over the red clay tiles of a village perched on the edge of a typical Nariño faultline, and gorge that could consume one of Europe’s smaller nation states, the views are breathtaking and a waterfall literally cascades into the village streets. After strolling  luminous blue and white streets, I settle for one of the town’s favorite snacks: panela shortbread. Sandoná is a quaint escape from Pasto, and the tradition of seeing artisans elaborate hats and baskets in all shapes and colors, more than make up for the curves in the road.

With no shortages of vistas, and the Galeras volcano a constant companion, touring Nariño must include sturdy trekking shoes and plenty of sunblock. If you attempt to climb the base of Galeras volcano head to the town of Yacuanquer, 25 kilometres south of the capital and initiate your walk towards Telpis. Most of the National Park Santuario de Flora y Fauna Galeras is closed to hikers given the mountain’s erratic behaviour.

The only drawback of a Nariño trip is the return home. The tiny terminal of Pasto’s municipal airport offers limited flights to and from the Colombian capital. On the clearest of days, you can arrive or depart by air, but all too often, the Antonio Nariño runway is closed due to cross strong winds and thick clouds. If you’re a nervous flyer, best prepare for a two-hour overland trip to nearby Popayan and catch your flight home from there.

Nariño will surely draw more tourists, and a few days in Colombia’s south is never enough to explore the southern Andes, even when Carnival is out of fashion, but hats always in.