Colombian music sensation ChocQuibTown’s new album, ‘El Mismo’, may come with a slightly more commercial tone than their previous offerings as they respond to growing international fame and appear to be reaching out to the masses.

But as the trio have said many times in interviews and even in the lyrics of their songs, they are staying true to their roots, and continue to express pride in the Pacific department of Chocó they all come from.

The group is made up of siblings Gloria “Goyo” Martínez and Miguel “Slow” Martinez who were born in the town of Condoto and later moved to Quibdo where the third member Carlos “Tostao” Martínez is from.

Chocó, predominantly populated by Afro-descendents, is an area rich in natural resources, yet it remains one of the most impoverished parts of Colombia. Problems facing the area include poor access to education, food insecurity, unemployment and in some cases lack of drinking water.

The San Juan region, where Condoto is situated, is a mining area which experienced an economic boom in the 1930s as companies rushed to the area looking for gold. A number of jobs were created around the mining industry, but when the gold rush ended and the big companies moved out, they left behind a string of unemployment and poverty to go with the deserted mines. Along with this depression came a number of social issues, including an increase in illegal activity.

In search of economic survival, many people went back to mining gold and platinum, but on a much smaller scale and without all the heavy machinery used by the big mining companies. This kind of work is often dangerous and the financial gains are much lower than they were during the boom years, making it an unattractive option and forcing peo- ple to seek other opportunities, some of them illegal.

Many youths were lured into gangs and drugs, and in contrast to people from other parts of the country who would typically join guerrilla groups because they were against the government, black people from Chocó were more likely to join FARC and ELN as a way of escaping from poverty, rather than due to political affiliations.

Promises of jobs, training and financial compensation seemed a much more tempting prospect than remaining in the area with few opportunities.

Another problem impacting on youth in the San Juan area is that many of the parents working in the mines have to travel long distances for work, mean- ing they leave early in the morning and return late at night. This leaves the youth unsupervised for most of the day and without anyone to help them with their homework.

With little else to do – no parks, libraries or extracurricular activities – it is easy for kids to be sucked into delinquent behaviour, sometimes leading to more serious criminal activities.

It is with this backdrop that ChocQuibTown have become an inspiration for the area. “Not only are they popular in terms of musical value, but the people of Chocó, especially the youth, look up to them as role models,” says Eddi Marcelin, Cultural Diversity and Youth Manager of NGO ACDI/VOCA who hails from Chocó.

“Through their music and success, ChocQuibTown provide hope that even someone coming from such a difficult area can overcome the hardships of life and achieve international fame.”

Since winning a Latin Grammy award, the trio have moved on from being a symbol of Chocó to becoming ambassadors of Colombian music, and have performed on stages across the world.

Despite international acclaim, they remain true to their Pacific roots, and have said in their own words that they plan to put Chocó on the map of the world. As if to drive home this point, their past hits ‘De Donde Vengo Yo’ (Where I come from) and ‘Somos Pacificos’ (We are Pacific) remain stubbornly among their most popular songs. While changing the tempo slightly as they move over to a fractionally more commercial sound, ChocQuibTown’s new album ‘El Mismo’ delivers everything fans have come to love and expect from the group. ‘El Mismo’ is also a good place to start for those not yet familiar with the Pacific hitmakers.

The album weaves through elements of hip-hop, world music, reggae, calypso and romantic ballads with the marimba featuring strongly throughout.

The title track sings in a dancehall hip-hop beat about the discrimination Afro-Colombians face, while ‘Cuando Te Veo’ (when I see you) is a romantic reggae tune that will have couples swaying on the dance floor. Other standout tracks include ‘Nadie Dijo’, ‘Tú’ and ‘Nuqui’.

Nowhere is pride for ChocQuibTown stronger than in Slow and Goyo’s hometown, which has also been the subject of one of their most popular hits, a moody folk-like ballad titled ‘Condoto’.

It seems fitting then that their new album was released just when Colombia and the world needed a little reminder about the existence of the small Chocó town. In May, Condoto was hit by a gale which tore through the town, ripping off roofs, destroying houses and leaving over 200 people affected.

The people of Condotó will move forward after this disaster with the words of Goyo, Slow and Tostao ringing in their minds, “it’s not easy, but we always survive”, as they sing in ‘De Donde Vengo Yo’ 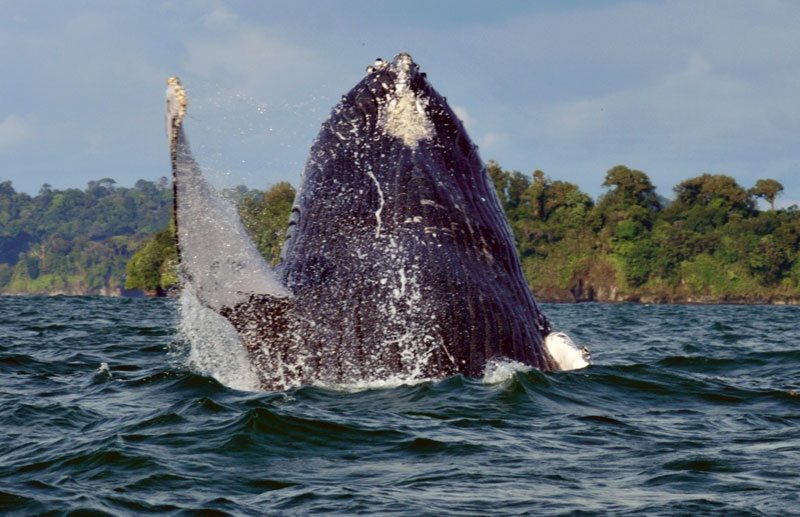