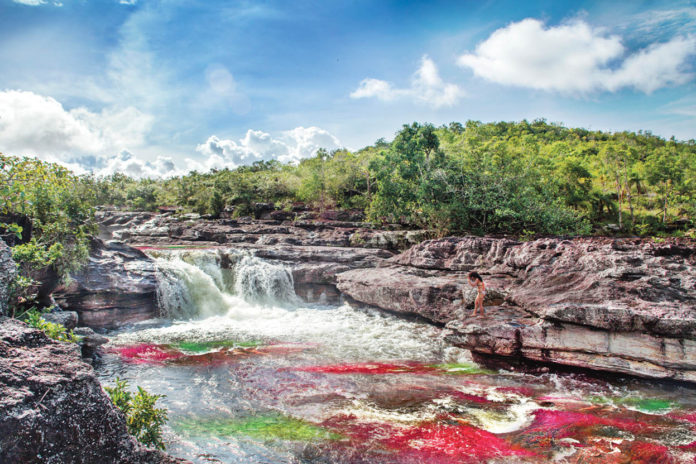 The ratification last year of the historic peace agreement with oldest insurgency in the Americas has set the wheels of a post-conflict Colombia in motion. One of the many industries that will benefit directly from peace is tourism, and now, that the ink has dried on the final accord, visitors to Colombia will be able to appreciate a plethora of destinations that only a few years ago were “off limits” given security issues.

The 2014-2018 National Development Plan “Todos por un nuevo país” (Everyone for a new country) – grants Colombia’s Ministry of Commerce, Industry and Tourism (MinCIT) the responsibility to expand a tourism portfolio to include four destinations that were closed-off to tourists given their proximity to the conflict, yet under the pilot project Turismo, Paz y Convivencia (Tourism, Peace and Coexistence) are territories of peace, that can be fully enjoyed for their new-found tranquility and spectacular natural beauty.

A diverse tourism portfolio includes promoting patrimonial towns; creating tailored routes through some of this county’s most awe-inspiring scenery; and adding four destinations to be marketed around the world. These are: The Path to Teyuna –Lost City of the Sierra Nevada de Santa Marta (Magdalena); Serranía de la Macarena (Meta); Putumayo and Urabá – El Darién corridor between Antioquia and Chocó. Now, travelers will be able to see much more of a country steeped in untouched biodiversity, amazing wonders and places where an ancestral past coexists with the present.

The four destinations listed above are opening themselves up slowly to the world, but in order to do so, need to generate sustainable jobs within a highly- competitive industry and present a destination that is truly unique both domestically and internationally.

Without a doubt, The Path to Teyuna that winds its ways from the coast to the Lost City of the Tayrona in the Sierra Nevada de Santa Marta is a must-do when visiting Colombia. As you head into the largest coastal mountain range in the world, you will witness the splendor of an ancient city, built on ceremonial terraces, connected by stone paths, that meander through lush tropical forest.

The government estimates that with the post-conflict foreign tourist arrivals to Colombia will grow 30% and this could be a conservative estimate, given that these four not-so-new destinations have reconciled their past to receive visitors who appreciate both nature and local culture.

A country with tourists is a county at peace. We see this in South Africa, Myanmar, Cambodia and Vietnam. Now it’s Colombia’s turn. The Putumayo department has turned the page on its conflict-ridden past and wants to showcase Amazonian rainforest, majestic rivers and remote communities. Visitors will be made to feel at home, far from home.

The Serranía de la Macarena extends from the foothills of the Eastern Cordillera and covers a large area of the department of Meta, jutting into the sky with craggy rock formations, giant waterfalls and possibly one of the most biodiverse places on our plant. It is also home to Caño Cristales, a vibrant river of colors, known as the “watery rainbow” and that shines its hues of red, yellow, orange, blue and green over 100 kilometers. Caño Cristales’ liquid colors derive from natural algae and visitors can stand in awe of a naturally carved landmark. This region, once a stronghold of the insurgency, has embraced peace, and so too the locals, who are proud of their fragile ecosystem.

The Urabá – Darien corridor is another region that is opening up to tourism with its many small towns nestled along the Urabá Gulf and Caribbean coast. From the capital of Antioquia, Medellín, the road to Apartadó cuts through the Llorona canyon, entering a tropical landscape of flowering trees, cattle ranches and vast banana-growing plantations. In this pristine biosphere of wetlands and impenetrable Darien rainforest, visitors will charmed by the local foods and a region so unchartered, that finding your way around depends on the hospitality of its hospitable locals.

From the “Heart of the world” in the Sierra Nevada to the Darién at the “Edge of America”, these four MinCIT-designated territories of peace are as much about opening up a destination, as providing the necessary tools of the trade so that locals can sustain their habitats for future generations.

And even though the regions are separated by imposing mountains and valleys, they are united in a common objective: show the best of paradise in the post-conflict.

For a complete listing of destinations within Colombia, visit the MinCIT’s official travel page: www.colombia.travel