It was one of those Felliniesque moments when we disembarked at Santa Cruz de Lorica, turning our backs on the mighty Sinú River, which pushed on relentlessly towards the sea. The afternoon light was changing from a shadowless intensity to a softer, golden hue. The market was over and the empty wooden stalls near the mooring were supporting empty bottles of beer. We seemed to have stepped out of time, to a Colombia of small rituals, such as the unloading of yucca stalks from a green 1950’s Ford, to the slamming of dominos in a local tavern.

As the second-largest city in the department of Cordoba, Lorica is a patchwork of architectural styles, from the Republican charm of the waterfront to modern office buildings in the “centro’s” administrative area. A few hours northwest of her colonial little sister, Mompóx, Santa Crux de Lorica was also once a buoyant trading town for everything from textiles to nuggets from alluvial gold mines.

Its name originates from pre-Columbian times, when L’Orica, the indigenous chief of the Zenú tribe governed over these wetlands. Today, Lorica’s population is 60,000, and although the gold business evaporated when the French mining experiment failed along the Sinú river, much of the enterprise for the Loricans shifted to cattle farming and banana cultivation. During much of the 18th century, the Sinú River.was rivaled only by the mighty Magdalena, in order to move goods from the interior to the port of Cartagena.

With trade to the Old World, came novels, grand pianos and the poetry of European masters. Lorica’s cultural heritage began to take shape and a unique coastal voice emerged with the words of one of its native sons: writer Manuel Zapata Olivella (1920-2004). Born into humble origins in Santa Cruz de Lorica, Zapata Olivella is considered one of this country’s great poets and whose texts consolidated an Afro-Colombian identity.

There are plenty of historical footprints of Lorica’s golden age and the modernism which followed around the city; from the bold print signs which lead to ochre alleyways to the iconic barber’s pole outside on the many peluquerías of the town’s main square Plaza de Bolívar, and facing white façade of town’s main house of worship, Santa Cruz de Lorica.

The town of Lorica is close to the beach towns of Tolú and Coveñas on the Morosquillo Gulf. Even though they are far less frequented than those further up towards Cartagena and Santa Marta, they offer visitors plenty of cabins with views of the sea, as well as the possibility of exploring San Jacinto, with its artisianal hammock industry or San Antero, where every year locals host a ‘donkey festival. ’

Lorica’s age of splendor is linked with the arrival of peoples from the Middle East. As the Sinú River opened its floodgates to immigration in the mid 19th century, a dock and covered broadwalk were constructed. The town became known as the “Pueblo Arabe” (Arab Town) in honour of its Lebanese and Syrian settlers. From the Sinú river, the red roofed El Malecón rises above a languid brown river, like a Parisian pavilion of the Belle Epoque transplanted to a New World. From the town’s main square, there are two others worth visiting: Cruz de Mayo and La Concordia.

A small bridge, the 20 de Julio,spans one of the estuaries of the Sinú, caño Chimalito, and showcases Lorica’s well-preserved Republican engineering.

There are no shortages of hotels, nor steakhouses, as the town lies at the heart of the Monteria basin: home to one of the country’s most important cattle growing regions. Most of the restaurants offer a “lunch time special” of grilled beef, boiled yucca and fried plantain. A coastal favorite, the fish stew (Sancocho de pescado) is popular on weekends.

Lorica lies 50 kilometers from Córdoba’s capital, Monteria, along a very well maintained road. From Monteria there are direct flights to all major cities in the country, including Bogotá.

For many decades, Lorica was off the traveler’s map given the fighting between paramilitaries and guerrillas in the nearby Montes de María range. Given the enhanced security situation, the town’s beauty has yet to be fully explored or documented. If planning a visit to his unsung jewel, there’s the Hotel Colonial in the historic district. Even though Santa Cruz de Lorica can be explored in one day, it’s best to give yourself that extra morning to explore the handicrafts sold in the town’s Plaza de Mercado, and brought in from nearby villages. There are interesting finds at this Plaza de Mercado, such as carved wooden bowls and hand rolled cigars. Of course, the emblematic sombrero vueltiao is stacked high on every stall.

While tourist guides will continue to promote Cartagena and Mompóx as top destinations of the coast, Lorica can claim its place as this country’s last and ‘lost’ colonial. 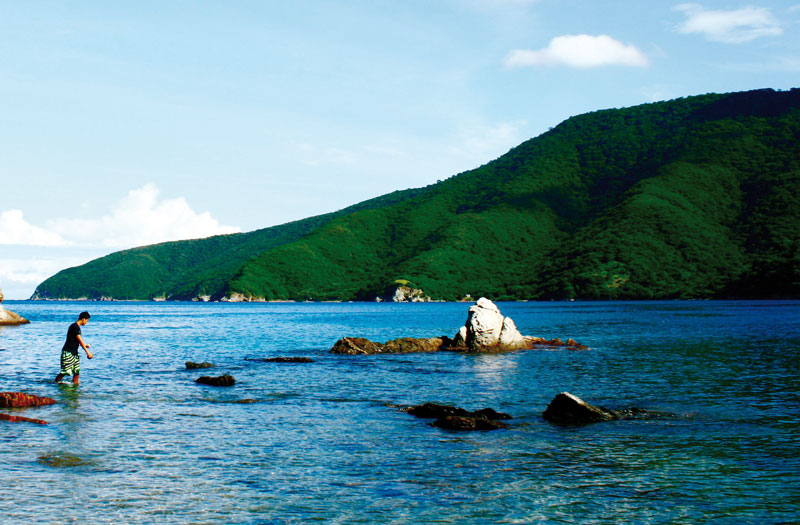