The towns of Santander are steeped in history. Literally. Built on arid plateaus and the edge of cliffs, these former colonial outposts with their grand Plazas and ochre walls are a walker’s delight. Following the old Royal Roads – Caminos Reales – in a zigzag that extends from the foothills of the Cocuy mountain range to the swamps of the middle Magdalena River, the towns of Barichara and San Gil may be familiar to tourists and thrill-seekers, but few venture off the paved road.

If you are drawn to adventure walks and like to follow in the shadow of 19th century explorers, then the story of German colonist Geo von Lengerke will get you motivated for a trip to Guane. Lengerke ambitiously set out to unite the highlands of Santander with the Magdalena retracing the original indigenous footpaths. Over six hundred kilometers of stone tracks once used for mules have survived and you can meander your way on these rocky trails through fruit orchards and tobacco fields.

Born in Braunschweig, Germany, in 1827 Lengerke set foot in Bucaramanga in 1852 and began exporting straw jipa hats, tobacco and cigars to Bremen. Before his arrival in the fledgling Republic, the only commerce between Santander and Europe had to pass through Zulia and Maracaibo in Venezuela. The German’s rise to prominence within Santander high society gave him the opportunity to expand the integration of the department with the Magdalena River with a series of suspension bridges, some of which still stand today.

Guane lies just 20 minutes by car from Barichara with its quaint shops and boutique hotels. While the road is paved and descends towards the Suarez River, many tourists prefer to do the two-hour walk to this quiet hamlet on Lengerke’s footpath. With just several hundred inhabitants, Guane is an Old World treasure nestled in the Andes. Next to the stone 17th century church, visitors can appreciate some of that what remains from the German experiment in Santander.

Heavy iron beams engraved with ‘Bremen 1867’ are now gates to private homes, and there is a particular look to the inhabitants of the Guananta region. Many are tall and fire-skinned, and when they flash a smile, their blue eyes light up. During his years in Santander, Lengerke miraculously found time to populate (thanks to his many girlfriends) the department. Wander with free roaming goats through a patchwork of narrow alleys and visit the town’s unique paleontological museum with its wall-to-wall collection of fossils. The beautiful historic stone church remains almost the same today as the day it was built four centuries ago.

While there is a good selection hotels in Barichara, Guane has few options. Best book for Barichara and plan a day in Guane.  Good walking shoes are a must when you follow in the shadow of this enigmatic German. 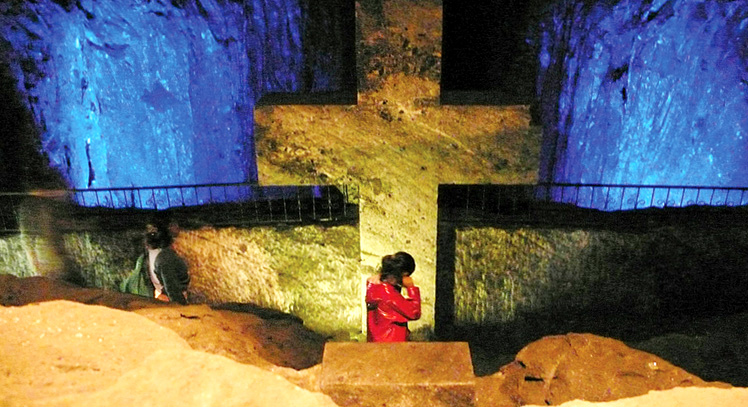 Shortcut to the Sabana