It would be too good to be true: the remote possibility that after four decades of an internal conflict that has claimed the lives of too many, the country’s oldest and most entrenched guerrilla organization, the Revolutionary Armed Forces of Colombia (FARC) would decide to give up their weapons and sign a definitive peace.

But last month, after the news that a carefully orchestrated meeting took place in Havana, Cuba, between FARC representatives and hand-picked Colombian government officials had leaked, President Juan Manuel Santos had to confirm what many already suspected: that the FARC and his administration had been keeping some channels of communication open just in case an opportunity like the one in Cuba presented itself.

Although the uprising of the Nasa indians has subsided in the southern department of Cauca and the perpetrators of the bomb attack against former Justice Minister Fernando Londoño were captured last month in Bogotá, the optimism that comes with the announcement of a potential peace process has been largely absent. The news was well received by many members of Congress, Senators, magistrates and former presidents  – all except Alvaro Uribe- and yet ordinary Colombians don’t seem to be able to muster the enthusiasm over the possibility to talk peace now.

There are critics who negate the intentions of the FARC and their capacity to follow through on any commitment, let along “negotiate” the handing over of territory and ideology unless there are financial and political concessions to be made from the government. Then there are the many “maybe” skeptics: those who believe that there is a historical moment to be seized and that the FARC are aware of this. But is this “moment” coming?

Santos is an honorable president who understands fully the political fallout of sitting down with the FARC at a negotiation table. Quite frankly – in the midterm of what seems to be a good first term – he has nothing to lose. He has signed into effect a comprehensive free trade agreement with the U.S. and Canada. He has achieved that many nations eliminate the paperwork and unnecessary delays for Colombians requesting visas for international travel. The economy is strong and foreign investment at an all time high. The signing last year of the Victims and Land Restitution Law essentially takes much of the steam from the FARC’s agrarian platform and talking point.

Respected for being a member of a well to do Colombian family and for his international exposure as an economist, many Colombians admire Santos for his social vision.  With a clear constitutional mandate to bring peace to Colombia, the president knows that he can’t spent the next two years in a blame game with the FARC. For peace to work there has to be an implied admission of responsibility from both sides for crimes committed.

While cocaine finances much of the violence in this country and has been bankrolled the FARC through ties to international organized crime and cartels, the end of the war in Colombia won’t be about money. A lasting peace won’t be brokered by bankers, even though to keep ex combatants away from gangs, the government will dig deep into the gross domestic product to come up with the right funds for financing a secure future. After almost half a century in the jungles, the now 8,000 strong FARC may find themselves integrating themselves into civilian life only if Colombians, from every walk of life, are willing to forgive, but not forget. In the same way the M-19 came together as a political movement during the elections of 1990, it would also be presumptuous to claim that all former combatants of the FARC will automatically adhere to a new political party. Many of the guerilla’s younger generation of fighters, and recruited from remote communities, may probably just return to their homes and farms with constitutional guarantees on the right to health and education.

So where can Santos possibly go with the FARC when it comes time to talk? I believe much of the success of the process will come down to personality-driven ambitions by both side and how this Colombian leader connects on a human level with the adversary.

While the final details being worked out, it seems that the government and the FARC have moved forward with an agenda in very little time. President Santos effectively only has 2013 ahead of him to hammer out a deal with the FARC, before a next election campaign starts in 2012. But what ever the outcome of these talks may be, it is important for Colombians to embrace a future of optimism as there is never ever a really good time to talk, but a honest conversation remains the only way at this moment in time, to diffuse a very old conflict. 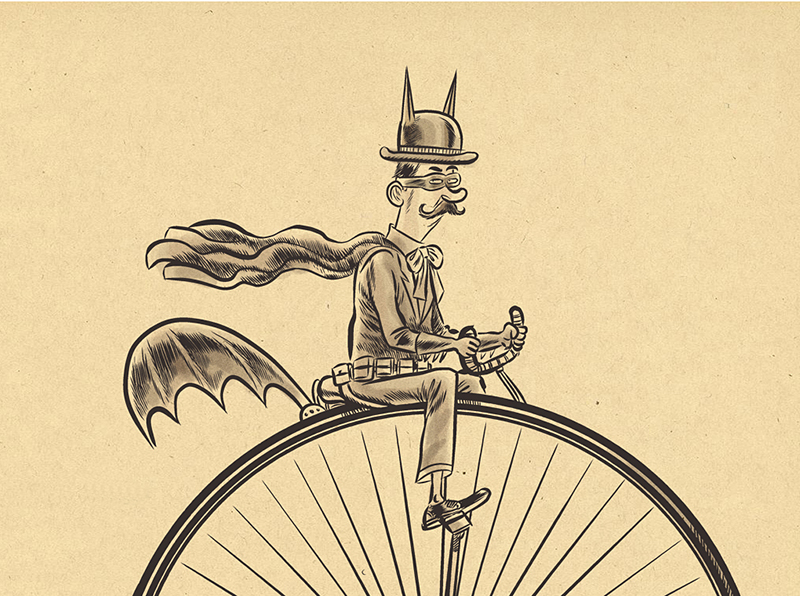 Rebalancing Public Spaces for Bicycles and…