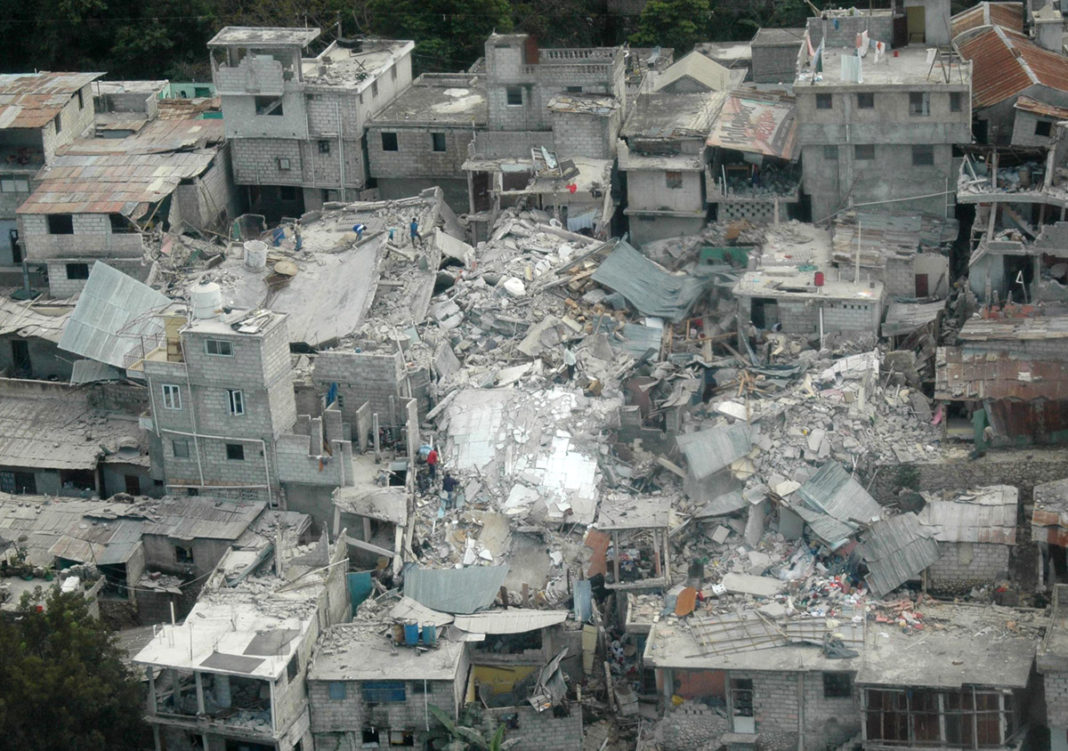 Rapid urbanization in developing countries is highlighting the urgency of such issues as rising sea levels, public health and security. Urban growth is creeping toward disaster-sensitive areas, including floodplains, wetlands, and mountainsides. Decades of top-down policies have made cities in the developed world somewhat safer, but, in developing countries, weaknesses persist in planning, infrastructure and governance. In particular, there exists a widening earthquake preparedness gap that calls for transformational rethinking in preparation and recovery.

Of the many types of disasters threatening dense areas, earthquakes are among the deadliest. Last year marked a century since San Francisco’s famous earthquake and fire, which claimed roughly 3,000 lives and destroyed 80 percent of the city. Six of history’s 10 costliest earthquakes have occurred in the past 13 years, and five affected major metropolitan areas. For context, Japan’s 2011 Fukushima earthquake was the costliest in history at nearly $300 billion.

Japan is arguably the global leader in earthquake resilience. Building retrofits and shock-absorbing foundations are complemented by public education campaigns and sophisticated warning systems. The pace of the Fukushima recovery – with respect to infrastructure – exceeded that of other major earthquakes, including Nepal in 2015. However, the seaside location of a nuclear power plant was costly and preventable. Japan quickly rebuilt damaged infrastructure but many communities remain displaced by lingering radiation.

Variability in earthquake recovery pace and effectiveness reflects differences in government capacity, as do gaps in infrastructure, public health and economic growth. In an effort to close these gaps, Japan is sharing its disaster resilience strategies internationally. Developed countries have the resources and expertise to provide useful guidance on resilience planning, and can lend this knowledge to at-risk developing countries.

A common strategy imposed on developing countries is the reform of building codes, which are often weak and poorly enforced. However, excessive regulation also has a downside. Stricter standards increase construction costs and onerous regulations can tempt builders to flaunt codes. The efficiency and clarity of these codes, along with assistance in understanding their value and function, can help restore much needed respect for compliance.

The potential of top-down resilience planning is alluring to “weak” states, which often have sizable populations that lack the means to recover independently. However, the imposition of complex resilience models on overburdened, inept, or corrupt governments is akin to loading modern-day software onto a 20-year-old computer; the program requires more than the underlying system can handle.

So how can this be solved?

A two-pronged approach is needed that includes not only globally benchmarked resilience initiatives but also the incorporation of local knowledge.

The developed world has no monopoly on earthquake resilience wisdom. The long-time endurance of traditional communities in hazard-prone areas is evidence that resilience exists in many forms, as illustrated by the survival of some local Thai and Indonesian communities during the otherwise devastating 2004 Indian Ocean tsunami. In Tibet, the modernization of buildings has contributed to the loss of indigenous and likewise earthquake-resilient design, refined over hundreds of years; according to an official at the Tibetan Heritage Fund, Tibet’s mud and stone houses embraced “building with nature.” The earthquake-resistant taq and dhajji-dewari building systems in Kashmir and the slotted-wood houses of Palau Nias (Indonesia) are also traditional methods that can be adapted to modern use. Even when modern methods are available, indigenous knowledge can still be more meaningful to local residents; in Kenya, farmers listen to radio forecasts but still make planting decisions based on traditional knowledge. Although traditional architecture has sometimes been cited for structural instability in earthquakes, it may offer lessons on broader strategies.

Can indigenous knowledge provide the foundation for a modern urban development regime dominated by technocracy? Modern building standards can improve one aspect of resilience, but indigenous knowledge has value in other aspects: knowledge of local geography, localized methods of communications and community mobilization. The process of integrating indigenous knowledge with science can also facilitate the adoption of new models, but knowledge that cannot be validated by science should still be given space to operate.

Finally, resilience is a buzzword open to many interpretations. However, the concept provides a focusing point for policymaking and international collaborations. Critics should focus not on tedious semantics but on substantive issues, such as policy compatibility and effectiveness in disaster recovery. Understanding local context can facilitate this effort.

Natural disasters are having increasingly disruptive effects on social, environmental and economic systems. Wildfires, floods and similarly recurrent challenges have relatively clear policy interventions. By contrast, earthquakes are largely unpredictable, and there is no certain method for protecting the built environment against the most extreme events. Issues of this complexity require an integrated policy approach that values both science and centuries of indigenous knowledge. Communities and international aid organizations alike must close the fault lines between local and international resilience practices.

About the author: Kris Hartley is a Lecturer in the Department of City and Regional Planning at Cornell University, and a nonresident fellow at the Chicago Council on Global Affairs. His research focuses on urban development and governance in Southeast Asia, where he has experience as both a researcher and practitioner. Kris holds affiliations at several Asian universities and frequently writes for media outlets around the world. In 2017, he will join the University of Melbourne.