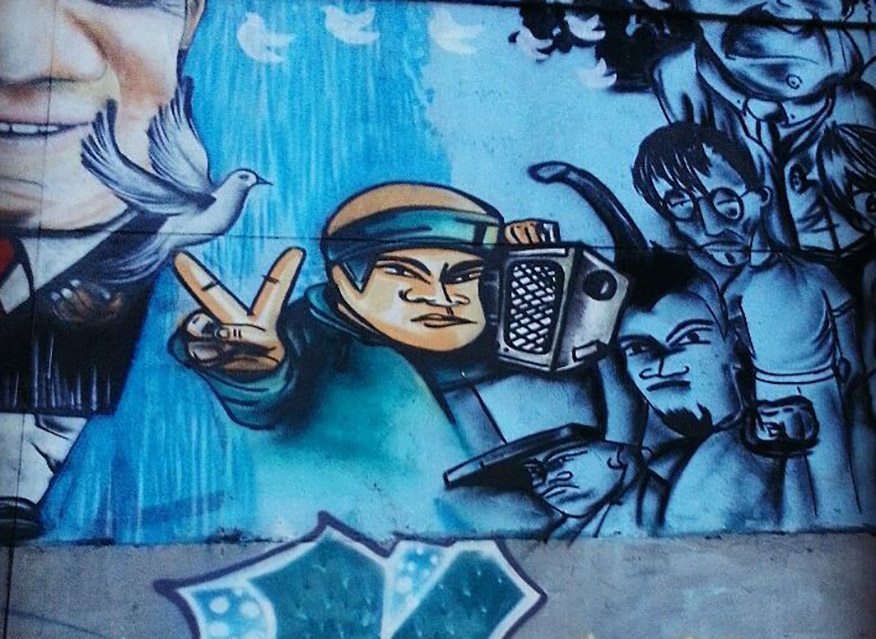 “Don’t lose your fire,” someone wrote to me in a message recently and I had to pause for thought. Like the mainstreaming of Kurt Cobain’s Nirvana now being played in GAP retailers across the world or the ignominy of Leonard Cohen’s always powerful song “Democracy” being piped into the foyer of the Deco Hotel where we recently vacationed as a family in Miami, I wondered if I have become as homogenized and mainstream as the laboured hipsterism of the once cutting edge boutique Urban Outfitters.

Am I no longer an angry young man fighting for truth and justice in a cold and unforgiving world? Has middle age and parenthood crept up on me and caused me to mellow? I certainly hope not. Does making a deliberate effort to play the Clash’s “Give ‘Em Enough Rope” as I sit at my laptop strike you as trying too hard to be alternative? Is my anger now misplaced and out-dated? Rage Against the Machine’s eponymous album made railing against the establishment so straightforward in 1992. Where do I, as an expat in Colombia, stand in 2015?

There’ll be no Vallenato, Champeta or Reggaeton on the playlist should you ever be invited to my flat in Bogotá or colonial home in Mompós. Depending on my mood and as ill-fitting as it may seem in the syrupy heat of the Caribbean you’ll more likely be subjected to my preferences of Alice in Chains, Bob Dylan or at a stretch perhaps the Southern Rock of Lynyrd Skynyrd. I guess what I am saying is that I grew up listening to, enjoying and then later interpreting the music and musicians who had something to say. To this day my musical taste remains intact as I see it.

There’s no doubting the relationship between art and politics as a dynamic co-constitutive one. Art sparks the imagination of young people, unites visions and creates a narrative for other possible worlds. Politics sometimes provide the fuel for this creative fire and this is why political music has always struck a chord within me. I suppose that always being an inquisitive student I wanted to study the history of my whereabouts. I remember some years ago telling an older family friend that I was thinking of putting an offer on a flat close to the Latimer Tube Station only to be met with murmurs of disapproval. I persisted with my questioning and established that even in the early 2000s people associated this area with West Indian immigrants waving meat cleavers and machetes and the Nottinghill riots. Yet that was London of 1958. The anger, the fear and the collective memory has endured and permits us to investigate and study the evolution of a society and a city.

I live in Colombia and I am angry, though not callous enough to want to paint bomb the Ministries downtown, smash the windows of fast food outlets or take to the streets. I want to see nothing more than the existence of cultural movements which are able to hit the mainstream and encourage debate and challenge the establishment. So as a mellowed out middle-aged hack my energies are best spent investigating and writing about the causes of the violence and the decadence of contemporary Bogotá. I want to listen to locally produced protest songs but beyond Aterciopelados’ 2006 mellifluous yet effective, “Cancion Protesta” I can find nothing. Don’t even mention Juanes to me. Someone please point me in the right direction but I fear I’ll find nothing as impacting as Credence Clearwater Revival’s “Fortunate Son” from 1969.

And yet there is every reason to be enraged in Colombia with an administration which paints anyone who questions its policies as “un-Colombian”.

Anger might be vastly understood and underrated, but it’s a terrific emotion to have. It can rescue you and it can resurrect cultural movements. Without this anger Colombia may lose her identity completely so where are the protest songs? Ask someone on the street today to hum a protest song, and all you’ll hear is silence. Maybe they’ll try to think of something by Silvio Rodríguez or Mercedes Sosa, but of course, neither are Colombian.

Two of my favourite bands are playing Bogotá in the coming months and I can only hope that some of Eddie Vedder’s carefully worded lyrics for Pearl Jam or the furious angst of Mike Patton’s Faith No More resonate with a new generation of politically inspired Colombian musicians. Bogotá is crying out for someone who can be the next Last Gang in Town. As John Lydon (formerly Johnny Rotten of the Sex Pistols) sneered and snarled for his subsequent group Public Image Limited on “Rise” from 1986, “Anger is an energy!”