The spectre of local elections looms large like a bus stop pest with halitosis. Have you registered to vote? My readers out there may be shocked and impressed to learn that I have bested the chaos of the Registraduria on the Carrera 11. I feel that now my foibles, rants and – hopefully – praise can, in future months, be directed accordingly in order to herald in a positive and fecund economic period for our city crippled by Mayor Petro’s dud tenure.

Mayor Petro, who is the political equivalent and personification of a cul-de-sac, has long shown himself to be drained of ideas and credibility. Who amongst us would now dare suggest that the grand experiment of electing a politician whose prowess amounts to being an effective opposition voice to the establishment has been a dramatic failure? Perhaps not everything has been catastrophic and only over time we’ll be able to reflect on some positive measures which found their roots in his term. But, how does one judge or rank a politician like Gustavo Petro?

Perhaps, rather than wringing our hands and remembering the bad times, we should make light of the last four years and have some fun with Petro’s maladministration and instead rank the candidates for October’s upcoming Bogotá elections?

So, I have a solution.

Years ago, seated on the flat rooftop of a friend’s building in Kennington, South London, whether it was the cheap cooking lager taking effect or just the company of idle university friends or both, but between all of us we came up with a league system for those present and in our social circle regarding our prowess with members of the opposite sex and in turn relating this to a premiership football team. May I just add, there was no peer pressure to go out and climb up the league table for us, it was an activity all in jest, thought up and chuckled over on one balmy English summer’s afternoon.

At the time, Manchester United was an unstoppable force winning doubles and trebles seemingly at will. The slut in our midst was therefore of course a Red Devil using his skill, charm and looks to succeed. The most angst ridden and fruitless amongst us would have been whichever team was up for relegation to the Championship and on in went.

So, if we consider Mayor Petro for example, what team would best represent him? I am leaning towards Norwich City. Why? Norwich is a yoyo team flitting between the Premiership and the Championship, with able players, a reasonable manager and capable of causing an upset. And of course let’s not forget the rallying cry by the Canaries’ majority shareholder and celebrity chef Delia Smith in 2005: “A message for the best football supporters in the world: we need a 12th man here. Where are you? Where are you? Let’s be ‘avin’ you! Come on!” Not dissimilar in a football sense to Gustavo Petro’s call to arms from the balcony of the Palacio Liévano after his removal from office in 2013. And just like Norwich, even though his tenure at the top table is intermittent and riddled with errors, Gustavo Petro will not go away.

Having discarded Gustavo Petro from the 2015 race, there’s space only for us to discuss the potential front runners in October, including but not exclusive to, Rafael Pardo, Clara López, Francisco “Pacho” Santos and Enrique Peñalosa.

There’s no doubt in my mind that Rafael Pardo is the Manchester City of this mayoral battle. He has the money, Presidential backing and the political heritage to boot. Should he trail in the polls, like Manchester City in the league, being backed by Qatar, he’ll shuffle the deck and bring in the big money signings. Unpopular in many quarters, you’d be a fool to vote against him. Ruthless and efficient on his day.

Following on, I want to warm to Clara López who performed an admirable job as the interim mayor after Samuel Moreno was thrown out. She has political pedigree and what would equate to a good passing game with her knowledge and experience as the presidential candidate for the Alternative Democratic POLO. When she’s on form, she’s unstoppable, but there’s a lack of strength and depth on the substitute’s bench and that’s why Lopez is Arsenal and her run at the prize will fade well before the final whistle after a bright start to the season.

The black sheep of the Santos family, Francisco Santos, can assemble a huge fan base at a moment’s notice, but has nothing to show for it. That’s why “Pachito” is Newcastle United. Representing an important corner of the Northeast the Toon over recent seasons has been mired with in-fighting and continually losing their direction. We all know who is running the club and that’s the much-disliked Mike Ashley. In what way does this not resemble the current state of the Centro Democrático under expert marionettist Álvaro Uribe?

And finally, there’s Enrique Peñalosa whose whole campaign is based around former glories, suspect international praise and riding a bicycle. For this reason Peñalosa fits perfectly into the Liverpool mould under manager Brendan Rodgers. He’s a big name dining on former glories. In any other debate Peñalosa would be considered a failure; after all, he’s run for Mayor of Bogotá on four occasions, being victorious only once. He also ran for the Presidency coming in second. He’s a Liverpool red through and through and the coffin of his political career would have been nailed shut long ago based on his record. One wonders how long Rodgers can stay at the helm of Liverpool too! Peñalosa will have to deliver on this; his fifth Mayoral race should he win.

My team you ask? A gentleman never talks. 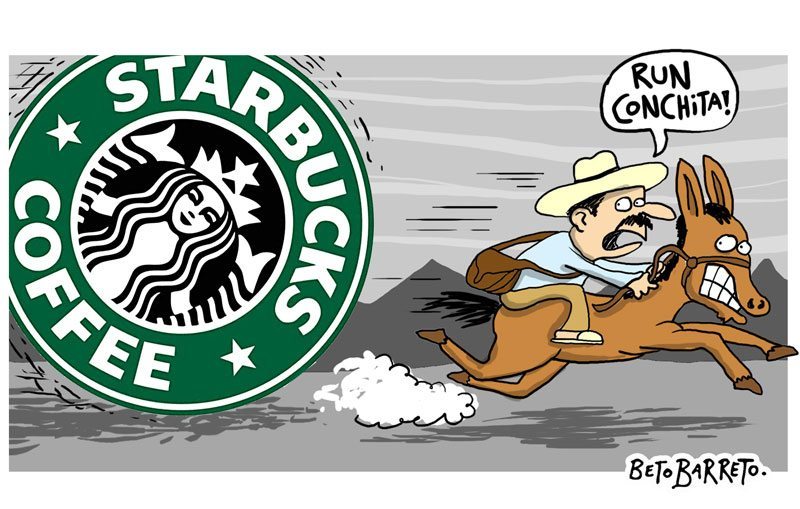