Happy New Year. With these three simple words I am off with the first editorial of 2014; and a year, I have been anticipating as it holds the promise of so much. I am not going to fast-forward to the middle of year, without at least getting some formalities out of the way. In April, we meet yet another milestone – celebrating 6 full years as Colombia’s only English language newspaper and printing at a turning point for this nation.

I hope to meet all your expectations 2014 in terms of great reading, interesting stories and solid analysis on a country many of us have been calling “home” now for quite some time. For those of you who are new to Colombia – Bienvenidos.

January sets in usually with bright, sunny days. Bogotá’s streets remain still void of the mass congestion that builds up as the year advances relentlessly. So it’s a good month to catch up on errands and the cultural activities that celebrate life in the capital.

Before long we will be immersed in news, and of course, what will be top of many minds this year, is how the peace process will conclude. I personally believe a deal (most likely not the deal), will be sealed at some point this year between the continent’s oldest guerrilla insurgency – FARC – and the government. And it will be taken as a very big news story here and around the world. Many in this country, I predict, will be angered at a negotiated settlement with an organization listed in Colombia, Europe and the U.S as a “terrorist organization.”

The FARC will hardly emerge from Havana as a potential political force especially as the well-respected economist, Oscar Iván Zuluaga of the right-wing Uribe Democratico Party will face-off against incumbent Juan Manuel Santos.

So be warned all you aspiring journalists out there – charge your cameras as photo opportunities loom on the horizon.

Where and when the deal will be done is anyone’s guess. I predict, it will happen midsummer and trumping the entire presidential election campaign. In essence, all the candidates who, until then, were against a peace will have to change election rhetoric for “this peace,” for no one wants to come across as the warmonger in a country scarred by more than a half decade of conflict.

And of course it’s better to take over power in peacetime, than in war, because it’s good for economic growth and the international image of one’s nation.

There will always be those who will oppose any deal with a group operating outside the constitutional framework. But in time I think many of these voices will sound obsolete, spoken by recalcitrant politicians, and the disenfranchised of a process that favored prosperity over revenge.

From reaching some sort of peace “accord” in Havana to fair play in Rio de Janeiro, this year, Colombians will be glued to their television sets with every game of their national football team during the FIFA Brazil World Cup. And there are excellent prospects that Colombia’s Selección advances to the quarterfinals.

I believe we will have a lot to celebrate this year, and if the national team does meet expectations, the country will come to a standstill this summer. Then, we must also wait for news from the European Union with its voting on the elimination of the Schengen Visa for Colombians – and the last of two nations on the continent requiring its citizens to present cumbersome documents just to travel to the E.U. Voting is scheduled for late spring.

If Schengen is scrapped, expect intense competition on European routes, as airlines try to fill each and every last seat. As has been the case now for some time, it will be even more reasonable to take that extra week’s vacation in Barcelona.

We must be weary of comparisons and too much punditry at the beginning of the year, but I think Colombia will continue to expand its reach and presence overseas, harvesting foreign investment and an example in the region of sound microeconomic management.

So I welcome in the month with these positive words and look forward to many more editions of The City Paper. As it has been said many times before: “We’re on a roll…” 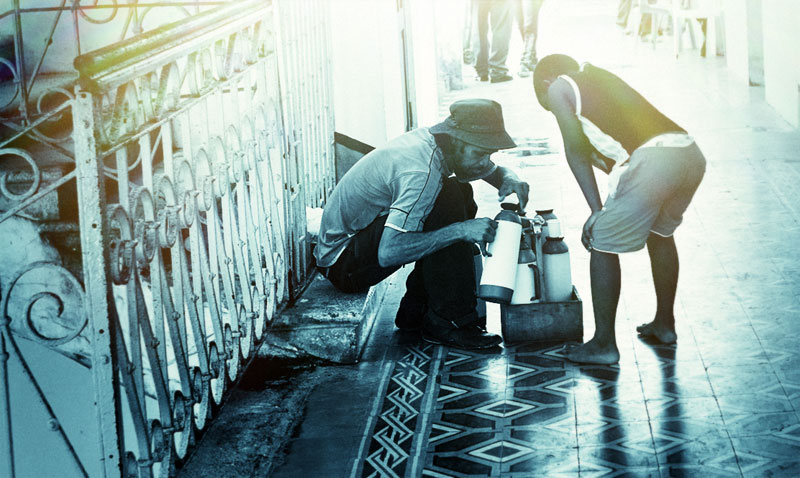