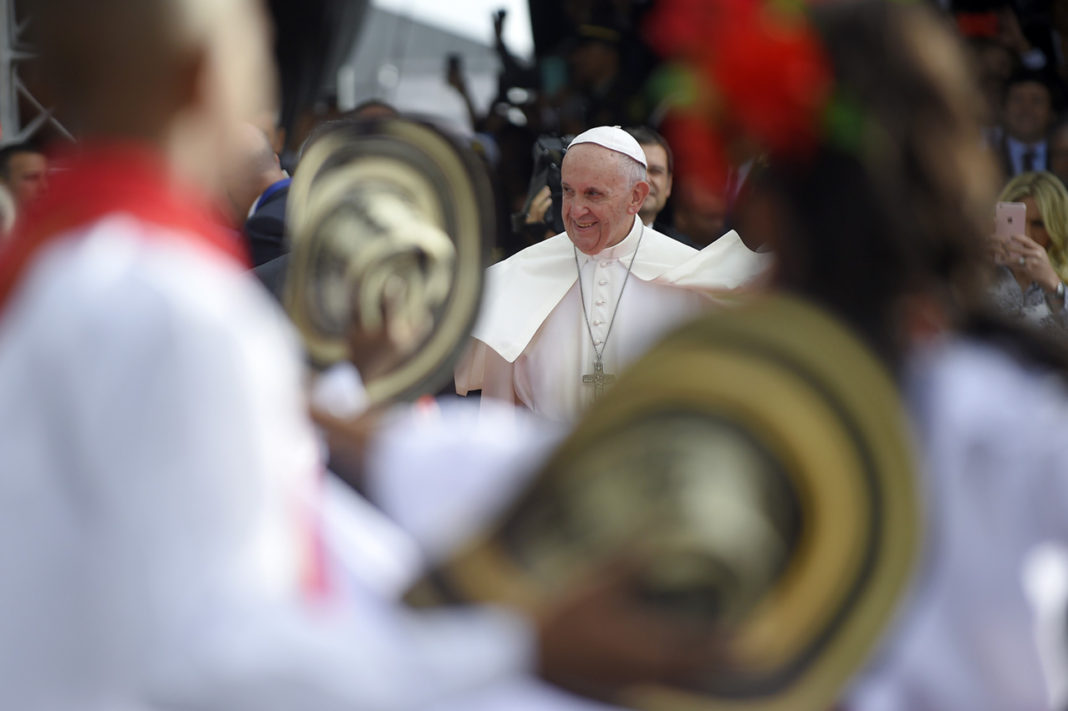 Pope Francis’ recent 5-day visit to Colombia was marked by an unprecedented outpouring of affection towards the Pontiff and host of poignant moments. Even though I didn’t want to start this editorial with what undoubtedly has been one of the most important news  events of the year, Pope Francis’ history-in-the-making trip to his native South American soil and a majority Catholic nation of 48 million, consolidated a message of reconciliation, less than a year after Colombians narrowly rejected the final peace accord with the Revolutionary Armed Forces of Colombia (FARC) at the polls. But these last eight months have been nothing short of momentous, with  a revised accord approved in Congress, a mass demobilization of 7,000 combatants, the handing over of some 8,000 weapons to the United Nations, and launching of the now former guerrilla as a political party.

For many Colombians – more than half the voting public in last year’s plebiscite – the rapid chain of events that transitioned FARC from terror group to legitimate political party has been a difficult pill to swallow; not to mention a painful one for relatives of those killed on the battlefield and survivors of kidnapping.

The vast majority of Colombians, regardless of creed,  warmly received Pope Francis’ words of peace and reconciliation, because Bergoglio symbolizes goodness and hope in a world increasingly devoid of reason. But, the visit will most likely not rearrange a polarized landscape of public opinion, nor will it end the scourge of corruption that has eroded core values of this democracy. While we celebrated having one of the most beloved men on the planet walk among us, and hear him speak to the world of Colombia as an example of a nation that could end a half century of internal violence, there’s a sad reality to all the fanfare, and one that undermines the lingering spirit of Pope Francis’ visit.

The money spent by the local and national administration in preparation of the Pope’s visit was very visible from lack-lustre advertising campaigns to fast-track beautification of parks and landmarks. Trying to boost consumer optimism with a much anticipated papal visit, seems forced, especially as  the Reforma Tributaria tax reform, pushed through by the Colombian Government in January to balance the fiscal deficit, has come up short several GDP percentage points.  The heavy weight a 19% sales tax will certainly be short lived as the future elected president of Colombia, post-2018, will most likely have to propose another unpopular reform to fill a seemingly bottomless pit in expenditures, exacerbated by tax evasion, pay for a costly peace process, and, here we go again, curb spiralling corruption

So, of course, there’s never any money. But there is one consolation as companies cut jobs and Fabricato, darling of the manufacturing sector, halts operations for the first time in 90 years: the country has a Nobel Peace Prize.

I don’t want to come across as glib regarding the financial hard times many families are facing when much-admired companies such as Fabricato are forced to close their doors, potentially leaving thousands out of work. And adding insult to injury, as part of consolidating the nal peace accord, senior FARC representatives handed over a “detailed” list to the Colombian government of their domestic and international assets destined to compensate victims.

According the country’s Attorney General Nestor Humberto Martínez, the demobilized guerrilla presented assets valued at $963 billion pesos (US$326 million) in a breakdown that includes at least 241,000 hectares seized during their land grab, some 20,000 heads of cattle stolen from ranchers, lots of brooms to sweep cash under the carpet, and wheelbarrows to move gold around in the jungle.

At the same time the nation’s top attorney has had to deal with FARC’s shady accounting, his agency is besieged with a corruption scandal implicating the Anti-Corruption Czar, who was arrested in June on money-laundering charges.

With the country in the grip of corruption’s ugly hand, including Odebrecht and FARC’s assets, the perspective of economic growth is hardly encouraging, and what these recent scandals show Colombians is that there is plenty of money going around – just not the honest kind. But some good news with the country’s smaller ELN guerilla and the announcement of six month ceasefire. Talks in Quito continue to advance.

The Pope’s visit to Colombia, liquidated what remains of many ministerial budgets, and as businesses look forward to the end of the year holidays, and next year’s dreaded año electoral (election year), with a country strapped for cash, Pope Francis’ message of reconciliation and “Thou shalt not steal” – may fall on deaf ears.