The desplazado was furious. In fact he pursued me through Quinta Camacho shouting obscenities in my direction and to anyone who would listen until a middle-aged Colombian couple intervened and called the police. The boys in green arrived but not before this “gringo” was blamed for all of the ills to have befallen Colombia in her turbulent history.

My crime? To not have stopped to listen to the gentleman in question’s story of displacement from Boyacá that very day. In fairness to my accoster, I was walking my dog near to the Parque Giordano Bruno and when I moved on after expressing my condolences for his situation, he exploded. It was then that I called him on it. Of course, his response was that he wasn’t going to ask for money, merely a colaboracion.

And I was reminded of Guatemala and I’ll tell you why.

One of my first forays into Latin America was a year spent in Guatemala as a young turk on a year’s exchange from university to work as a substitute teacher in a private bilingual high school. To say that this year was formative to how I live my life today is an understatement and I immersed myself in the politics and the culture of this country devouring any and all literature relevant to the former banana republic.

It doesn’t take an expert in international relations to recognize the political similarities between Guatemala and Colombia and my experience awoke a long dormant memory of a Dominican Pastor who stopped me on three separate occasions in Guate’s Zona Viva in 1998-99 with the same story of having missed his flight and been separated from his missionary group, of course, with no money.

As I looped back round Quinta Camacho I saw the policemen opening the Boyacense’s duffel bag and unceremoniously frisking him. The zip was drawn back; the open bag was clearly empty. His sidekick had disappeared. This man was taking away from, or would have taken from people who desperately need a handout.

This all left me quite contemplative. I thought back to newspaper reports of the lady captured in Bogotá in early May with 14 false cedulas. I suppose, if people are pulling these tricks for financial gain it’s because they know they can. Later, I had the good fortune to chat informally with some officials from the Land Restitution office here in Colombia, who shared with me the startling fact that most of their time is spent painstakingly investigating every claimant to make sure that no petition is fraudulent. What can one expect in a state where political governance generally shows a heavy short-term bias that favours quick results?

Of course, this situation is hardly unique to Colombia. There are fraudsters everywhere, confidence tricksters or con artists, call them what you like, but for them to exist there has to be a market for it and somewhere down the line I think that the convoluted, exhausting and complex legal systems in both Colombia and Guatemala aid these people. And then, perhaps, on the other hand there’s an asymmetric possibility of placing the blame with the international community for pouring aid into both countries without much scrutinizing the end result and creating an unhealthy linkage between small rural villages across the so-called third worlds of Colombia and Guatemala with planetary power spots.

In Jutiapa just as in Putumayo there’s a breakdown of local and national which has occurred and the State – in both cases – is now becoming increasingly reliant on agencies to provide the tools of a democratic nation. Developmentalism and its armies of aid workers and experts, along with liberation theory, evangelical Christianity, consumerism and new media have all collaborated in directing the hearts, minds and souls of the poorest Colombians.

And Colombians do not know where to turn. My chapin friends, contrastively, used a particularly Colombian trait and mobilized the masses, but, unlike their Colombian counterparts were able to make something of it and ousted the Vice President Roxana Baldetti amid a customs corruption scandal involving her former private secretary. As I write, Guatemala’s Attorney General’s Office has asked the Supreme Court to remove President Otto Pérez Molina’s political immunity from prosecution. Change is afoot. Could this happen in Colombia?

Aid agencies and various foreign ministries across the world refer to this as “empowerment”, but unless Guatemala’s current situation is seen through appropriately it will be another example of how little has been done to bridge the local and national social values that have continuously drifted apart.

Could Colombia’s middle class which, according to President Santos now represents more than 50 per cent of the population (in some parallel universe!), rise up peacefully like those in Guatemala and put paid to corrupt politicians, grifters and ne’er do wells?

Unfortunately, I don’t see this happening. The political and social con so ably spun by a false desplazado or the elite look set to continue.

The Boyacense, who spotted me 100 yards away in Quinta Camacho and the Dominican pastor in the Zona Viva had targeted me because to them I represented a type of foreign aid, only without the paperwork and legalese. If only these people could put such resourcefulness into a democratic and unifying clamour for the collective good in their respective countries. 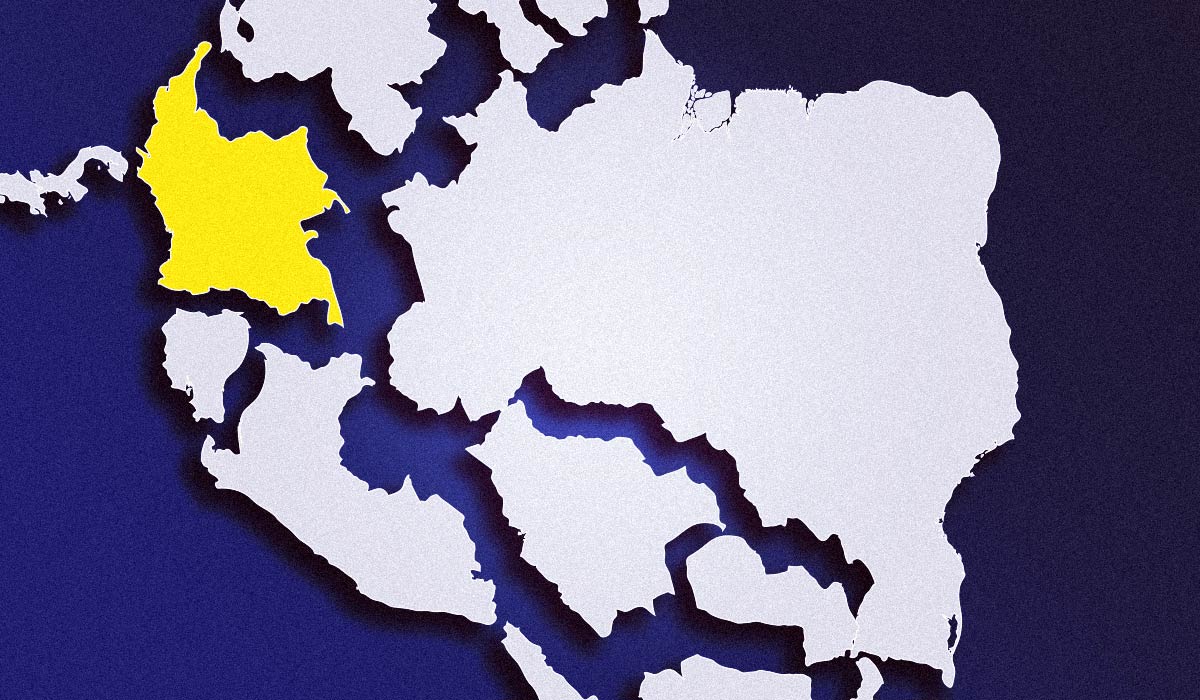 With Latin America in crisis, Colombia prepares for spotlight