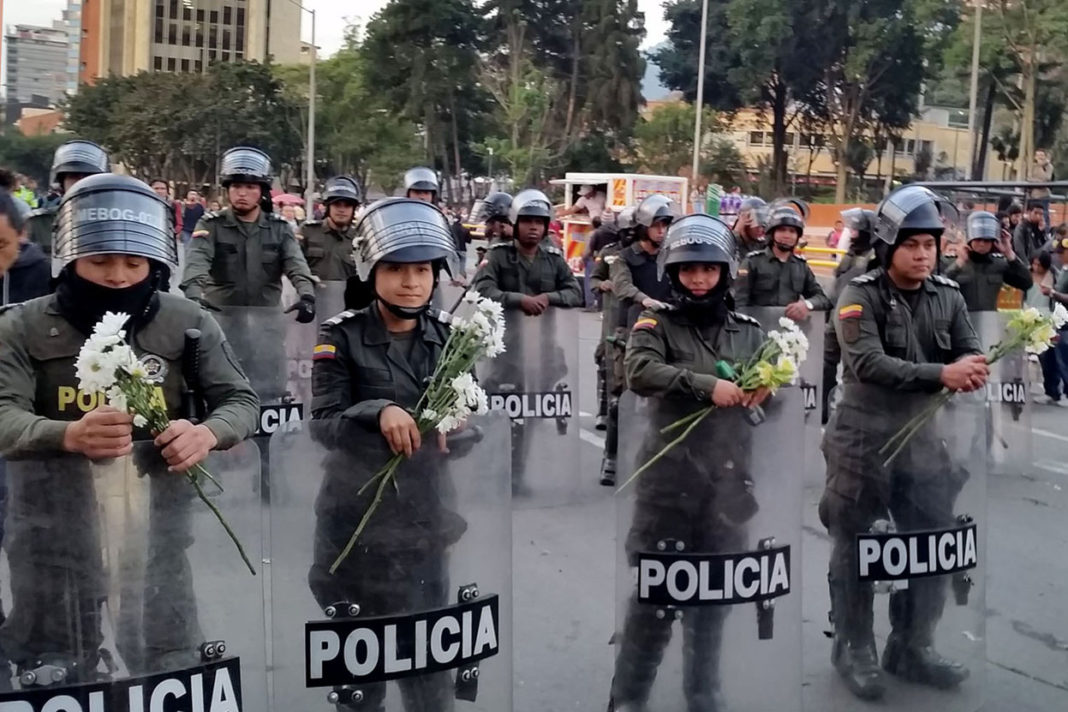 On Wednesday, October 5, with a country in crisis reeling from the fallout of the monumental debacle of October 2 plebiscite, President Juan Manuel Santos affirmed the unavoidable: the bilateral ceasefire with FARC will end October 31. Within seconds of the announcement, FARC’s Rodrigo Londoño tweeted: “So this means we return to war Nov 1?”

Indeed “Timochenko”, and to the shame of all Colombians around the world. For we have no one to blame, but ourselves, confirming as the Jesuit peace builder of the Magdalena Medio Francisco de Roux wrote recently: “We are our own worst enemies.”

So while you may have to pack your linens and head back to the hills (even though by the tone of your twitter it really seems you don’t want to), we have 20 days to pick up a shattered peace decimated by the “No” voters and inexcusable abstentionism. If we go head back to war, this would be the shortest-lived peace to end one of the longest internal conflicts in the world.

When it comes to the rejected 297- page agreement, in the words of one of the most vocal opponents of the Havana accords, Francisco “Pacho” Santos — cousin of President Juan Manuel Santos — “seventy-five percent can be saved.” And upon receiving the news that the bilateral ceasefire, so tirelessly hammered out over two years, now has an ultimatum, FARC’s senior command has called on all Colombians to mobi- lize for peace.

During the bombastic peace signing ceremony between President Santos and “Timochenko” last month in Cartagena, one phrase resonated above the wailing hymns and minute of silence: “An imperfect peace is better than a perfect war.”

Now we are facing that “perfect war” thanks to ignorance and intolerance. Let’s not have this stain on our collective conscience.

Santos wanted the world to know that peace was assured in Colombia. It was a monumental miscalculation, but let’s hope it was not our final chapter.

“Timochenko” has offered up some sense of remorse and a vague interpretation of “forgiveness” for crimes committed by his group over 50 years of conflict. But we can’t afford another half-century of conflict. For this is no longer the Santos peace that the slim majority of “No” rejected.

The future of Colombia is now in the hands of former Presidents Álvaro Uribe Vélez, Andrés Pastrana, FARC and of course Santos. With 28 days and counting, they have to soul search and begin turning the tide in favor of reconciliation. What the plebiscite showed us is that we are a nation divided — until proven otherwise. Now is the time to prove it and Colombians are taking to the streets, organizing gigantic and peaceful marches.

Colombians exercised a democratic right on Sunday, October 2, heading to the ballot with heavy hearts and frustrated by economic realities. Others simply couldn’t be bothered to pick up an umbrella. The so-called “castro-chavista” connection also weighed-heavily at the ballot, especially after Colombians a week before were subject to a primetime made-in-Cartagena show starring Raúl Castro and Nicolás Maduro applauding every word from FARC. Noticeably absent — former presidents Uribe and Pastrana.

Santos, so self-assured that he could push through the Final Accord, pumped millions into the “Yes” campaign and glowed in the limelight of international recognition for this peace.

“No,” on the other hand, ploughed away relentlessly on the home front, a grass-roots movement grounded in a mandate to exercise their democratic right. The plebiscite, despite its debacle for “Yes,” shows that Colombia’s democracy is strong-willed, and possibly revitalized, after the historic vote.

Immediately following that Sunday night’s presidential discourse there were gestures of consolation and words of reconciliation from “No.” Uribe, in a rare public appearance, offered protection to FARC and amnesty to all its rank-and- file combatants. He reaffirmed that all Colombians want peace, including him. And in response to Santos’ “I will not surrender” speech, “Timochenko” also reassured Colombians that the guerrilla organization will “use only words as a weapon to build the future” and that at the end of this political quagmire “peace will triumph.” Let’s hope these words have meaning.

Not all is lost with peace. The bilateral ceasefire cannot hold indefinitely, and FARC have to somehow feed its combatants. I truly hope they will not return to the hills. Even the country’s second rouge guerrilla group, the ELN, sent out a missive on that Sunday asking Colombians to persevere a negotiated end to all internal conflict.

With the signatures of Santos and “Timochenko” on a hollow document, that Sunday night, a polarized nation did manage to come together under one flag.

Our days are counted to chart a new peace route forward. Time is precious, like the future of Colombia’s children. Where polls failed, hopefully a stronger democracy will triumph.

Colombians should feel proud if they can achieve what now seems more elusive than ever. And if even the most vitriolic of former enemies can extend conciliatory gestures and messages of peace, a very-uncertain future will not hinge on personal ambition nor political arrogance. There’s simply too much at stake.