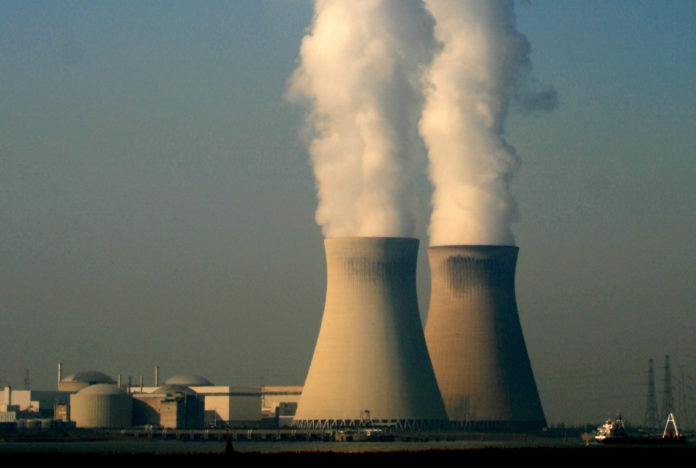 In 1945 generating electricity was one of a number of potential applications of atom-splitting technology developed in a hurry by the United States to help win a world war. Nuclear power thereafter became a reality because of government support, public confidence that it would be cheap, and absence of serious misgivings about proliferation, safety, and waste management. Enough resources were invested in this idea to set up over 400 nuclear power plants in 31 countries that now produce 11% of the world’s electricity.

Today, there are good reasons why nuclear power may continue to make advances worldwide. At the top of the list are expectations for economic growth linked to urbanization and greater electrification, and the consensus of virtually all nations that they need carbon-free sources to generate most of their power and mitigate dramatic climate change.

But a nuclear success story in coming decades is by no means assured, and it may not even be likely.

The big reason is that the demands on electricity supply systems will be very different than they were a generation ago when most of the world’s nuclear power plant projects were initiated.

During nuclear power’s heyday, governments favored nuclear power by allowing utility companies to include the capital costs in the rate base. Governments and consumers assumed the risk and power sales amortized the investments. In most places today that’s history. Governments are deregulating power markets and introducing competition, thereby shifting risk from customers to company shareholders.

During the 1990s investments shifted from nuclear to increasingly cheaper and abundant natural gas, and by 2002 gas-fired plants accounted for over 80% of all new power plants built in OECD countries. In parallel, nuclear technology became a lot more expensive; a 1,000-MW power plant that in 2000 cost $1.5 billion might cost $10 billion today. In 1991 all this was foreseen by Klaus Barthelt, the power engineering CEO for Germany’s biggest nuclear engineering firm Siemens, who then said; “The countries that can still afford our nuclear plants won’t need the electricity, and the countries that will need the electricity won’t be able to afford the reactors.”

With a few exceptions Barthelt’s prediction remains true. For two decades the nuclear has industry hoped for a worldwide “nuclear renaissance” ushered in by the need to meet growing power demand using non-fossil fuels.

But most of the world is still waiting.

The market for new nuclear power in the Americas and Europe remains flat. Japan’s deep technology base didn’t prevent three Japanese reactors from melting down in 2011. For many years, that event will deter Japan and many less-endowed countries from making new nuclear investments. At a seminar held by the International Atomic Energy Agency to explain to potential “nuclear newcomer” countries what they need to set up safe and sustainable nuclear power programs, a delegate from Tanzania stated; “When I got here my idea was to have a reactor operating in our country in maybe 10 -15 years. When the meeting was over that timeline looked more like 20-30 years.”

The “nuclear renaissance” was to be driven in part by political directives responding to the climate change challenge. If nations penalize power generated by coal, gas and oil—fuels that account for 67% of the world’s electricity production—a shift back to nuclear power could happen. But the political impediments to governments taking this step are great. In the US, for example, Republicans who will soon control the White House and both houses of Congress say they favor expanding nuclear power, but they are ideologically opposed to government intervention needed to tax carbon.

While nuclear power awaits government fixes, renewable energy technologies led by solar and wind power are jumping into the breach. They now provide a quarter of the world’s electricity. Their market penetration is currently favored by the same kind of policy stimuli that governments after World War II used to favor nuclear power.

So far, renewables cannot replace the world’s nuclear power plants. But their success may lead decision-makers not to commit to nuclear investments that might become stranded assets. As regulators and vendors will tell you, a nuclear investment requires a century-long commitment because of the trajectory for operation, decommissioning, and waste management.

The ultimate litmus test for nuclear power in this century is how it will respond to the forces of globalization. So far, the record is mixed. Globalization has favored procurement and safety standards. But the downsides could prove fatal. Government subsidies allow China to fend off pressures that set back nuclear energy elsewhere; in 2030 it may have the world’s biggest nuclear program. But Beijing also recently committed itself to electricity market reform. Depending on how far China goes that route, if it can’t control costs and risk, in 2030 its long-term nuclear outlook could look like America’s or Europe’s today.

About the author: Mark Hibbs is a Senior Fellow in the Nuclear Policy Program, at the Carnegie Endowment for International Peace based in Berlin and Bonn, Germany. Since 2012, Hibbs has led a project at Carnegie concerning the future of China’s nuclear energy program, its nuclear fuel cycle, and spent fuel management policies. In 2014 Hibbs authored a study on Turkey’s policies concerning the Nuclear Nonproliferation Treaty and the Nuclear Suppliers Group as part of a project called Turkey’s Nuclear Future. In 2011 and in 2015, Hibbs chaired two workshops for all participating governments of the Nuclear Suppliers Group, the world’s leading multilateral nuclear trade control mechanism.”

Editorial: The final word for the Latin American left