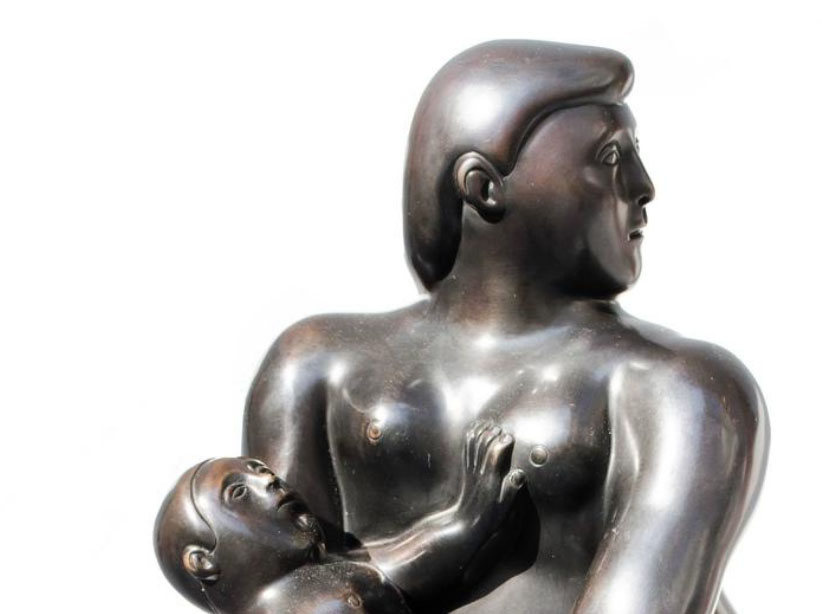 A sculpture by Colombian artist Fernando Botero was stolen Saturday from the Bartoux Galley in Paris. The 57-centimeter tall bronze titled ‘Maternidad’ (Maternity), valued at 425,000 Euros (US$490,000) was stolen according to this prestigious gallery on the Rue du Faubourg-Saint-Honore (8th arrondissement), by a lone thief in full view of CCTV cameras.

The Bartoux gallery is located just 50 meters from the Elysée Palace.

The 2003 sculpture weighs 15 kilos and according to Le Figaro newspaper was snatched after the criminal “kept turning around to see if he was being watched.” After lifting up the valuable work by Colombia’s most important artist, the thief “put it down, took a few steps back, always very suspiciously, before finally taking action.”

According to local news sources, the employees of the Bartoux Gallery did not see anything and only realized the bronze work had vanished when closing the gallery to the public at 9 pm. The thief abandoned the scene of the crime without triggering any alarms. The gallery confirmed it does not have a security alarm at the main entrance. This is the first time a theft has been reported by Bartoux.

Other galleries in the French capital were robbed that same day. The investigation is being handled by the “BRB” (Brigade de Répression du Banditisme), a specialist brigade of the national police in charge of recovering stolen works of art. Investigators believe the thief is in his forties.

Fernando Botero has created eight “Maternity” sculptures from his workshop in the Tuscan town of Pietrasanta. The 85-year old artist has donated many of his works to his native country with the Museum of Antioquia in Medellín and Botero Museum in Bogotá housing important collections of his work.

The Bartoux gallery is not releasing additional information regarding the theft given the “amount of requests from journalists” and fact that there was a heavy police presence on Saturday near the gallery due to on-going terrorism threats against the French capital.