Two weeks into a bitter political dispute between Venezuela and Colombia and which has generated a humanitarian crisis along the natural frontier of the Táchira River, Venezuelan President Nicolás Maduro extended Tuesday closure of the international border in the north – through La Guajira peninsula – and with no sign of mending the diplomatic meltdown with his Colombian counterpart, Juan Manuel Santos.

The border crisis erupted August 19th when alleged Colombian “paramilitaries” attacked a Venezuelan anti-smuggling convoy, injuring four. According to Maduro, the assailants were Colombian citizens (although they have yet to be caught) and who operated criminal activities on both sides of the porous international border.

The accusations levelled by the Venezuelan president went so far as to accuse Colombia of protecting known drug smugglers, contrabandists and paramilitaries who perpetrate acts within Venezuelan territory. What followed was a heavy-handed crackdown by the Bolivarian National Guard (GNB) in which they were ordered to raze to the ground the homes of humble Colombians, mainly undocumented migrant workers, and fearing more reprisals by the 3000 Venezuelan troops, which were sent to control the border, the migrants packed up their possessions and hauled them across the Táchira River to the Colombian side.

According to figures released by the national government, 1,400 Colombians were expelled from Venezuela since the crisis erupted mid August and those numbers continue to rise. With as many as 17,000 Colombians residing within Venezuela, many are now returning voluntarily to their native country.

As a rash of xenophobia shrouds the border dispute, the Venezuelan government maintains its position that food shortages in the region have been aggravated by Colombian smugglers out to buy cheap oil and cattle in order to fetch higher prices in Bucaramanga, and as far away as Bogotá. “The whole economy along the frontier is based upon illegality,” states Oswaldo Pérez, a Cucuteño businessman. “As a Colombian, I hate to admit that there is some truth to Maduro’s accusations. The problem is in the way he has expressed himself. He lacks all tact.”

The dialogue between the two nations is at a stand still and regional players such as Argentina and Brazil have offered to mediate in order to ease the diplomatic gridlock. The crisis reached tipping point when both nations recalled Ambassadors last month.

With a closed border and make shift camps in Cúcuta filling up with uprooted Colombians, Maduro’s argument that the crisis could have been avoided had the Colombian government taken measures to clamp down on criminal activity has fallen on deaf ears in the capital Bogotá. For many political analysts, the cause and responsibility of this most recent breakdown in relations between the two countries rests with Venezuela, as Maduro deflects the fast track economic collapse of his country, focusing on foreign relations issues rather than the humanitarian crisis on the home front.

When Maduro assumed power in 2013, he inherited from his predecessor Hugo Chavéz a country crippled by acute food shortages, frequent energy black outs and a soaring murder rate. Maduro’s declared “state of emergency” for the western border, could well be applied domestically, as a failed economy grapples with runaway inflation – and which this year – could range between 150% and 250%. With the collapse of global oil prices, Venezuela’s revenues are evaporating and this resource-rich nation – the 12th largest oil exporter in the world – could face a foreign debt default in 2016.

Acute shortages of essential foods and medicines are part of the day’s routine: proving beneficial to Colombian exporters willing to keep commercial relationships going with Venezuela despite rampant payment issues. Meantime, in Caracas, opposition leader, Leopoldo López was sentenced to 13 years and nine months in prison Friday, September 11th, for allegedly inciting violence during the mass rallies of 2014 in which 43 people were killed. López was elected mayor of Caracas’s Chacao district in 2000, and handed himself over the police voluntarily, after the mass anti-government protests of last year.

As Colombians welcome and encourage their fellow countrymen to stay on this side of the barbed wire border, Maduro’s approach betrays his inefficient and corruptly-run administration. President Juan Manuel Santos verbalized this opinion, Wednesday, declaring the Bolivarian Revolution “failed” and the socialist agenda set to “self-destruct.”

Maduro’s rage may be fueled by his increasing isolation within the hemisphere, even by his most staunch ally, Cuba’s Raul Castro, who now charters a new course for his island; and an exciting commercial and diplomatic relationship with the United States. And even Colombia’s oldest guerrilla group, the Revolutionary Armed Forces of Colombia (FARC) – despite setbacks this summer when the peace talks almost broke off between them and government negotiators – seem committed to seeing the process through and in a show of their new found diplomacy are calling for “a normalization of the situation” on the border. Although FARC may not have shunned Maduro entirely, they appear to have turned a corner with Venezuela, preferring the protagonism of their peace momentum, and sensing that Maduro’s diatribe of an ongoing “economic war” waged against Venezuela by “imperialists” has lost validity, especially as they, from Havana, observed as the United States raised its stars and stripes over a new Embassy.

The FARC are increasingly towing a pro-Colombia line and want to reach an agreement with the Colombian government within a fixed and increasingly closing timeline. Maduro’s need for scapegoats; both internally with López and externally, with Colombia, throws a monkey-wrench into the peace timetable, deflecting attention away from a delayed agenda of issues, with political mud-slinging from both sides of this river.

The very vocal reactions of presidents César Gaviria, Andrés Pastrana and Álvaro Uribe shows there is an erudite political front, and unity in the face of adversity. What we clearly have – even as the peso slips away – is past and future leadership coming together and a real possibility of mending bridges between political adversaries. Yet many on the political left in Bogotá, have remained unnervingly quiet with the border crisis. Could it be that Maduro’s influence extends beyond the Táchira to the halls of power in Bogotá? With our municipal elections just six weeks away, how will POLO’s Chávez-inspired agenda go down now with the electorate? 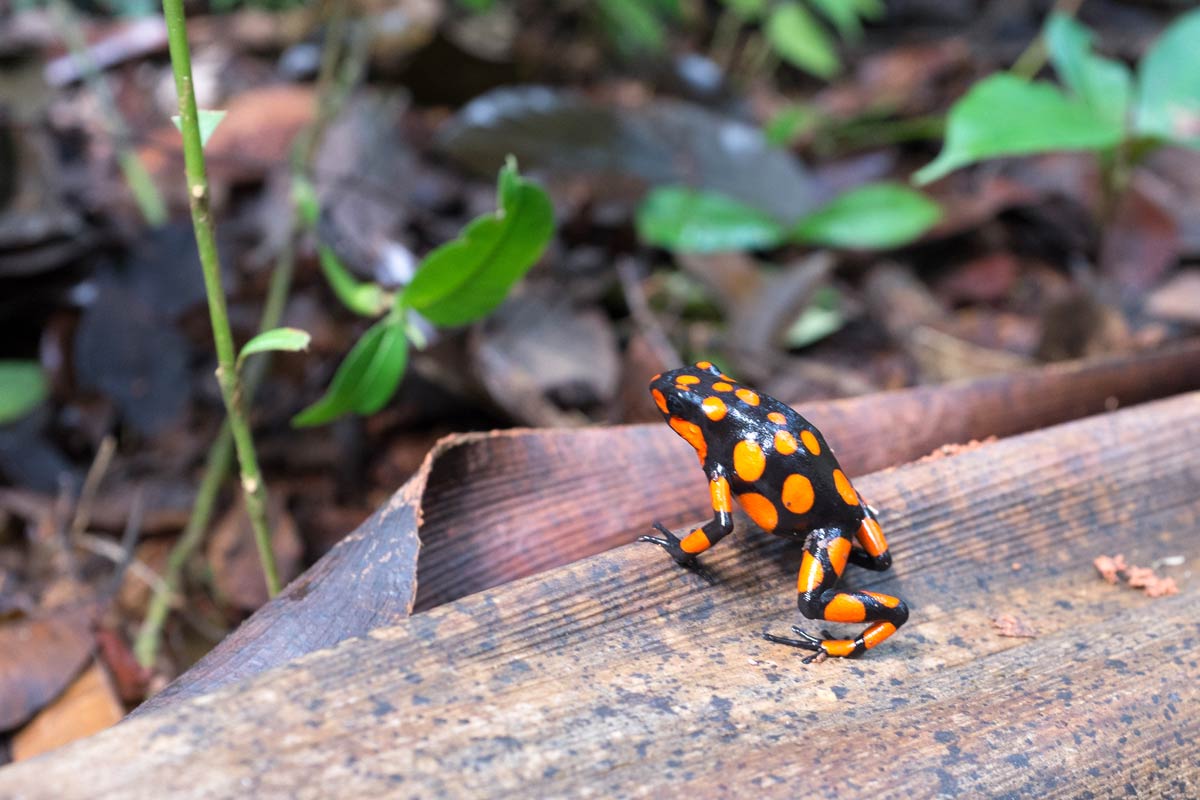 Colombian officials on alert over reports of illicit frog trade