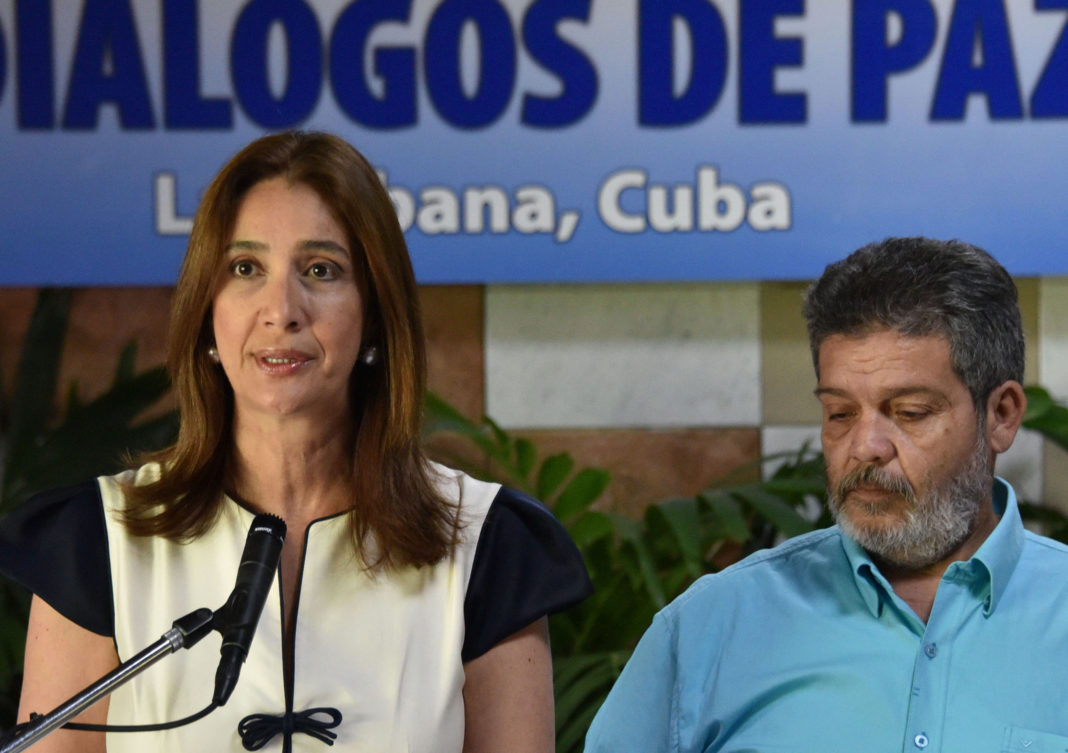 The delegations of the National Government and the FARC – EP hereby inform the public opinion that we have successfully reached the Agreement for the Bilateral and Final Ceasefire and the End of the Hostilities; the Laying down of arms; the security guarantees and the fight against the criminal organizations responsible for homicides and massacres or those that target Human Rights’ advocates, social movements or political movements, including the criminal organizations labeled as successors of paramilitarism and their support networks, and the prosecution of criminal conducts that threaten the implementation of the agreements and the construction of peace.

The event will be headed by the President of Colombia, Juan Manuel Santos, the commander of the FARC – EP, Timoleón Jiménez, and by the guarantor countries. On behalf of Cuba, President Raúl Castro, and on behalf of Norway, the Minister of Foreign Affairs, Børge Brende. Likewise, in representation of the accompanying countries, the President of Chile, Michelle Bachelet, and of Venezuela, President Nicolás Maduro, will also be present.

The agreements will be disclosed tomorrow at noon at the protocol hall of El Laguito.