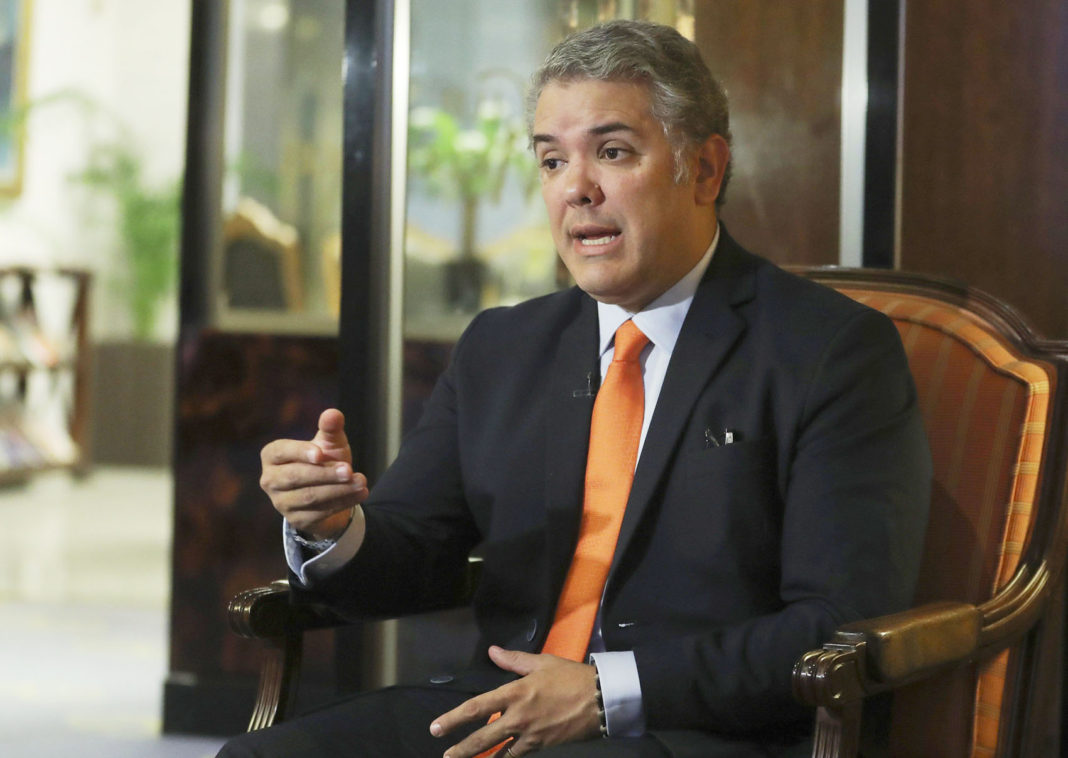 Colombia’s president-elect Iván Duque has named the first members of his “inner circle” that include experienced politicians and newcomers to public service. The first to be named is Alberto Carrasquilla as Minister of Finance, in charge of the country’s economic stability and growth.

Having served as Minister of Finance (2003-2007) in the first term of the Álvaro Uribe Vélez presidency, Carrasquilla is a 59-year-old economist known for an orthodox approach towards macroeconomic management. During the Uribe years, Carrasquilla was portrayed as an advocate of fighting inequality and working toward improving the income of those earning less than the minimum wage.

The incoming minister has also worked in the education sector as Dean of  Economics at Universidad de Los Andes. Duque and Carrasquilla both began their careers at the Inter-American Development Bank in Washington, where Duque served as Senior Adviser, and Carrasquilla in charge of economic research.

Carrasquilla’s appointment comes at a time of global economic instability and the minister has vowed to propose far-reaching reforms, from taxation to pensions, in order to balance the fiscal budget. With Carrasquiila, Duque has appointed a man with experience in both the corporate and public sectors and who aims to bridge the social divide with conservative spending and incentives for direct foreign investment. During his first tenure as Minister of Finance, Colombia witnessed economic growth between 3% and 4% annually.

The next Foreign Minister is the son of a prominent family from Valle del Cauca. Having graduated as a lawyer from Universidad del Cauca and earning a Master’s degree in International Business from the University of Sofia in Tokyo, Carlos Holmes Trujillo served as a diplomat during the governments of Alfonso López Michelsen and Julio César Turbay. In 1983, he returned to his native Cali where he became director of Fedemetal, the metallurgical guild, and was elected mayor of Colombia’s third-largest city, five years later. He joined the 1991 Constituent Assembly as a member of the Liberal party and assumed the education portfolio during the government César Gaviria (1990-1994).

In the presidency of Ernesto Samper (1994-1998), Holmes was appointed High Peace Commissioner in order to establish contact with the country’s second guerrilla, the National Liberation Army (ELN). Holmes has represented Colombia at the Organization of American States (OAS) in Washington, and during the administration of conservative Andrés Pastrana was named the ambassador to Austria. Under President Álvaro Uribe, Holmes Trujillo continued in the diplomatic service as ambassador to Sweden, then Belgium. Having served as Ambassador in four countries, Trujillo is a career politician who helped forge Colombia’s historic Constituent Assembly and has negotiated complicated trade and peace agreements.

The first woman to occupy the position of Minister of the Interior, Nancy Patricia Gutiérrez was born in Girardot, Cundinamarca and studied administrative law at Universidad del Rosario in Bogotá. She entered politics as a liberal councilor in the municipality of Agua de Dios before becoming mayor of Girardot in 1988. She was director of the Cundinamarca chapter of the country’s child welfare entity ICBF before heading to Congress as a founding member of Cambio Radical party.

José Manuel Restrepo is an economist and finance specialist who has been Rector at the Universidad del Rosario in Bogotá during the past four years. Starting August 7, he assumes as Minister of Trade, Industry, and Tourism.

Born and raised in Bogotá, Restrepo graduated with a Bachelor’s degree in economics from Universidad del Rosario, before heading to the London School of Economics where he completed his Master’s. His studies also include a Doctorate in Higher Education Management from the University of Bath.

Before his current position, Restrepo served as vice-rector of the Universidad del Rosario and director of CESA (Center for Advanced Management Studies) in Bogotá. He has a column in El Espectador newspaper and has published numerous academic articles, dissertations, and books relating to business education.

The current president of the National Federation of Merchants, Guillermo Botero will run Defense in the Iván Duque government. Since assuming the presidency of the Fenalco in 2003, Botero has been a staunch ally of Álvaro Uribe Vélez and has a close relationship with the former two-term president. He is a lawyer from Universidad de Los Andes and conservative businessman who for decades has defended the interests of commercial sectors. After announcing his appointment from the Concordia Americas Summit, Duque remarked on Twitter that Botero: “has character, looks you in the eyes, is transparent, and will accompany me in the recovery of security.”

Protecting Colombia’s fragile ecosystems will be Ricardo Lozano’s next big task as Minister of the Environment. As a geologist from the department of Santander, home to some of this country’s most endangered high altitude wetlands, Lozano is an expert in biodiversity and climate change. He has held the directorships of the country’s meteorological agency, IDEAM, and National Water Center of the National Business Association – ANDI.

María Victoria Angulo takes over Education with a focus on accessibility and affordability. An economist from Universidad de Los Andes, Angulo holds a Master’s in Economic Analysis from Pompeu Fabra University in Barcelona, Spain. She has worked both at a district level in the planning department during the second term of mayor Antanas Mockus and at a national level, as director from 2004 to 2011 of the Higher Education Promotion Fund in the Ministry of Education. She also worked in the non-profit sector with foundation Empresarios por la Educación (Entrepreneurs for Education), whose board members include business leaders from companies such as Alpina, Alquería, Promigas, among others. In 2015, Angulo was named Secretary of Education in the current administration of Mayor Enrique Peñalosa to advance programs aimed at early childhood education and welfare.

Born in the capital of La Guajira department, Riohacha, at age 33 Jonathan Malagón is considered among the 10-best young economists in Latin America. A graduate in economics from the National University in Bogotá and London School of Economics, the incoming Minister of Housing also holds a Ph.D. in Economics from Tilburg University. Until his appointment, he was technical vice president of the country’s banking association Asobancaria. Malagón has also consulted for the United Nations Development Programme (UNDP) and World Bank.