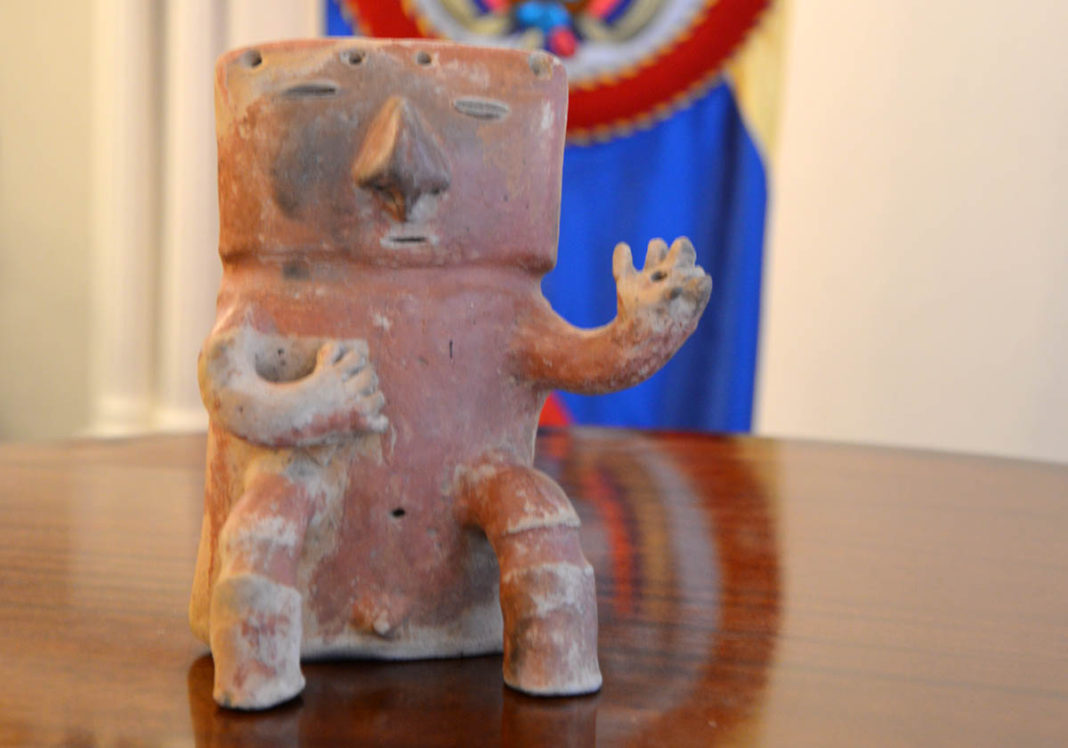 The London-based Art Recovery Group announced September 19, the recovery of an indigenous Colombian artefact. The ceramic sculpture was offered for sale at a London auction house earlier this year, 80 years after a mysterious and inexplicable disappearance from a museum in Cartagena, Colombia. The figure was last catalogued by the museum in 1939 though its location has been a mystery ever since.

In 2016, after purportedly being rejected by Sotheby’s, the sculpture was consigned to Hampstead Auctions in London for sale. While researching the provenance of the piece, Hampstead art historian Beth West saw a number of red flags which caused her to contact Art Recovery Group, which manages the ArtClaim Database: the world’s most advanced private database of stolen, looted and claimed works of art, as part of their standard due diligence processes.

Further research revealed the chequered ownership history of the sculpture. The consignor, who wishes to remain anonymous, was contacted by Art Recovery Group who learned that the sculpture had been obtained as a gift in 1999 on a visit to Cartagena.

Art Recovery Group contacted the Colombian authorities and, shortly thereafter, the Director of Colombia’s National Museum, Daniel Castro, confirmed the sculpture’s history within the museum’s collection. The museum holds no record for the circumstances under which the sculpture disappeared.

With the object identified from the museum’s inventory, the consignor agreed to an unconditional restitution of the sculpture to the Colombian authorities and the work was officially returned at a small ceremony at the Colombian Embassy in London on earlier this month.

“According to the consignor, in 1999 he was visiting his then girlfriend’s family in Colombia and was given the sculpture as a departing gift. He was thoroughly searched at the airport for drugs, even including the shoulder pads of his jacket. But whilst the figure was presented to airport security, it was allowed to leave the country without a second glance, ” said Christopher A. Marinello, CEO of Art Recovery Group.

“However, I am very impressed at the level of cooperation achieved in returning this important part of Colombia’s cultural heritage and I know how grateful they are to have it back. Hampstead Auctions should be commended – it is a relatively small operation but they could teach the bigger players in the art market a thing or two about thorough due diligence.”

Art Recovery Group offers its services to governments and law-enforcement agencies on a pro-bono basis, and the Quimbayan sculpture will now be sent back to Colombia to be received by the Colombian Institute of Anthropology and History (ICAHN).