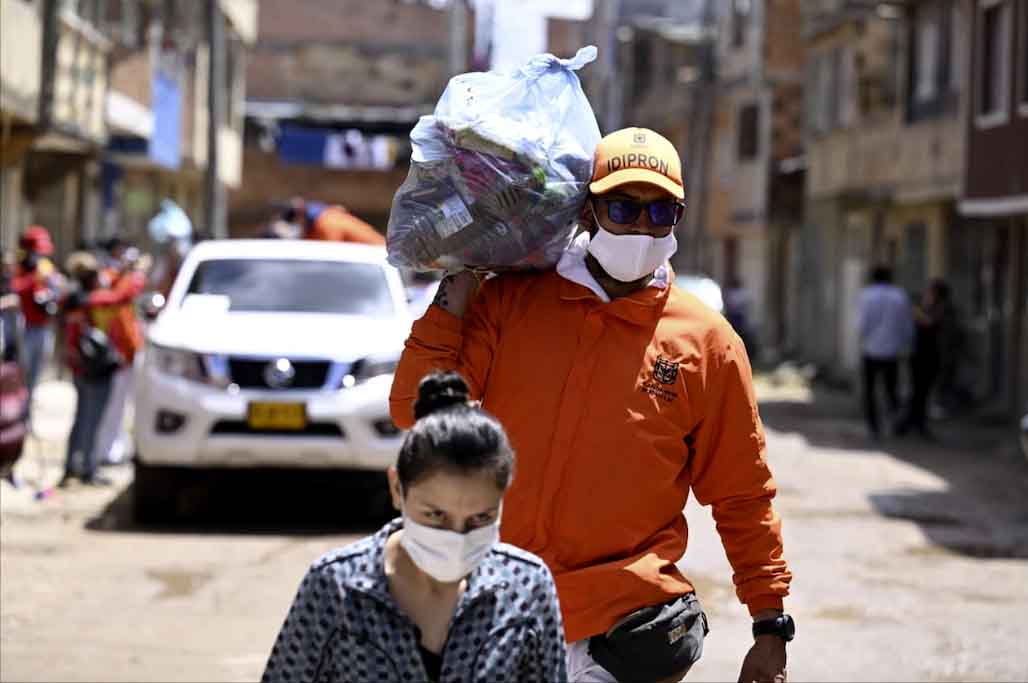 The devastating effects caused by the coronavirus pandemic in Colombia pushed 3.6 million Colombians into poverty last year affirms the most recent report by the Administrative Department of National Statistics (Dane). According to the entity, the percentage of persons now classified poor in terms of the total population is 42.5%, up 6.8 points compared to 2019. The report also highlights that the percentage of people living in extreme poverty also increased 5 points over last year’s 11%. “If there was no institutional aid during the 2020 pandemic, the incidence of monetary poverty in the country would have reached 46.1%,” affirmed DANE director Juan Daniel Oviedo.

Faced with unprecedented challenges to mitigate an economic recession caused by the health crisis, the Colombian government expanded social welfare programs to reach an additional 3 million households with cash subsidies through Ingreso Seguro (Secure Income), as well as relief measures to millions of beneficiaries of other social protection programs.

With 21 million Colombians surviving on COP$331,688 (US$92) each month or households (four persons on average) receiving COP$1,440,000 (US$370) or less, Colombia lost a decade in efforts to reduce poverty. Persons considered to be in conditions “extreme poverty” require at least COP$145,000 (US$40) to acquire 2,100 calories every month to stave off malnutrition.

Oviedo also noted that extended confinement considerably affected the most vulnerable, given that many impoverished households depend on scavenging and informal street sales to get from day-to-day. In DANE’s official figures, Bogotá contributed 27.5 % of the population that entered monetary poverty, and 1.7 million Colombian families do not have access to three meals a day. As part of the government’s COVID-19 emergency response, 5.6 million youngsters received nutritional support at home with school feeding programs.