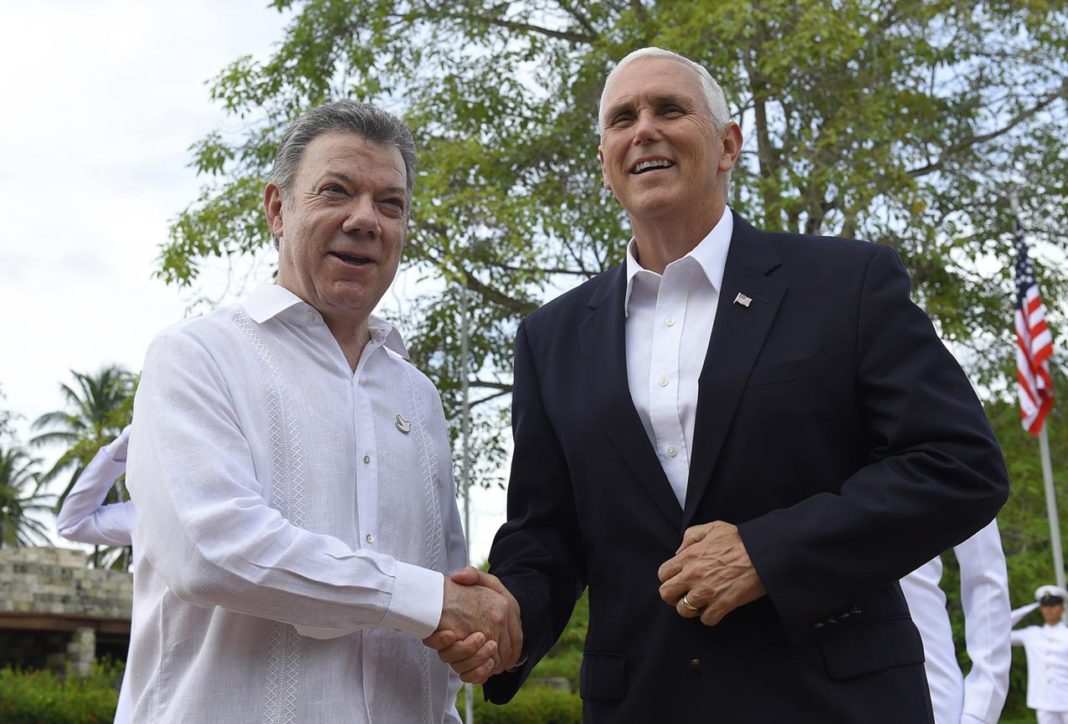 Venezuela’s President Nicolás Maduro has signaled out Colombia as being the “epicenter of an international conspiracy” when last Friday, the nation’s courageous former attorney general, Luisa Ortega Díaz, arrived in Bogotá, accompanied by her husband, congressman  German Ferrer.

Ortega and Ferrer fled Venezuela on a high-speed boat, reaching the island of Aruba before boarding a private jet for the Colombian capital. Upon receiving the news that the attorney general who has challenged Maduro’s autocratic regime was in Colombia, President Santos, placed the high-profile lawmaker under government protection. “Attorney General Luisa Ortega is under the protection of the Colombian government. If she requests asylum, we will grant it,” said Santos via Twitter.

Conservative senator and president of the Colombian Senate, Efraín Cepeda, extended an invitation to Ortega to address a session of the legislative body. “I support asylum for Luisa Ortega, her husband and close advisers. We shall reach out to the defenders of democracy,” he said. According to a report by Blu Radio, Ortega met with U.S government officials over the weekend.

The request for temporary exile by one of Maduro’s fiercest critics, raised the ire of Caracas and threatens to strain an already-strained relationship between the neighboring countries. Tarek Saab, the newly appointed Attorney General who took office after Maduro ousted Ortega on August 5 when she failed to recognize the Constituent Assembly, blamed Bogotá for conspiring against his country’s “peace and democracy.” Venezuela’s Foreign Minister Jorge Arreaza, said Colombia’s decision to offer safe passage to the pro-democracy lawmaker was “cynical.”

On Wednesday afternoon, Ortega was heading to Brazil, after Colombia’s immigration entity, Migración, confirmed her departure from El Dorado airport. Ortega will attend a regional conference of prosecutors before heading to the United States where she may be offered temporary political asylum. Before leaving Bogotá, Ortega met with her Colombian counterpart Nestor Humberto Martínez.

Ortega’s high-profile move stateside may give the administration of U.S President Donald Trump another reason to further escalate tensions with Caracas, after remarking August 12 from Bedminster, New Jersey, that a military intervention for Venezuela would not be ruled out. “We have troops all over the world in places that are very, very far away,” remarked Trump. “Venezuela is not very far away and the people are suffering, and they are dying. We have many options for Venezuela, including a possible military option if necessary.”

On Sunday, August 13, U.S Vice President Mike Pence met with President Santos in Cartagena as part of his first trip to Latin America which included stops in Argentina, Chile, and Panama. While the two leaders discussed a range of issues central to the bilateral relationship, including cooperation on counternarcotics, implementation of Colombia’s historic peace accord, and building the trade and economic relationship, both Pence and Santos expressed concern over the deepening crisis in Venezuela.

Despite almost non-existent diplomatic relations between Caracas and Bogotá, Santos  remarked at a press conference that “other measures” must bring about change in Venezuela, rather than Trump’s seemingly off-the-cuff military option. “Since friends have to tell them the truth, I’ve told Vice President Pence the possibility of military intervention shouldn’t even be considered,” said Santos. 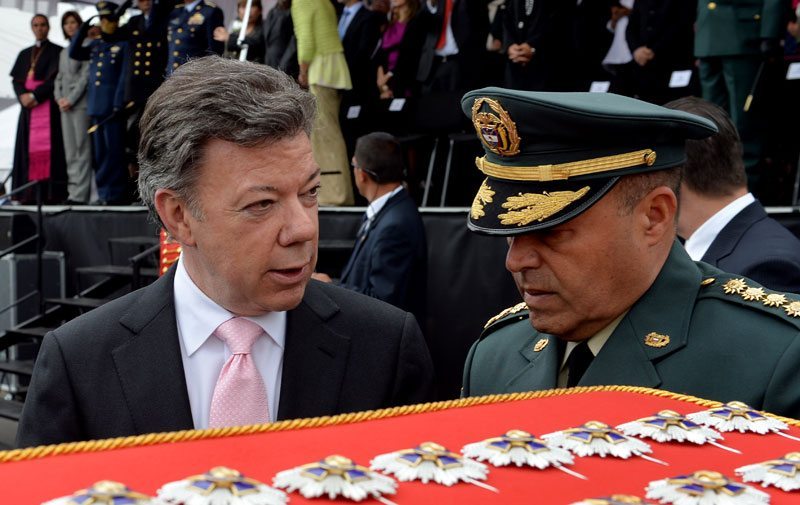