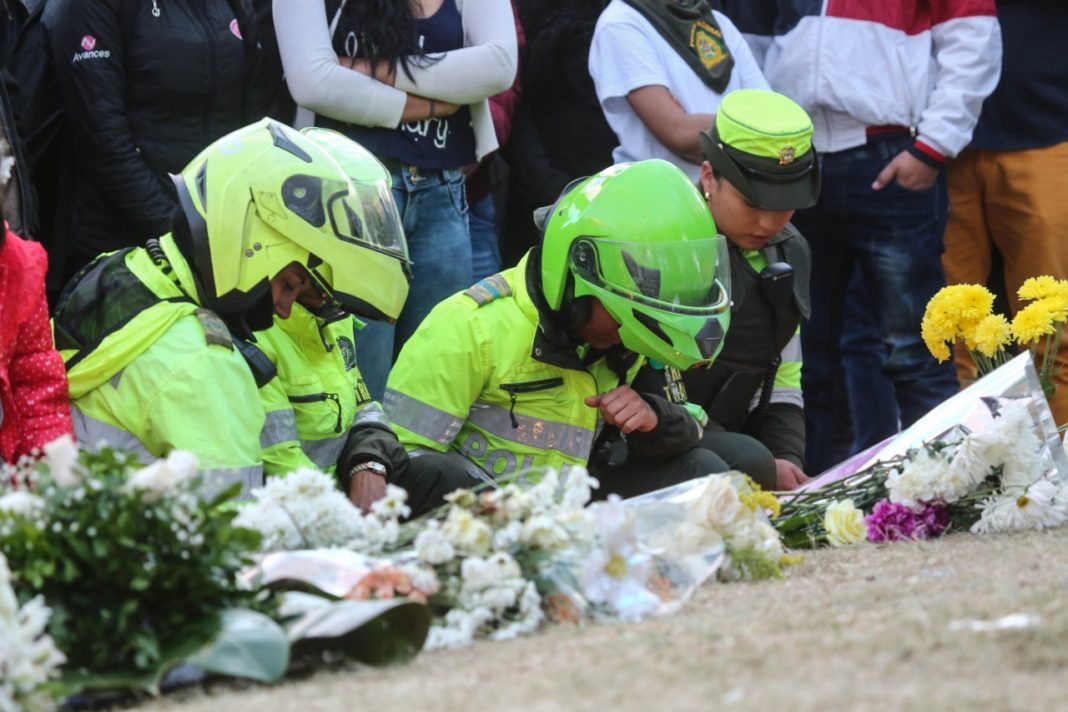 Heightened security measures are in place in all Colombian cities after the ELN detonated a car bomb, Thursday, inside the country’s main police academy in Bogotá killing 21 and leaving 64 injured, including the terrorist, a 57-year-old explosives expert and long-time militant of the National Liberation Army.

The deaths of 20 police cadets who were enrolled in the Escuela de Cadetes General Santander has shocked and outraged Colombians with candlelight vigils taking place outside police stations. In a call for unity as the nation comes to terms with a tragedy orchestrated by the country’s last remaining guerrilla, President Iván Duque and Bogotá’s mayor Enrique Peñalosa are asking Colombians to take to the streets Sunday in mass demonstrations to show solidarity with the families of the victims and denounce terrorism.

In a televised address to his compatriots Friday evening, while facing his first major national security crisis since taking office in August 2018, President Duque energetically asserted that over the last 23 years the ELN has kidnapped 5,682 citizens, which translates into 247 every year, or two people every three days. The president also remarked that ELN was responsible for “eco-suicide” with attacks against the state’s oil and gas pipelines.

“The list of terrorist attacks, kidnappings and crimes is well known to all Colombians,” he noted, recalling “the vile attack” on the pipeline in Machuca, Antioquia, that claimed the lives of 78 Colombians, 20 years ago. “The ELN has shown the undeniable thread that guides them, none other than contempt for life.”

The President also confirmed the end of any possibility of peace talks resuming with the criminal organization, which during the 17 months of talks with the government of Juan Manuel Santos perpetrated “400 terrorist actions in 13 departments, leaving 339 victims and more than 100 dead.”

In a defiant remark directed at the countries that have offered safe haven to ELN’s leadership, Duque asked Cuba to hand over the 10 peace negotiators known to be living on the communist island. He also warned that Colombia would hold the Venezuelan government of Nicolás Maduro “accountable” for protecting terrorists.

The decision to reactivate Interpol’s Red Alert arrest orders against the ELN’s commanders has received support from the international community, affirmed Duque.

As Colombians mourn the deaths of those who were killed in Thursday’s car bomb, governments around the world have also shown solidarity with the country.

Sunday’s demonstrations are scheduled to begin at 9:00 am in Parque Nacional with tens of thousands expected in the Plaza de Bolívar.