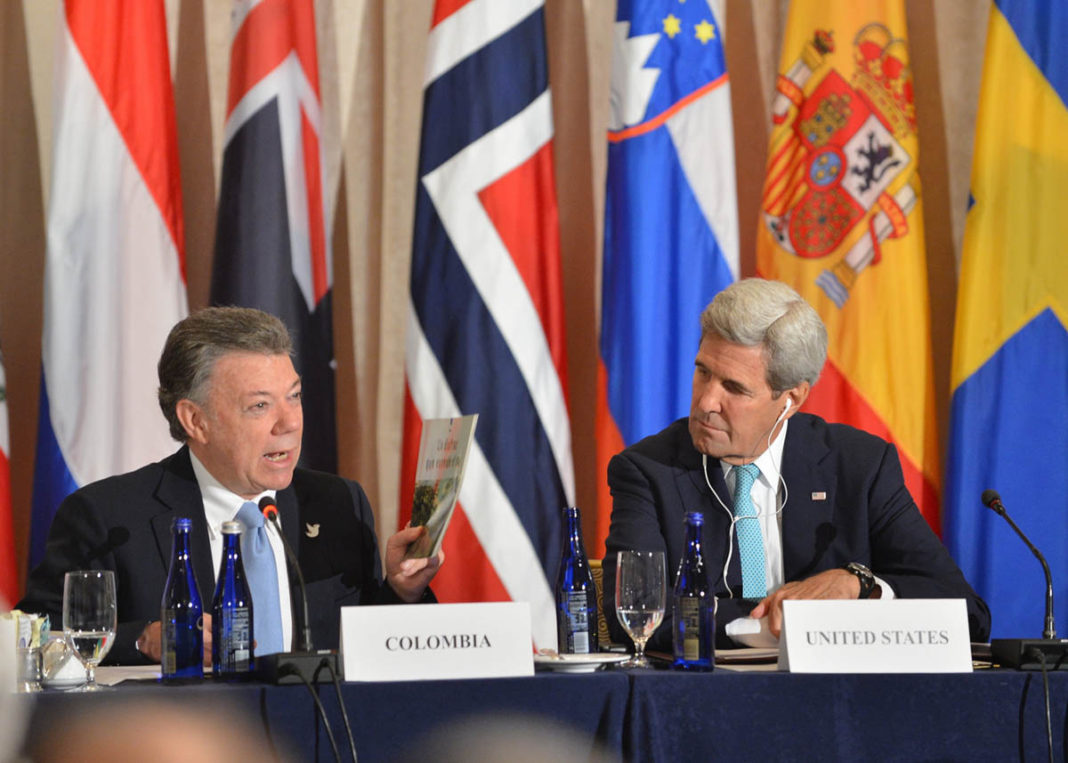 As part of the implementation of the Final Accord reached between the Colombian government and the Revolutionary Armed Forces of Colombia (FARC), all landmines planted in this South American country must be eradicated by 2021.

As a member nation of the Ottawa Treaty, the effort to clear rural areas of improvised explosive devices, as well as remnants of war received an important backing Sunday from U.S Secretary of State John Kerry. Kerry will travel to Cartagena, ‎Colombia, for the signing of the accord on September 26. Kerry will lead the United States delegation and participate in bilateral meetings with regional counterparts.

The U.S. Secretary of State recognized “very tough back-and-forth negotiations” between the government of president Santos and FARC and the “pivotal moment” for both Colombia and the Global Demining Initiative for Colombia, co-chaired by the U.S. and Norway.

“President Santos will attest, the Demining Initiative is both a humanitarian necessity, but it’s also a boost to peace,” said Kerry from the Palace Hotel in New York. “This is one of the things that will help to give confidence to the people of Colombia that the world is invested in this and we are serious about it.”

The senior diplomat recalled how in Bogotá, he met with members of the armed forces and played sitting volleyball with soldiers who had lost their limbs at a recovery center. “I’ve heard testimony from peasant families about children whose lives were lost,” said Kerry of a scourge that has wounded or killed some 11,000 Colombians over the past 25 years.

“Demining is going to allow Colombia’s campesinos to reclaim valuable farmland for productive uses as an alternative to cocoa leaf production – land which is now off limits because of the existence of the landmines,” said Kerry pledging an additional $36 million USD “to end this seemingly endless sense of deterioration and chaos.”

Norwegian counterpart Borge Brende, said his nation will contribute $22 million USD to the initiative that was launched this year in both Washington and Oslo. The European Union and 20 other nations have also pledged financial and technical support for Colombia’s demining effort. “What we do here today can be important not just to Colombia, but can be important to setting a tone for this week of United Nations General Assembly in New York,” remarked Kerry, as heads of state began arriving in New York for the start of the 71st General Assembly.