Just over half of the Colombians who voted on Sunday on a historic peace agreement between the government and the Revolutionary Armed Forces of Colombia (FARC) voted “no.”

It was enough to at least temporarily sink the deal in its current form, leading to some uncertainty about how the county proceeds with peace negotiations that have been ongoing for years.

But while the “no” vote emerged victorious, the demographics of Colombian opinions on the peace deal offer some additional insight into the national mood.

In regions where the FARC has traditionally exercised significant control, the vote on Sunday was overwhelmingly to approve the peace accords. The only substantial exception was in Bogotá, Colombia’s urban capital where FARC violence has rarely been a significant threat.

Take for example, the small town of Bojayá, where a firefight between the FARC and paramilitary forces killed at least 80 civilians in 2002. An astonishing 96 percent voted “yes.”

The story is the same in dozens of other municipalities gravely affected by the violence between the FARC, the government and other armed groups.

The electoral map shows much of Colombia’s extremities — the Caribbean and Pacific coasts, the Orinoco region bordering Venezuela and the south — voting for the peace agreement. With the notable exception of Bogotá, much of the nation’s interior voted against it.

This is significant because FARC has long maintained a strong presence in the parts of Colombia that overwhelmingly voted “yes,” while they had a relatively less-severe impact in most of the regions that were decisive for “no” voters.

A major exception is the department of Antioquia which was decisively against the agreement, and parts of which were once FARC territory. The region is also home to former President Alvaro Uribe, however, who led the campaign for “no.”

There was also a distinct divide between rural and urban voters. Medellín, for example fell in favor of “no” by a whopping 160,000 votes. Bucaramanga, Cúcuta and Pereira also voted “no” while other rural parts of those regions voted “yes.”

Overall, just over 50 percent of Colombians voted “no” on Sunday. Roughly 49.77 percent voted “yes.” A shocking 62 percent of the Colombian electorate refused to vote, the largest percentage in more than two decades. 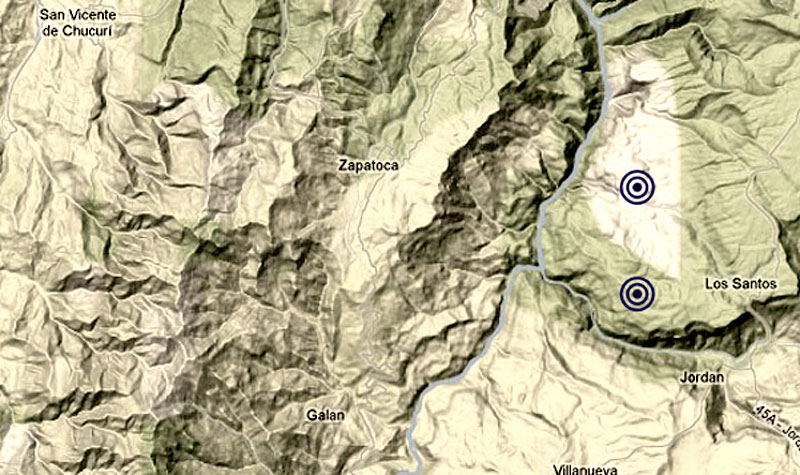