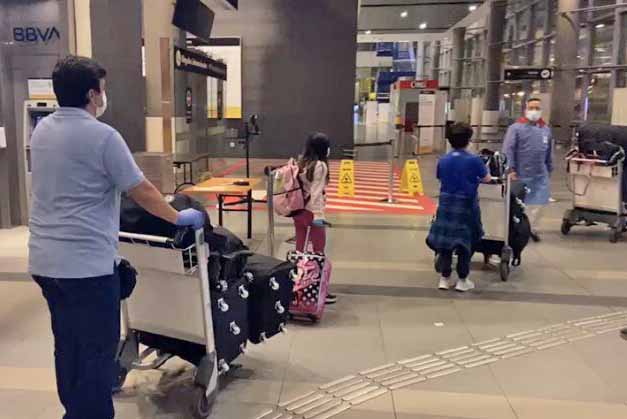 Colombians were stranded around the world after the government declared the National Health Emergency with COVID-19 resulting in the indefinite suspension of all commercial air travel. Espinosa also stated that humanitarian flights have increased from two a week to nine, with more flights scheduled for the month. “Our first objective was to return tourists and individuals traveling on business, however, students and those who have been residing overseas for extended time found themselves in a precarious situation, either out of work with the pandemic or because colleges and universities closed,” he said.

According to health protocols, returning citizens are not allowed to board the plane if they present symptoms of coronavirus or tested positive. The majority of Colombians returned from the United States, followed by Brazil, Mexico and Dominican Republic. Flights have also been chartered from Canada, India, United Arab Emirates, France, Ecuador, United Kingdom, Switzerland among others. The Colombian government does not subsize nor pay for the cost of a repatriation ticket assured Espinosa, adding that even though overland borders are also closed, some 65,000 Venezuelans voluntarily returned to their country in the last two months.

In terms of the numbers of foreigners who found themselves in Colombia under quarantine, more than 10,000 have also made it home on flights coordinated with foreign governments, confirmed Espinosa.