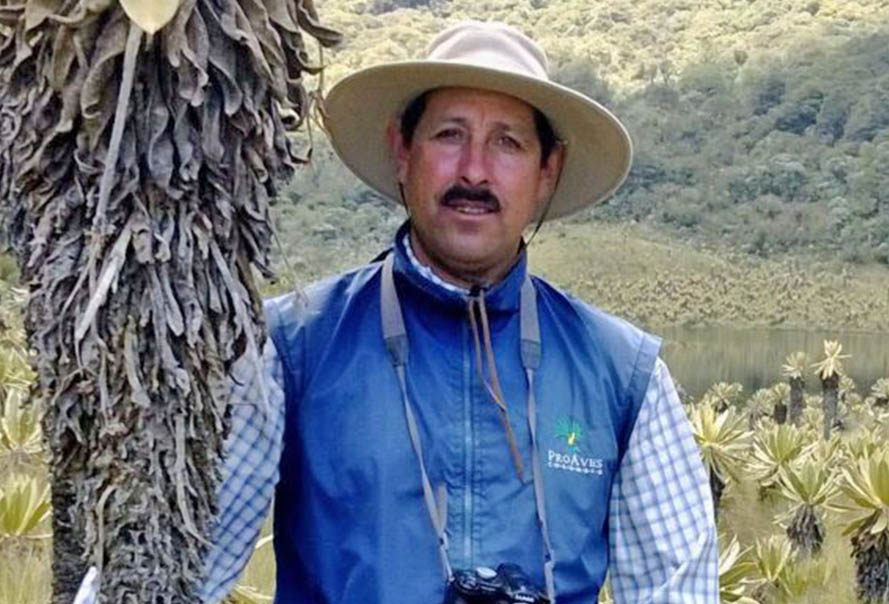 Environmental conservation in Colombia has lost another frontline defender with the death of Gonzalo Cardona. Cardona was widely respected as the guardian of the endangered Yellow-eared Parrot (Ognorhynchus icterotis), an endemic species native to the cloud forests of the Central Andes. The biologist who worked for ProAves as coordinator of the Loros Andino Reserve went missing on January 8 near the village of La Unión, in the department of Valle del Cauca, and his death confirmed Tuesday, victim of a criminal armed group.

Among the many organizations that have condemned the murder of Cardona is the Humboldt Institute. “It is outrageous that the second most biodiverse country on the planet continues to lose its greatest defenders to violence. People like Gonzalo Cardona Molina have done nothing but defend, care for and conserve our great treasures of flora and fauna,” states the Institute’s director-general Hernando García. “The loss of any guardian of biodiversity is an atrocity that must not continue.”

After a 23-year career dedicated to defending a species that nests in the country’s national tree, the Quindío wax palm (Ceroxylon quindiuense), in December, Cardona conducted a national census of the Yellow-eared Parrot and Blue-crowned Parrot, identifying 2,895 members of the species. “Gonzalo always instilled in us his unconditional love for nature, and taught us that one has to love the environment, these things are carried in one’s heart,” claims ProAves in a statement with the loss of a conservationist whose life’s mission was to save a yellow and green plumage bird from extinction.

A 2020 research study led by the University of Newcastle and BirdLife International highlighted how the Yellow-eared Parrot has recovered its population, in two decades, from less than 100 to more than 2,600, despite ongoing threats to its mountainous habitat, including deforestation of wax palms and animal trafficking.