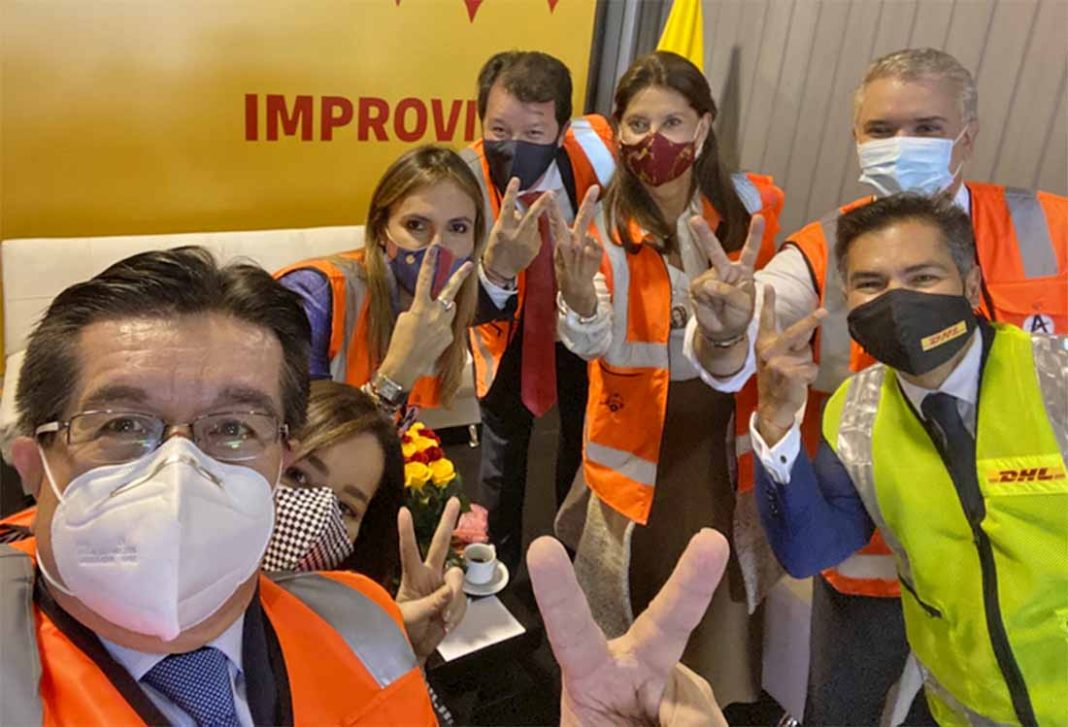 The arrival of the first batch of Pfizer Inc’s coronavirus vaccine was personally welcomed to the country by President Iván Duque, vice-President Marta Lucia Pamírez and a delegation of government officials in charge of implementing the National Vaccine Program. Given the reaction from a selfie taken at the cargo bay of the DHL aircraft, the 50,000 doses draped in a Colombia flag marks a “moment for history” tweeted Minister Ruíz and the first step towards inoculating 35 million citizens.

Ruiz stated that a “new stage of the pandemic has begun” as the country records some of the lowest per-day increases in new infections a year since the outbreak on March 6. On Tuesday, the National Institute of Health (INS) registered 3,510 additional cases of COVID-19, putting the country’s total at 2,198.549. As new cases continue to be added to the daily tally, the number of “active cases” have steadily declined to 43,789 – the lowest number since June 2020.

The first 50,000 vaccines arrived on the same day the country nears 58,000 deaths from coronavirus.

Australia and New Zealand also received their first shipments of the coronavirus vaccine Monday, 80,000 and 60,000 respectively. The first doses in Colombia will be distributed to frontline health workers in three regions: Bogotá, Antioquia and Valle del Cauca. The first batch only covers 16% of the demand for the at-risk medical community. In Bogotá, seven hospitals – Kennedy, Santa Fe Foundation, Méderi, Simón Bolívar, National Cancer Institute, Santa Clara and Health Directorate of the National Police – will begin the vaccine roll-out on February 20.

The Colombian government has secured more than 60 million doses from manufacturers Pfizer, Moderna, Jannsen, AstraZeneca, Sinovac, and the Russian-made Sputnik V to complete the vaccination program before the end of this year.