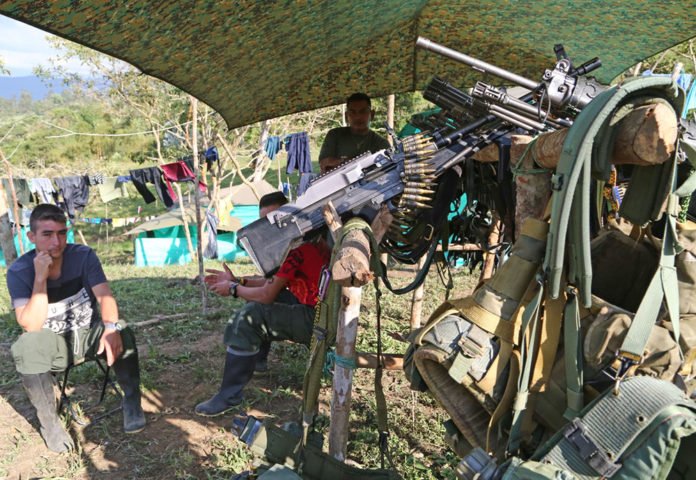 The Revolutionary Armed Forces of Colombia (FARC) guerrilla have handed-over 30% of their weapons to United Nations, confirmed the Colombian government on Wednesday.

FARC’s senior commander Rodrigo Londoño, known by his nom du guerre “Timochenko,” said during a visit to the town of Caño Indio in the Santander department, that his organization “would never return to violence,” and the hand-over of weapons, a task without “regrets, nor tears.” The commander then confirmed on Twitter that: “This is the effective start of our farewell to arms.”

According to the peace accord that was signed last November between FARC and the Colombian government, the next 30% must be handed-over by June 14 and the final 40% by June 20. As part of the peace agreement 7,000 guerrillas are concentrated in 26 Verification Zones across the country, in order to meet deadlines agreed upon by the peace negotiating teams.

An earlier deadline for the arms hand-over had to be modified given the slow implementation process of providing temporary housing and other necessary services within the assigned zones. Both FARC and the Colombian government have agreed that by August 1, all combatants must have demobilized and made their return to civilian life.

The FARC are estimated to have 7,000 weapons – or one rifle for each combatant.