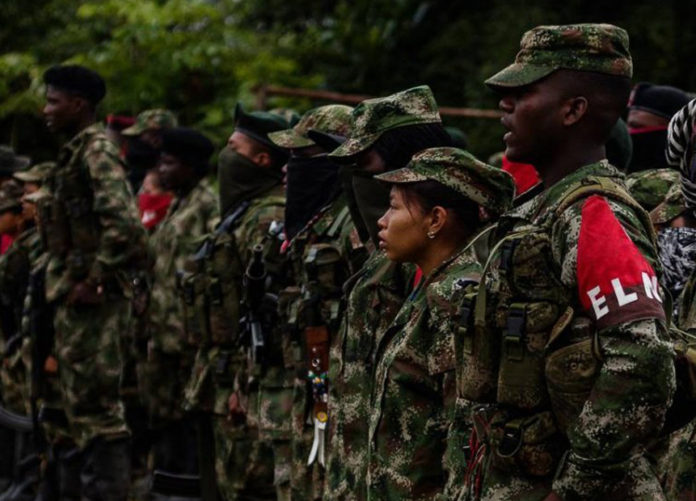 Colombia’s last Marxist guerrilla, Ejercito de Liberación Nacional (National Liberation Army – ELN), announced an “active” ceasefire from April 1 to 30 as “a humanitarian gesture for the Colombian people who are suffering from the devastation of the Coronavirus.”

In a statement posted on the ELN’s website Sunday evening, the 3,000-strong guerrilla clarifies that even though the ceasefire is unilateral, it is also “active” because they reserve the right to defend themselves “against attacks carried out by state forces, paramilitaries, and drug gangs.”

The statement by the group’s Central Command also calls on the government of President Iván Duque to “decongest prisons and order the immediate release of political prisoners,” incarcerated for belonging to guerrilla groups, as well as prisoners serving terms less than 10 years and persons above the age of 60.

Among economic and social objectives outlined in the ELN’s ceasefire announcement are provisions that the “government provide free testing of the contagion, medical supplies and medications to prevent the spread of Coronavirus.” The guerrilla also claims that the government “should provide a subsidy to small and medium-sized industrialists, merchants and peasants to guarantee the payment of their payrolls.”

The ELN also supports the appeal for a “global ceasefire in all corners of the world,” made by the UN’s Secretary-General Antonio Guterres with the onslaught of Covid-19 pandemic. The plea for the immediate cessation of hostilities in the world has also been made by Pope Francis.

The ELN was founded by Camilo Torres, a Catholic priest and son of a Bogotá physician. In February, the ELN announced a nationwide Armed Strike to mark the anniversary of the death of Camilo Torres in 1966 during a confrontation with the military. The 72-hour Paro Armado ordered civilians to stay inside homes “to avoid regretful consequences,” yet allowed the unhindered movement on Colombian roads of ambulances and funeral hearses.