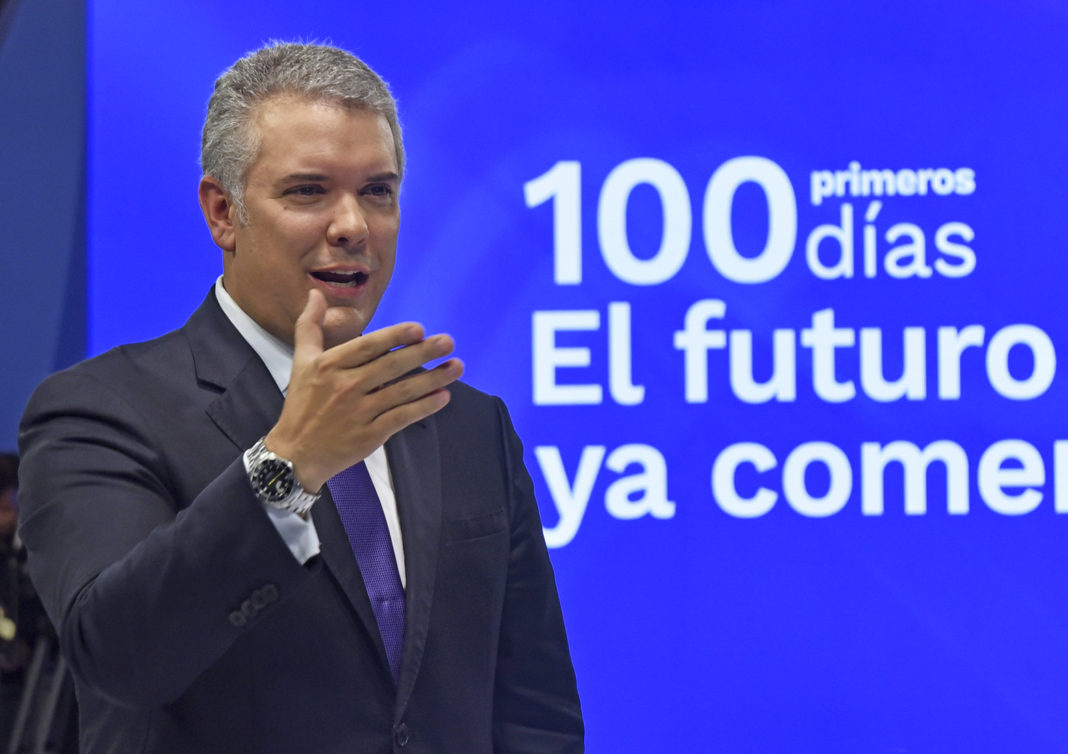 President Iván Duque is facing the most critical week during his first 100 days in office as students enrolled in Colombia’s public universities prepare for another nation-wide protest to pressure the government for an additional $500,000 million in state funding for 2018.

Scheduled for November 28 and the eighth demonstration by students from the country’s 32 public universities, as well as technical learning service SENA, the protest comes as the government is scrambling to find the necessary resources to fill a fiscal deficit of $14 trillion pesos – an estimated US$4,4 billion – to finance the 2019 budget.

As part of the so-called Financing Law (Ley de Financiamiento) presented to Congress that includes extending the Sales Tax to more products, President Duque has pledged additional funds for public education, but not until 2019, when the national debt is lowered to 2.4% of GDP from the current 3,1%. Finance Minister Alberto Carrasquilla has stated that by reducing IVA from 19% to 17% and extending a lower rate to include basic household products an additional $11 trillion pesos will enter the economy and uphold Colombia’s sound credit rating.

While economic recovery takes to the floor in Congress, tens of thousands of students are determined to take to the streets next Thursday in another show of defiance that will result in mobility mayhem in the country’s largest cities. While the numerous student groups organizing the protests insist that they march in peace, various incidents in Bogotá have resulted in widespread vandalism to private property and the city’s historic landmarks. During the November 15 march, the city’s public transport system TransMilenio was forced to re-route its articulated buses after students blocked major roads and busy intersections.

The urgent challenge of modernizing education at a time in which the Colombian economy is strapped for cash, is one of many hurdles President Duque’s administration has faced in its short tenure, let alone having to pay the way for some 2 million Venezuela refugees that have streamed across the border during the last 18 months. “Let’s talk about firmness. Let’s talk about the decisions that have been made during these 100 days,” said Duque during an RCN interview that referenced the crisis in neighboring Venezuela. “Colombia lacked firmness for a long time in denouncing what was happening with the Venezuelan dictatorship. We said, without entering into a warmongering discourse, that we are going to show the true character of a government that defends democracy.” In terms of the on-going migrant issue, President Duque added that it is “a situation of enormous consequence for Colombians and one that affects the entire region.”

Setting an example regarding the need to cut costs, Duque announced he was reducing his personal security detail 17%. “For President Duque, it is necessary to be coherent with respect to austerity measures and govern by example,” remarked the Secretary-General of the Presidency, Jorge Mario Eastman.

Just 100 days in office and President Duque has faced a fickle opponent: the pollster. A November Invamer poll put his support at 27%, forcing the President to respond. “This may reflect a popular feeling, what the public is thinking, but one can not turn to polls as an emotional anchor or the government’s anchor.” The president went on to state that he was elected “to work 24/7 to win the affection of the Colombian people and show that we are capable of transforming realities.”