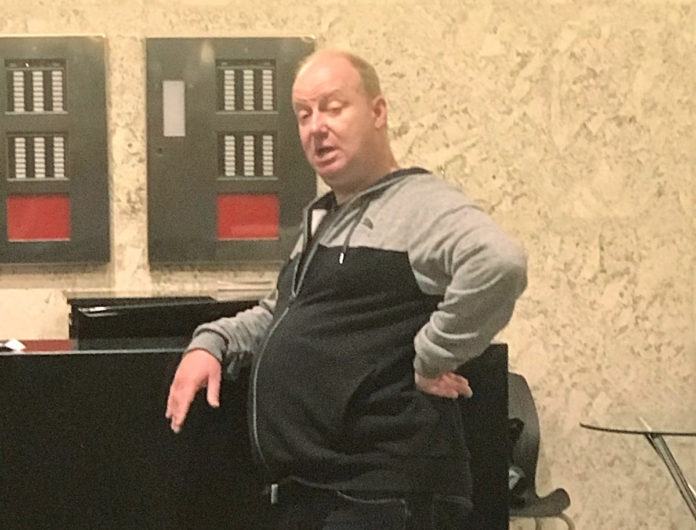 Winston and Erika were inside their apartment preparing a dinner for a friend when, at 6:50 pm, a complete stranger stormed through their door with a female companion, who blocked the apartment entrance making sure the couple couldn’t escape. Reimschneider  began hitting the couple, violently punching them multiple times in the face and chest.

“When he started punching us, I tried to reach for the phone to call security downstairs, but every time I reached for the phone, he would punch me in the face or try to knock the phone out of my hand,” said Waikiki in an interview with The City Paper. “Eventually my wife and I managed to sandwich him front and back.”

In an attack that lasted several minutes, Erika was thrust against a wall, causing injuries to her neck and arms. Winston was kicked multiple times in the side, and cut when pushed to the floor. “When he struck me, I fell, and I was able to somehow get out and call for help […] other people in the building were looking down to see what was happening,” recalls Waikiki.

Waikiki managed to make it to ground floor to ask for help. The building’s CCTV cameras located the assailant on the 14th floor where he was staying in rental 1412.

After receiving a call from the building’s security staff, two police officers arrived at BD Bacatá and took Reimschneider into custody. According to the couple, the attacker had been “screaming in German and reeking of alcohol” during the attack.

Erika and Winston were treated on Saturday for injuries sustained during the incident. The couple had been living in Bogotá for a year in their apartment.

“This was the scariest moment in my life and we’ve never had anything like this happen, especially in a building we presumed was nice and safe,” said Waikiki.

Winston is a technology consultant and managed to capture the brutal attack on a personal surveillance camera he had installed against robberies. “I’m very lucky to have the security camera. I was able to capture everything.”

The 49-year old German citizen may have been released Saturday by the police.

The alleged female accomplice, Angelica Acuña Urbina, has no prior criminal history, yet was identified in the video as aiding Reimschneider. She denied knowing the suspect when interrogated by police, but was taken into custody, after the police saw Waikiki’s home video. “They tried to trap us inside our apartment. We were lucky to get out.”

AirBnB has launched an investigation in the Bogotá incident involving one of their rentals, but according to the victim, “can’t seem to figure out who the person is, or whether he is an AirBnb guest.”

AirBnB contacted The City Paper citing: “the individual involved in this situation – Frank Reimschneider – was not an Airbnb guest when this incident occurred.”