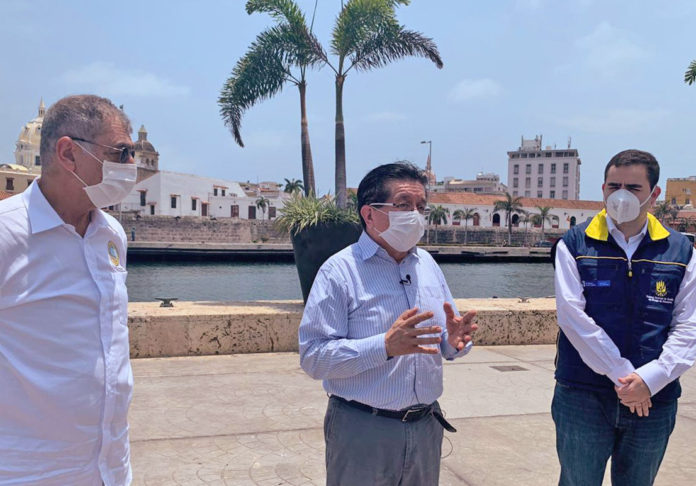 The coronavirus outbreak in Bogotá – for those following the daily tally of infections – has been frustrating, disheartening and occasionally encouraging since the first case was confirmed on March 6.

On Friday, with 115 new cases reported in the capital by the National Institute of Health (INS), the situation once again appears to be improving – given that the country confirmed 606 new cases putting the new total at 14,216.

Despite the high number of COVID-19 in Colombia, Bogotá, with 5,008 cases now represents 35% of the nation’s total, having started the week at 38%. The four-point drop contrasts with other regions struggling to mitigate the contagion, especially in the departments of Meta, Magdalena, Amazonas, Nariño, Valle and Atlántico.

The country’s three largest coastal cities – Barranquilla, Cartagena and Santa Marta – have all seen increases in their coronavirus cases, with 85 confirmed in Cartagena on Friday. “We have to act fast and work together for Cartagena,” remarked Minister of Health Fernando Ruíz after meeting with local authorities in the historic port to assess medical infrastructure.

The department of Bolívar – of which Cartagena is the largest city – has more 1,136 cases and has reported 65 deaths of the country’s 546 fatalities. Minister Ruíz stated that “particular situations” of the disease involved Ternera penitentiary, the Bazurto market and several hospitals. “Cartagena’s epidemic is disseminated,” affirmed Minister Ruíz. Cartagena Mayor William Dau has enforced strict quarantine measures with the National Health Emergency, including a ban on liquor sales during the weekend that celebrated Mother’s Day.

Friday’s 21 deaths occurred in Bogotá, Tumaco, Mosquera, Cali, Barranquilla and Leticia. Bogotá accounted for two of the victims. All fatalities suffered from pre-existing medical conditions, among them, cancer, hypothyroidism, diabetes and cardio-respiratory failure.