Sunday’s congressional elections measured Colombia’s current political pulse – albeit a faint one.  More than half of eligible voters abstained from the elections and those who did vote largely chose to uphold the status quo.

Although President Juan Manuel Santos’s party, Partido de la U, and its allies lost some of their seats, they retained a majority in congress. While they will likely still be able to pass government projects, they have gained a formidable opponent in ex-president turned senator Álvaro Uribe Vélez and his party Centro Democrático.

Uribe finished his term as president in 2010, but never really took a break from politics. His continual lambasting of the Santos administration has kept him in the public eye and Sunday’s elections demonstrated that he still wields considerable political capital. Uribe’s party won 14.3 percent of the vote, finishing just behind Partido de la U, which received 15.6 percent.

Yann Basset, Director of the Electoral Process Observatory at the Universidad del Rosario, says the arrival of the Centro Democrático represents a welcome change in the composition of congress. “The government had a considerable majority in both chambers and it was a perverse situation because there was no debate, the debate had been lost,” he explains.  “There’s going to be a lot more debate now. Uribismo doesn’t have the weight to block the government’s projects, but it has a podium.”

The congress elected on Sunday will not only steer the country’s political course for the next four years, but also likely determine the success or failure of the peace process.  Assuming the Colombian government reaches an agreement with the Revolutionary Armed Forces of Colombia (FARC-EP) guerrillas, the Senate and the Chamber of Representatives will have the responsibility of determining whether or not to approve a peace agreement and, potentially, the onerous task of translating that agreement into enforceable laws.

Uribe has been a vocal critic of the government’s negotiations with FARC and his election to the Senate, along with that of eighteen other members of the Centro Democrático, could pose a challenge to the peace process.  His party adamantly opposes allowing demobilized FARC members who have committed serious crimes to participate in politics, even though political participation is one of the key pillars of the negotiations.  When it comes to issues of peace, however, President Santos’s allies in congress are supported by the leftist parties, giving them a clear majority.

It’s difficult to know how much the recent election results reflect citizens’ views on the peace process since 56 percent of eligible voters stayed home on election day. This high rate of abstention is relatively consistent with previous elections and represents only a slight increase from 2010.  “There’s little political integration ,” says Basset.  “Citizens feel that the legislative elections are quite distant from the people.  They don’t see concrete effects on their lives.”

While the high level of abstention doesn’t bode well for democracy, security on election day has improved greatly in comparison with previous years.  At a press conference after the polls closed, Minister of Defense Juan Carlos Pinzón announced that Sunday’s elections were the safest in two decades.  There was only one terrorist attack, allegedly unrelated to the elections, reported this year, compared to 179 attacks on election day in 2002 and 10 attacks in 2010.

The Electoral Oversight Mission from the Organization of American States applauded the improved security situation, but expressed concern over the high levels of voter abstention. In a meeting with Colombian officials, the director of the mission, José Antonio Viera-Gallo, suggested closing shops during the next election and providing free transportation to the polls to increase voter turnout.

While much of the political commentary appears to be focused on how Santos will deal with an Uribe face-off, another less surprising result on election day was the voters’ endorsement of former Bogotá mayor Enrique Peñalosa to lead the Alianza Verde party in the mid-year elections.  With close to 1.4 million votes backing his presidential aspirations, Peñalosa defeated fellow candidates John Sudarsky and Camilo Romero.

Yet political divisions are running deep within the Green Alliance party and skeptics of Peñalosa claim that in order to lead a campaign against incumbent Santos and his VP running mate, German Vargas Lleras, the former mayor has to rally and convince voters from the Movimiento Progresistas – the party of embattled Bogotá mayor Gustavo Petro. “We all know Peñalosa is hardly the ‘Green’ candidate,” states lawyer Daniel Pardo. “He belongs to the Petro camp.”  On Tuesday,  Senator Sudarsky said that he would not accompany Peñalosa in the presidential bid.

In the meantime, having political heavyweights like Uribe and former governor of Nariño Antonio Navarro Wolff in congress should make for some lively debates and give President Santos’s coalition a run for their money. 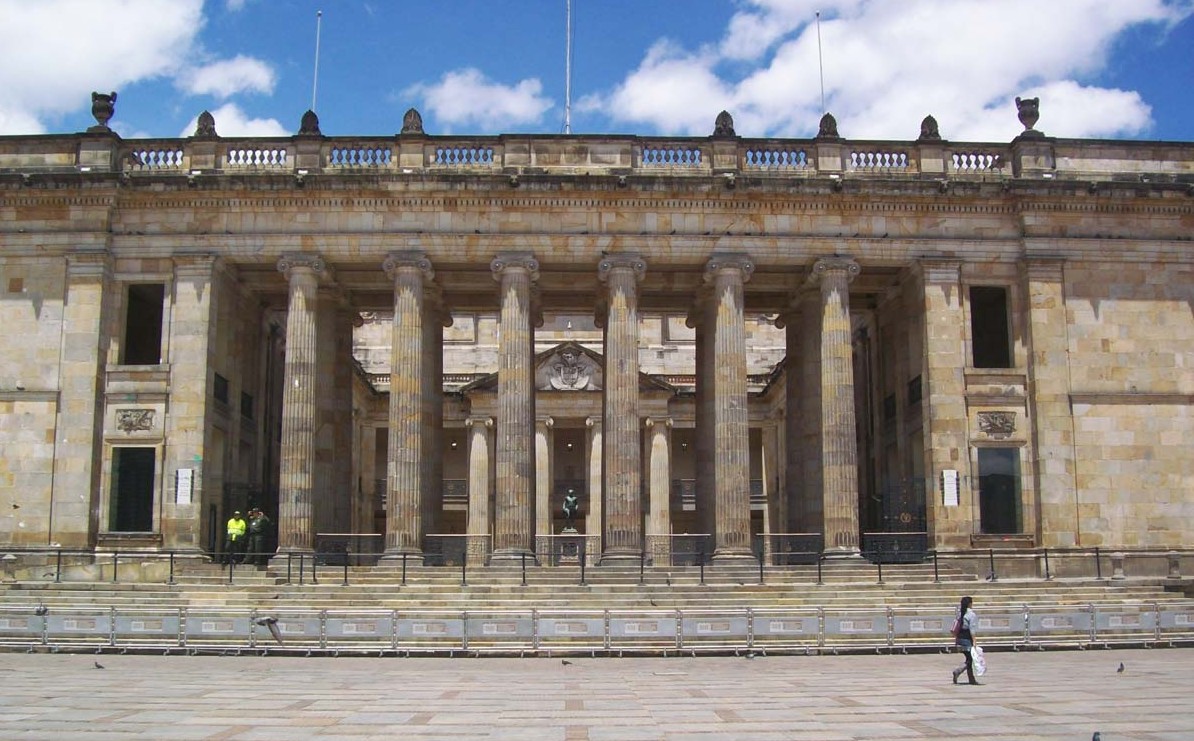 Congress prepares for the post-conflict