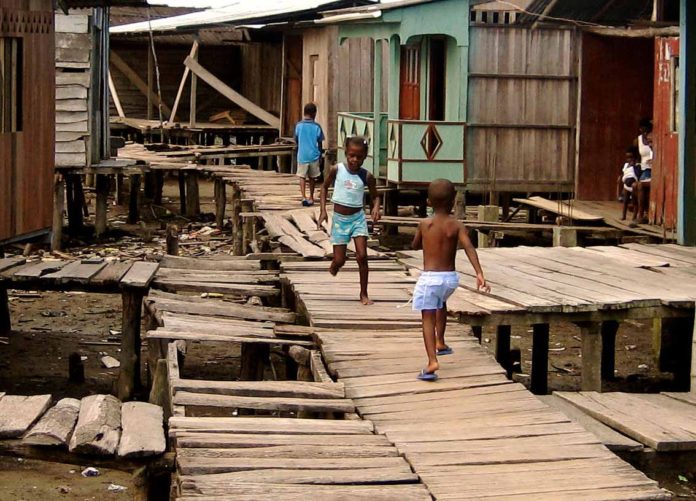 Extreme poverty, overcrowded slums, lack of access to sanitation are some of the precarious social conditions that have caused coronavirus to spread among the most vulnerable in Colombia’s port cities, among them, two of the most important on the Caribbean coast – Barranquilla and Cartagena – and largest on the Pacific Ocean, Buenaventura.

As cases of COVID-19 continue to increase across the country, with 43,682 in total, Barranquilla on Wednesday reported 17 of the day’s 61 fatalities with more victims in nearby Soledad (5), as well as rural townships of Malambo, Ciénaga and Galapa in the department of Atlántico.

A similar tragedy is unfolding in Buenaventura, home to a predominately Afro-Colombian population, and whose proximity to the departmental capital Cali has facilitated the spread of the contagion among both populations. According to the mayor of Buenaventura Víctor Hugo Vidal, the high numbers of infection have exposed deep social and economic inequalities between the Pacific region and interior, as well as the lack of discipline among many of his residents. While the government at the national and local levels has obligated citizens to wear facemasks and exercise social distancing, amateur videos surfaced this week of clandestine, after-hour parties in Buenaventura. On Wednesday, Buenaventura registered four additional deaths from the virus.

The same indiscipline applied to many residents of Barranquilla, who during the initial days of the quarantine, took to the streets and pack public transportation in clear defiance of the government decree. With Colombia’s major cities – Bogotá and Medellín included – adhering to a strict lockdown, the virus-infected public markets, among them, Cartagena’s Bazurto.

The first cluster in this popular market put local health authorities on alert given its strategic location for food distribution at the heart of the city and attraction frequented by outsiders. The newly-elected Mayor William Dau responded to the outbreak by closing Bazurto, enforcing strict quarantine and banning the sale of alcohol. The grounds of the Colombian Navy base had been equipped by the Ministry of Health as a temporary field hospital to attend COVID-19 patients weeks before cases began to rise. Given Cartagena’s importance as a tourism destination, the city does have advanced medical facilities, including the military-operated Hospital Naval. Cartagena’s mortality rate, however, continues to be high, with an additional nine deaths on Wednesday.

As Cartagena reveals a slight decrease in new cases, the same applies for Leticia, the capital of Amazonas, and another region that has been impacted by the rapid spread of coronavirus among its majority indigenous population. On Wednesday, the Ministry of Health released a statement regarding Leticia, claiming that “the situation is being controlled [..] and epidemiological curve flattening.” The Ministry also stated that of 2,033 active cases on June 9, 1,070 have recovered and 890 patients continue to receive treatment.”

Bogotá appears to be maintaining a steady level in new infections with 443 on Monday, 380 on Tuesday and 421 on Wednesday. Despite the focus of the outbreak since March 6 when the first case was imported from Italy, with 14,132 cases, Bogotá represents 32% of the national total. Medellín, with a population close to two million inhabitants, is out-performing the rest of the country with only 1,704 patients and no fatalities since May.

The focus for the government of President Iván Duque is strengthening healthcare access and medical infrastructure in its port cities and regions where intense clusters have the potential to devastate impoverished communities. With scientific experts predicting that Colombia will peak in infections mid-June, citizens are being advised to not lower their guard, and just weeks before the country fully reopens.