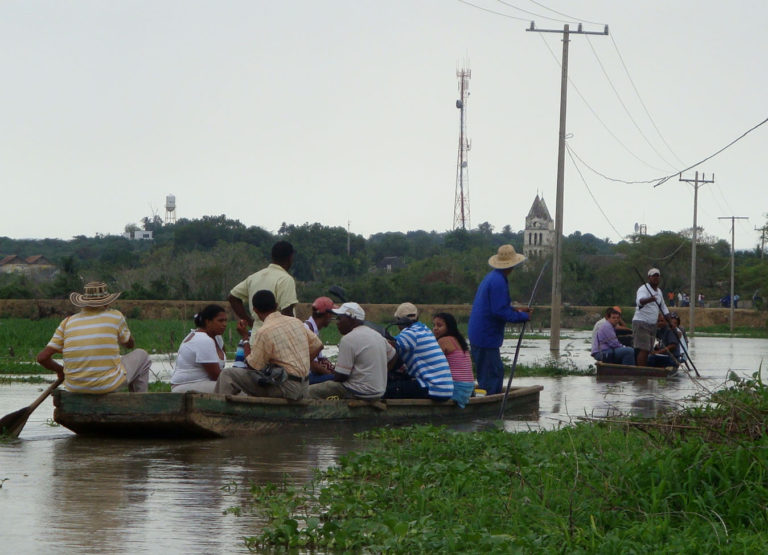 Colombia’s meteorological agency IDEAM has issued its highest alert for flooding after heavy rainfall and persistent storms are affecting large areas of the country. Even though the wet winter, known as  invierno, usually hits hardest in April, most of Colombia has been bearing the brunt of very wet weather, especially the Andean interior.

The agency decided to raise its warning to a “red alert” after the pre-season rainfall has been heavier than expected, and a preventive measure for towns located along the flood plains of the Cauca and Magdalena rivers.

According to IDEAM, 28% of the country is at risk of flooding if the heavy rains of the El Niño weather phenomenon impact Colombia after causing widespread destruction across neighboring Peru.

While Peru tries to come to terms with the worst flooding in decades and that has resulted in tens of thousands homeless and 70 killed, the Colombian government is putting emergency measures into place in the eventuality that El Niño, in the upcoming weeks, drops more than its expected rainfall.

The departments most at risk are Valle, Atlántico, Cundinamarca, Magdalena, Antioquia, Córdoba, Cesar, Cauca and Meta. Three major cities – Bogotá, Cali and Barranquilla – have also been included in the red alert given their proximity to rivers that in the past are prone to breaking their banks, causing flooding to nearby towns. The IDEAM predicts April could be one of the wettest on record, potentially damping holiday plans for millions traveling during Holy Week.