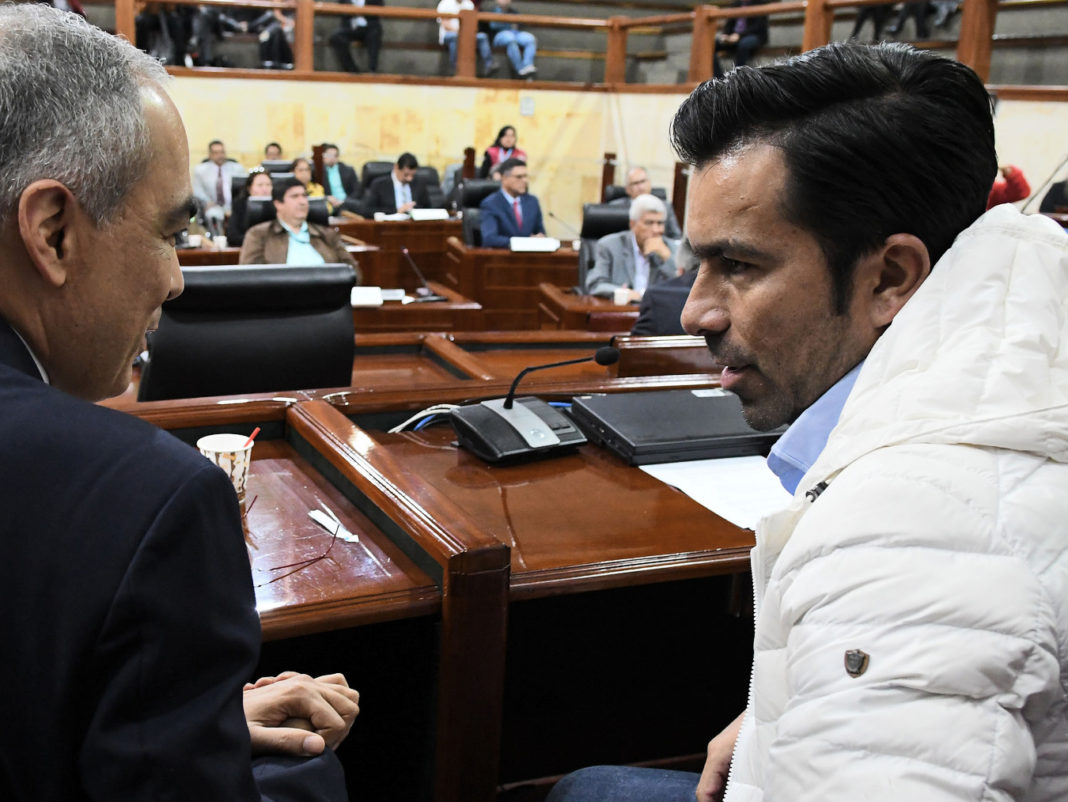 A feared paramilitary leader who commandeered death squads across western Cundinamarca department, has publicly asked forgiveness from his victims. Known by his wartime alias “El Águila” (The Eagle), Luis Eduardo Cifuentes was a member of the paramilitary organization Autodefensas Unidad de Colombia (AUC) – United Self-Defense Forces of Colombia – from the mid 1980s to his demobilization in 2004 as head of the Cundinamarca Bloc.

On Friday, during an assembly of the Territorial Council of Peace, Cifuentes addressed the audience saying: “I apologize to all the victims and reiterate my commitment to the non-repetition of violence. I belonged to the self-defense groups since I was a child and saw acts of war because my father participated in the political violence of this country.”

In his public apology, Cifuentes also remarked, that since his demobilization as part of an agreement struck between AUC and the government of Álvaro Uribe Vélez, he served 11 years in La Picota’s maximum security prison and that were “the best of my life, because I stopped committing acts of evil.”

Cifuentes is one of the 33 members of the Peace, Reconciliation and Coexistence Council of Cundinamarca. The former AUC commander also admitted to having met his former enemies from the Revolutionary Armed Forces of Colombia (FARC) over lunch. “We recognized that we were all the same kind of bad. We did so much damage and we were all wrong.”

After his demobilization in 2004, Cifuentes was given a reduced sentence for 180 crimes committed against civilians. His 800-page sentence revealed extensive use of torture, such as death by asphyxiation; throwing his victims naked with hands tied into fields full of ants; burning them with matches and acid; dismemberment with chain saws; stabbing and electric shocks to genitalia. He justified torture in his relentless fight against FARC, that had large swathes of western Cundinamarca under its control.

While serving out his sentence, Cifuentes earned a law degree as part of an agreement between Colombia’s prison directorate INPEC and the Corporación Universitaria de Colombia – IDEAS.

Cifuentes’ confession “shows Colombia’s peace is working” said High Commissioner Rivera at the Council. “When a man like him decides to do good, many lives are saved.”