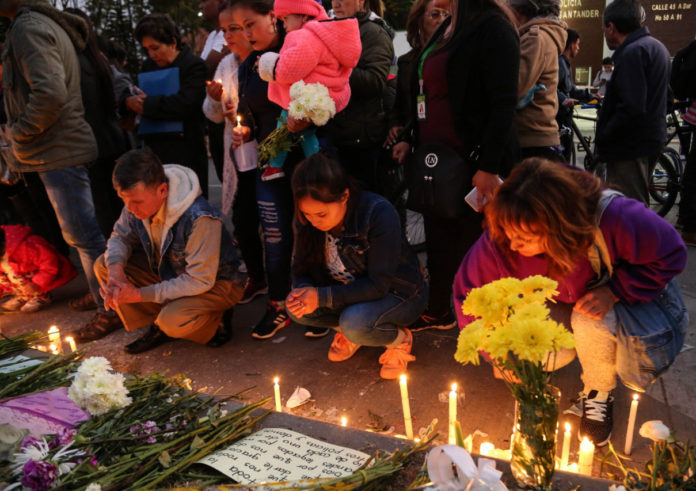 Five days after a car bomb detonated inside a police academy in Bogotá killing 20 cadets and resulted in widespread condemnation by Colombians and foreign governments, the National Liberation Army (Ejercito Nacional de Liberación) – ELN – released Monday an official statement in which they claim responsibility for the attack. “The Cadet Academy of the National Police is a military installation where officers receive training to carry out combat intelligence, operations, and participate actively in the counter-insurgency war,” reads the statement by the group’s central command.

The 3,000-strong Marxist guerrilla justified the attack stating “the President didn’t give the necessary dimension to the gesture of peace that ELN offered over Christmas and the end of the year holidays, and answered by carrying-out military attacks against us, across the country. He also ordered the bombing on December 25 of one of our camps, launching more than 12 bombs with hundreds of explosives each, affecting a family of farmers close by.”

The communique continues, stating that “it is disproportionate to think that while the Government attacks us, we cannot respond with legitimate defense. We are prepared to agree upon that certain military installations are respected and certain areas, as well as the camps where ELN operates, for the advancement of the peace talks.”

The Marxist guerrilla concluded with a call to President Duque stating “the road of war is not the future of Colombia, it is peace, and therefore we remind the President to give continuity to the peace process by sending the negotiating team to the table, so that we can build upon accords reached with the previous government, and negotiate a political settlement to a conflict that has the support of the majority of Colombians and international community.”