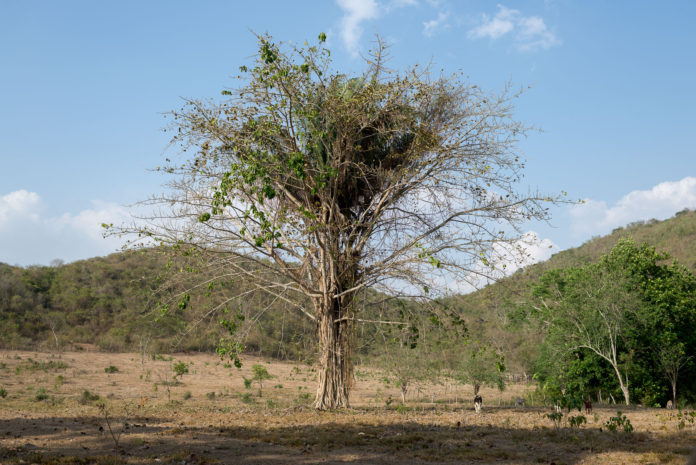 Colombia is one of the most biodiverse countries on the planet, but a report released this week by the Humboldt Institute presents a disheartening panorama for the survival of 2,700 species.

The Humboldt’s Biodiversity Assessment and Monitoring Program identified flora and fauna species in remote regions threatened by deforestation and with data provided by Colombia’s Institute of Hydrology, Meteorology and Environmental Studies (Ideam).

The core deforestation areas are located in the western Amazon departments of Caquetá, Guaviare and Meta, the mountain ranges of Catatumbo (Norte de Santander) and Paramillo (Córdoba), as well as the Chocó litoral.

In these geographic zones, 2,697 species – 503 animals and 2194 plants – are classified as endangered due to the accelerated loss of forests and wetlands. According to the conservation entity, these numbers are considered “conservative” given the lack of sufficient biological data and scientific exploration.

Among the 2,700 species of flora and fauna in these biodiverse regions, 31 are listed as “extinct”, including the almond tree, the magnolia (Almanegra laurels), cumin (Aniba perutilis) and cedars (Cedrela).

In the western Amazonia, the most vulnerable species are amphibians that depend on the forest cover, such as the Boana nympha tree frog and the poisonous Ameerega hahneli. The mammals listed as most critical are the Callicebus caquetensis monkey whose habitat has been reduced to a small area of Caquetá, as well as the churuco (Lagothrix lugens).

At the deforestation core affecting the foothills of Paramillo National Park in southern Córdoba, environmentalists are worried that the marsupial frog (Hemiphractus fasciatus) and crystal frog (Nymphargus chami) may have a slim chance of survival. The most affected bird in the department is the Piquiil piquiazul, followed by a great raptor, harpy eagle and green macaw.

The jungle tapir, inhabiting most of the Pacific coastal rainforest, is the largest endangered mammal in Colombia claims the organization named after the mid-19th century German naturalist and explorer, Alexander von Humboldt.

In the northwest of Colombia, the white-headed tamarin has been severely impacted by the loss of its natural habitat to open pit gold mining and wildlife traffickers. And in the lowlands of the Atrato River basin and southern Chocó, the golden frog (Phyllobates bicolor) and Paujil chocoano bird (Crax rubra) are some of the rare species that face extinction with indiscriminate deforestation and contamination of wetlands. One species, however, the bobito (Bucco noanamae)was recently discovered in Noanama, a town near Istmina, Chocó, and has managed to survive despite extensive logging and hunting.

The Humboldt Institute’s report also highlights the devastating consequences to many other species in this country unless urgent action is taken to stop rampant deforestation.